The Hype of Self-Driving Cars Versus the Reality 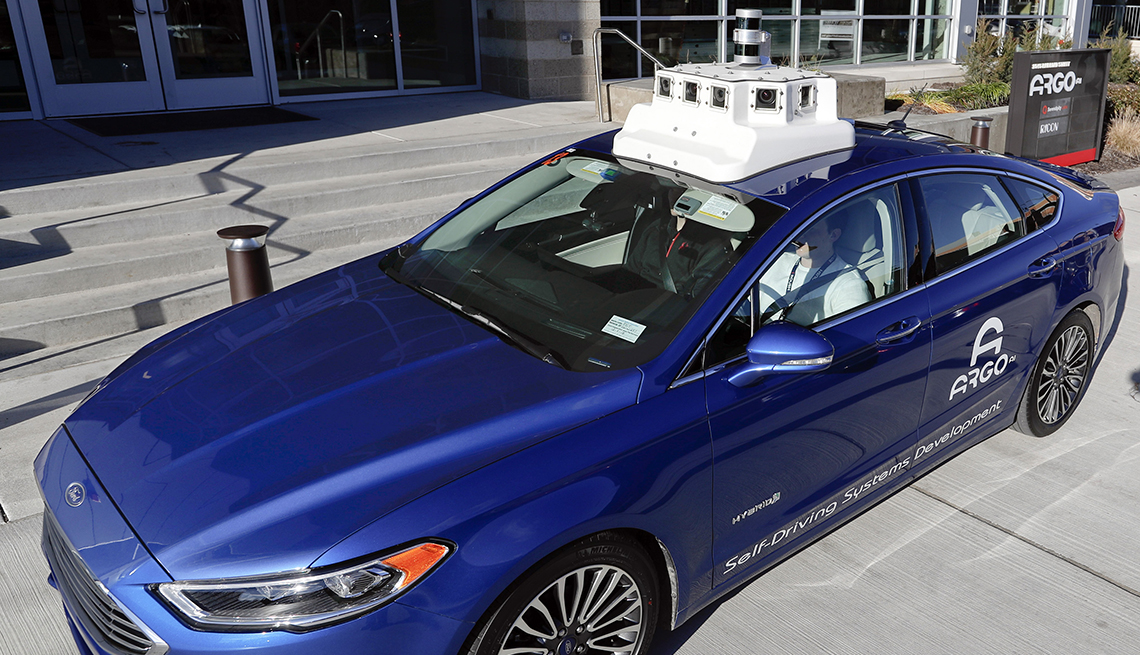 "Everyone wants to know, when will cars truly drive themselves?” Akio Toyoda, chief executive of Toyota, said in addressing the press in Las Vegas.

Speaking at CES, the annual technology trade show in January, the head of the world's largest automaker was acknowledging what many have been quietly saying for months: Autonomous vehicles won't be going on sale soon.

While many consumers remain skeptical about cars speeding down Main Street without human supervision, one group has been notably more receptive — boomers who know the time is coming when they will have to give up their car keys. Autonomous cars would mean freedom for those who won't be able to drive but want to stay mobile and self-sufficient.

"My 82-year-old dad is incredibly enthusiastic,” John Rich, the chief operating officer of Ford Autonomous Vehicles, said in an interview with AARP. “He can't wait to get in one."

Indeed, not only will autonomous vehicles never present a threat to or argue with passengers, they are also supposed to be safer on the road, never get tired or distracted and be able to react more quickly than any human driver. However, achieving that last goal has proved to be more of a challenge than engineers originally thought.

Taken for a ride

On the congested streets of Las Vegas, I sat (helplessly) in the back seat of a self-driving Prius, watching as the wheel sawed back and forth in front of the empty driver's seat. It steered us through multiple left turns — inches from buses and trucks — snaked its way through construction zones and avoided aggressive drivers merging into traffic. Designed by Moscow-based technology company Yandex, the fully autonomous system was impressive, but it was also an exception at CES.

Most of the automotive companies had the same autonomous vehicle displays touted two years ago at the electronics show. Furthermore, many self-driving tech companies were conspicuously absent or keeping a very low profile there.

Aptiv, a Dublin-based major technology supplier to car companies around the world, was not able to give me a demonstration of its autonomous driving system, and Intel-owned Mobileye, headquartered in Jerusalem, passed on demonstrations completely, offering instead an online video of its system being tested in Israel.

"There definitely has been a reality check,” Austin Russell, chief executive of Luminar Technologies, said on a test drive along a Nevada highway. “It is a lot harder than we thought.”

Russell's company of Portola Valley, California, makes a new type of light detection and ranging sensor (lidar) for autonomous vehicles that he was touting. Iridescent scanning lines appeared on a computer screen as the lidar sensor looked hundreds of feet ahead, picking out road signs and cars moving around us.

The chief executive and cofounder of the company explained that much of the self-driving focus in the past 18 months from companies like Mercedes-Benz has turned from city to highway driving, where the challenges are fewer.

Proving the point, San Diego-based Qualcomm, which makes the chips that power most smartphones, took me for a highway test ride in a Lincoln MKZ, equipped with multiple cameras and a new form of imaging radar instead of lidar. The sedan was able to merge onto the highway all by itself, managing the delicate dance of entering into bumper-to-bumper traffic with aplomb.

In the company's view, autonomous systems will be introduced gradually with the first step being driver assistance features for the highway only, says Anshuman Saxena, who is from Qualcomm's automotive business division. This reflects the fact that automakers now are being more cautious as they realize that self-driving cars are going to require more advanced sensors to see better than human drivers.

Then the cars will need to be able to analyze what they see to anticipate road conditions and react instantly. On a highway, which is devoid of nuisances such as pedestrians, cyclists and tricky intersections, cars have a better chance of handling those chores safely.

Something unusual — so-called edge cases — has less chance of happening on Interstate 95 than on Fifth Avenue. For one thing, the behavior of other drivers is more predictable, and fewer obstructions like garbage, parked trucks or strollers clutter things up on a highway.

A few years ago, Silicon Valley companies working in the tech area known colloquially as artificial intelligence or AI convinced traditional car companies that they could handle these edge cases. Using sophisticated software and probability theory, these AI-driven cars would easily predict when a mattress was about to fall off a truck in front of them or when another car was about to cut them off.

But the designers were wrong.

"They thought, ‘We're all done but for the software,'” said Sam Anthony, the chief technology officer and cofounder of Perceptive Automata. Anthony's Boston-based company is developing software that can predict what a nearby pedestrian is likely to do — whether he or she is about to jaywalk, continue strolling along the sidewalk or suddenly rush into a crosswalk.

The pedestrian problem is serious. If all the cars and trucks on the street were to suddenly become autonomous and follow the same rules, they still would have to deal with humans and their quirks, including pedestrians and people riding bicycles.

Adding more sensors and technology means adding more cost. Just four years ago, automotive suppliers believed they would be able to offer autonomous systems that would only add $8,000 to the price of a car today.

But the cost has remained stubbornly high, primarily because of a need for more advanced sensors like lidar and more computing power, which together can almost double the price of a basic sedan.

The one exception has been Tesla, which is trying to do more with less technology than other carmakers. It is the only company that believes it can get self-driving cars to work without expensive sensors and instead rely only on video cameras, radar and short-range ultrasonic sensors.

However, Tesla's confident chief executive, Elon Musk, initially said the magic software that would turn his cars into autonomous vehicles would be released in fall 2019. It still hasn't appeared, and the latest information from Tesla, based in Palo Alto, California, is that the self-driving feature will work only in very specific conditions, weather and roads permitting.

Here or there, but not everywhere

The final challenge facing autonomous cars is consumer acceptance. Automotive companies often couch the issue in terms of government regulation, but what they really mean is the introduction of self-driving vehicles will require a receptive audience.

Once the public clearly wants it, legislation will fall quickly into place.

Toward that end, upstarts like Yandex are working with authorities in towns like Innopolis, Russia, about 450 miles east of Moscow, on pilot projects that test consumer acceptance as much as they do the technology. Others, like Ford's Detroit-based autonomous vehicle division, also are taking a city-by-city approach, working closely with local municipalities before letting their self-driving vehicles loose on city streets.

So when will we get our autonomous cars?

Ford says it is still on track to offer commercial service by the end of 2021. By that they mean a form of robotic taxi service limited to certain predefined areas.

It already is testing the service in six U.S. cities — Austin, Texas; Detroit; Miami; Palo Alto, California; Pittsburgh and Washington, D.C. — and Ford has committed to offering the robot taxi in Austin, Miami and Washington. From California to Florida, companies such as EasyMile, May Mobility and Transdev also are testing slow-moving, self-driving shuttles.

Other companies ranging from Volvo to Waymo have said they are no longer making predictions about when fully self-driving cars will be available to buy. But they all are convinced our self-driving cars are coming. 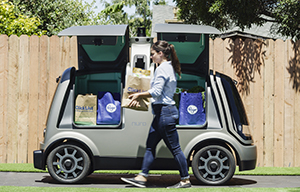 The vehicles, which must weigh 10,000 pounds or less, will have to have a California state permit. But the new rules allow commercial use of a wide range of vehicles, including cars, most pickup trucks and many cargo vans.

Among the companies that want a piece of that market is Nuro, started by two former Google engineers and based in Mountain View, California. Its vehicles in pilot programs in other states are about chest high and the size of a golf cart.

The R1 autonomous vehicles, which have no room for a driver and a maximum speed of 25 mph, spent part of a seven-month trial in 2018 and 2019 in Scottsdale, Arizona, toting groceries from a Kroger-owned Fry's store. In Houston, Nuro began grocery delivery in March 2019 for Kroger in several ZIP codes and pizza delivery in June for Domino's. It announced in December that it also would partner with Walmart for grocery delivery.

Right now, only Waymo, formerly Google's self-driving car project, has a permit to test driverless vehicles in California, the state's DMV officials say. Sixty-five other companies can test autonomous vehicles with a driver who can take control in case of problems.

John R. Quain is a contributor to the New York Times and editor-in-chief of OntheRoad.

Confused by What Your New Car Safety Features Are Called?