The problem could be too much scrolling 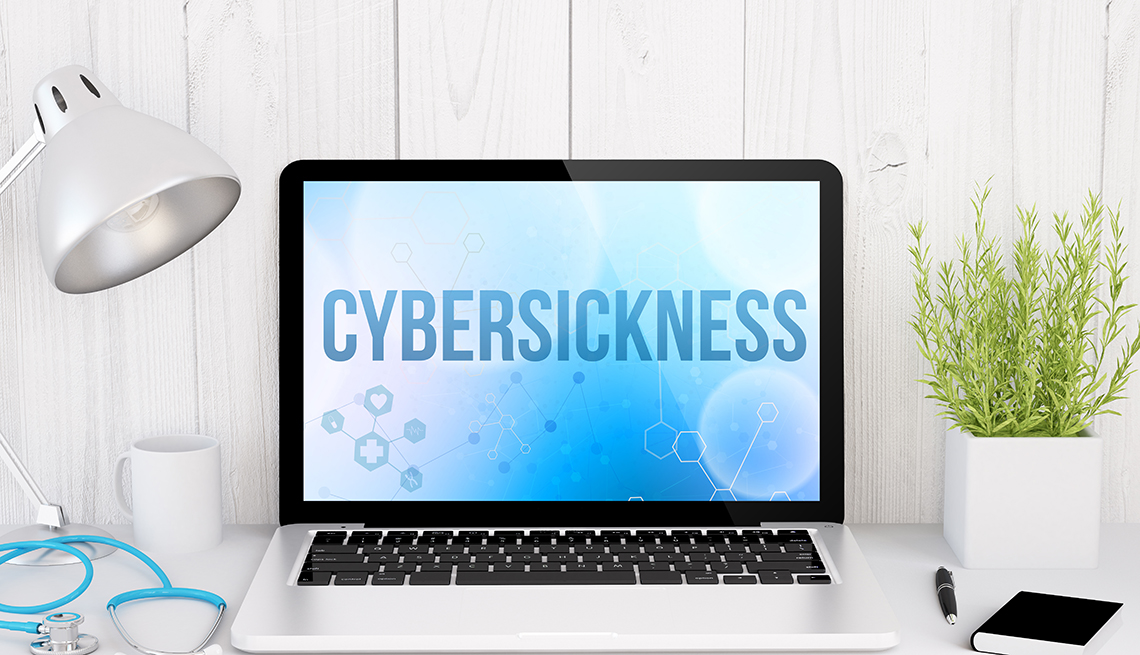 Who knew that too much screen time could lead to illness?

Well, maybe your mother when she admonished you about sitting too close to the TV, but that’s a different matter. The modern condition is known as cybersickness.

The cause is scrolling for long stretches of time, and symptoms include dizziness, headaches, nausea and vertigo. It differs from motion sickness because the sufferer is stationary but experiences a sense of motion through changing visual imagery.

“Symptoms can last for days and become disabling in the most severe cases,” says Clifton L. Gooch, M.D., a professor and the chair of neurology at the University of South Florida. This condition is triggered in some people because the eyes are registering motion while the body remains stable, confusing the brain.

Cybersickness is related to motion sickness

Motion sickness happens when your brain gets conflicting information from your eyes, inner ears, joints and muscles and doesn’t know whether you’re moving. Cybersickness can happen from just scrolling through web pages, although it tends to become even more intense when people use virtual reality headsets, Gooch says.

“Symptoms can last for days and become disabling in the most severe cases.”

Researchers have long thought that older adults are more likely to experience cybersickness because of past studies using virtual reality driving simulators. But a 2021 study from Florida State University found that a sample of 20 Tallahassee-area adults age 65 and older reported fewer symptoms when using virtual reality headsets in a variety of tasks, including video gaming, compared to the same number of adults whose median age was just shy of 20.

Although the researchers say greater numbers of people need to be tested, they consider virtual reality a promising technology that can help older adults improve their mental health, physical health and stress levels. The biggest barrier to its use is more likely to be comfort with computers and other devices.

How to keep the symptoms at bay

While using a computer, make it a habit to use the page down key to scroll less frequently. Browsers to eliminate the scrolling motion are also available.

For example, the free Jump browser for Apple iPhones enables you to jump down a page. It was created by Javier Colayco, a former web developer who was looking for a remedy after he and his wife experienced “some vertigo and eyestrain from scrolling on a typical browser.”