How One Atlanta Church Took on COVID-19 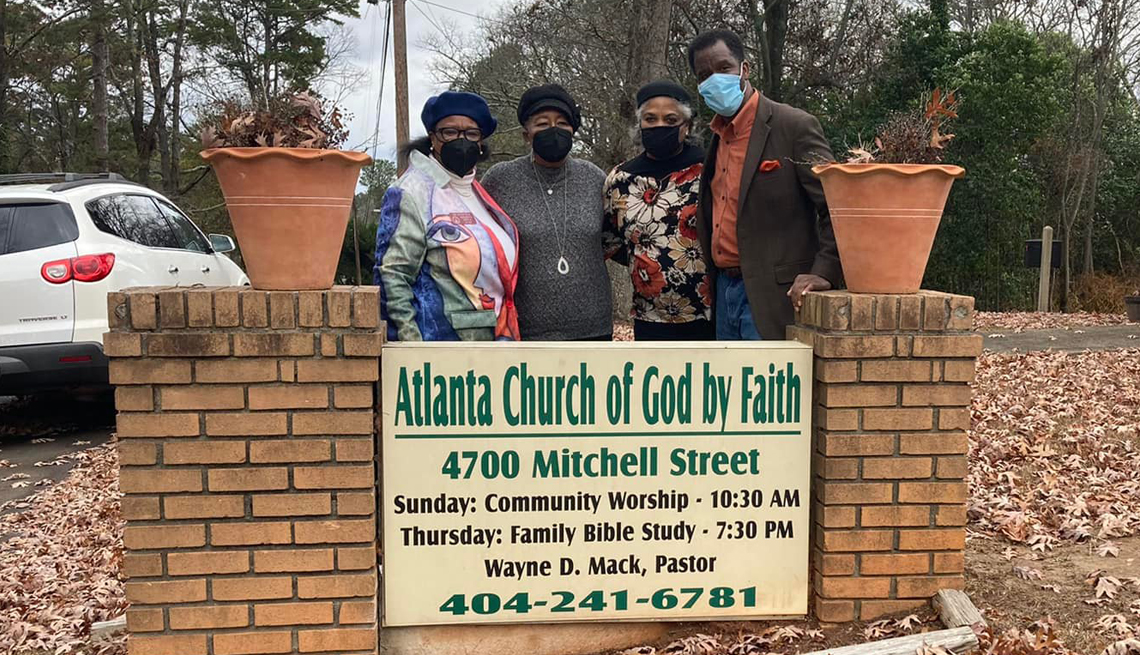 Way back at the beginning of the pandemic when the leadership of Grace Place Church of God by Faith decided to fight COVID-19, no one really knew how long that battle might take or what it would look like for the suburban Atlanta church.

At the time, Georgia was reporting fewer than 100 cases of the virus. Two years, more than 1.8 million cases in the state and 27,000-plus deaths later, Grace Place hasn’t lost a single member to COVID-19.

Even though the church is located in Clayton County, where fewer than 44 percent of residents are fully vaccinated, more than three-quarters of Grace Place’s parishioners are fully vaccinated. Recently, the church hosted a pop-up vaccine clinic for the surrounding community to widen its reach. But it hasn’t always been easy to navigate the pandemic waters and to convey accurate information, says Pastor Wayne Mack, 61﻿.

“As a congregation, we wanted to be a hub or catalyst in the community for connecting people with education and/or an opportunity to be vaccinated,” Mack says.

Grace Place, a small Black congregation of about 100 members, has defied the odds. Nationally, African Americans account for nearly 14 percent of all COVID-19 deaths.

To take on the virus, the church turned to its members and their expertise. LaBrentha Lonon, 52, a registered nurse in neuroscience at Emory University Hospital, works with stroke patients and in 2020 did COVID testing at a drive-through event with Emory colleagues. At Grace Place, Lonon leads the congregation’s medical team, which focuses on health and wellness.

Another member, Benita Harris-McBride, 57, works for the Centers for Disease Control and Prevention (CDC) and has a master’s degree in public health. 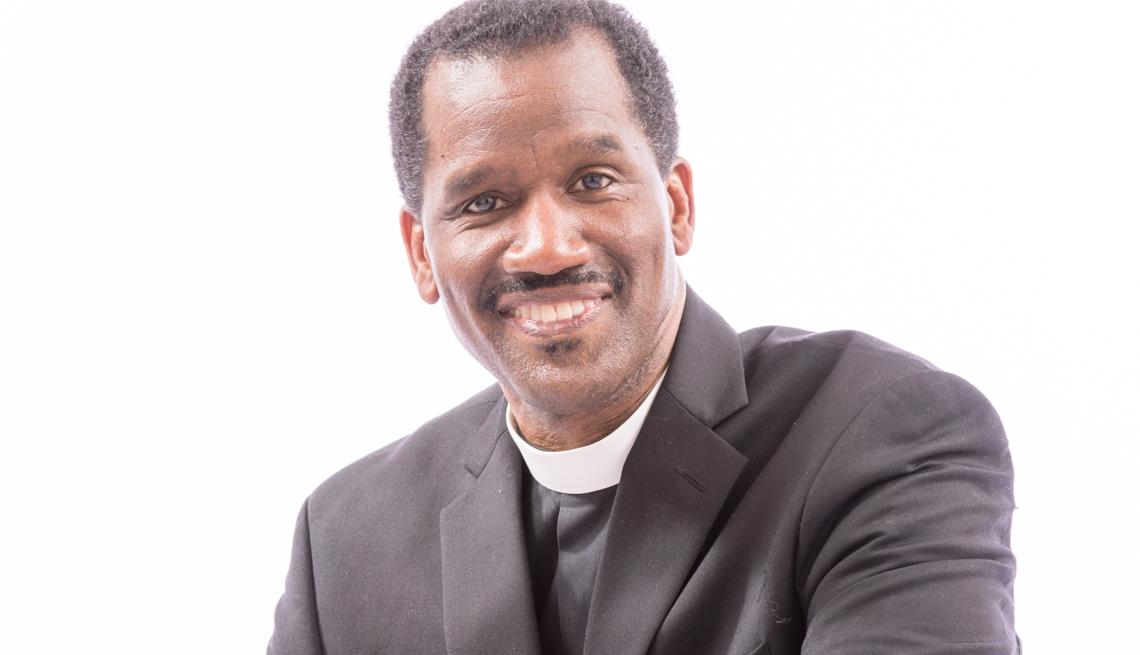 Lonon and Harris-McBride kept the congregation informed from a medical perspective while Mack hammered home this message: “Respect the virus.” He used  Zoom, Facebook Live, the church’s mobile app and email blasts to reinforce the idea that the threat the virus poses should be taken seriously.

Before COVID-19 arrived in the United States, Mack saw a documentary about the 1918 Spanish flu and its impact. “I watched it and watched it again and again,” says Mack, who remembers thinking, Something is coming our way, and we need to be ready for it."

By mid-February 2020, before the U.S. documented a single case of COVID-19, he encouraged church members to watch the documentary and “pay close attention to … how that flu hit all seven continents.” He monitored statements from the World Health Organization and relied on information from Harris-McBride and Lonon to track the virus’s progression. “I’d ask LeBrentha and Benita, ‘What are you seeing?’ ” Mack says.

On March 13, 2020, President Trump declared COVID-19 a national emergency. Two days later, Atlanta’s mayor signed an executive order banning gatherings of 250 people or more. That Sunday, Grace Place held its last meeting before going virtual. Mack delivered a sermon titled Coron-No-Know Virus, to call attention to the fact that there was little information about the quickly spreading pandemic and “because we don’t know what this is going to be, but we pray that it doesn’t grow any bigger,” Mack says. “After that sermon I became very intentional about messages around the virus.”

From the beginning, the pastor addressed speculation and rumors about COVID-19, treatments and, eventually, vaccinations head-on. He took stances that weren’t always popular, including sticking with online services to keep people safe. In fact, the church still meets virtually.

Every Zoom worship was an opportunity to talk about COVID-19 and its dangers. And Mack was able to combat misinformation he says he heard on conference calls with some local clergymen, who were reading religious significance into virus developments, continuing to hold in-person services or presiding over funerals where large groups gathered. “The virus was being politicized, spiritualized and theorized,” he says.

His goal, he says, was to constantly evaluate new information with the congregation. Those conversations took the form of, “Let’s look at this. Let’s weigh this to see what merit this has.”

With his own congregation, the pastor says, he tried to focus on a middle path — no extremes.﻿ “I was really proud of our congregation in the way that they responded to this.”

Lonon ﻿recalls having to counter disinformation that fueled vaccine hesitancy. “They would always throw the conspiracy theory in your face,” she says. “ ‘Remember Tuskegee?’ ”

Lonon says she felt confident in listening and responding, providing data about the numbers of Black Americans who received vaccine doses without suffering negative effects. “They’re not being injected with anything that’s harmful,” she says she told parishioners who had questions.

Simply having those conversations in a respectful way often made people reconsider getting a COVID vaccine, she says. 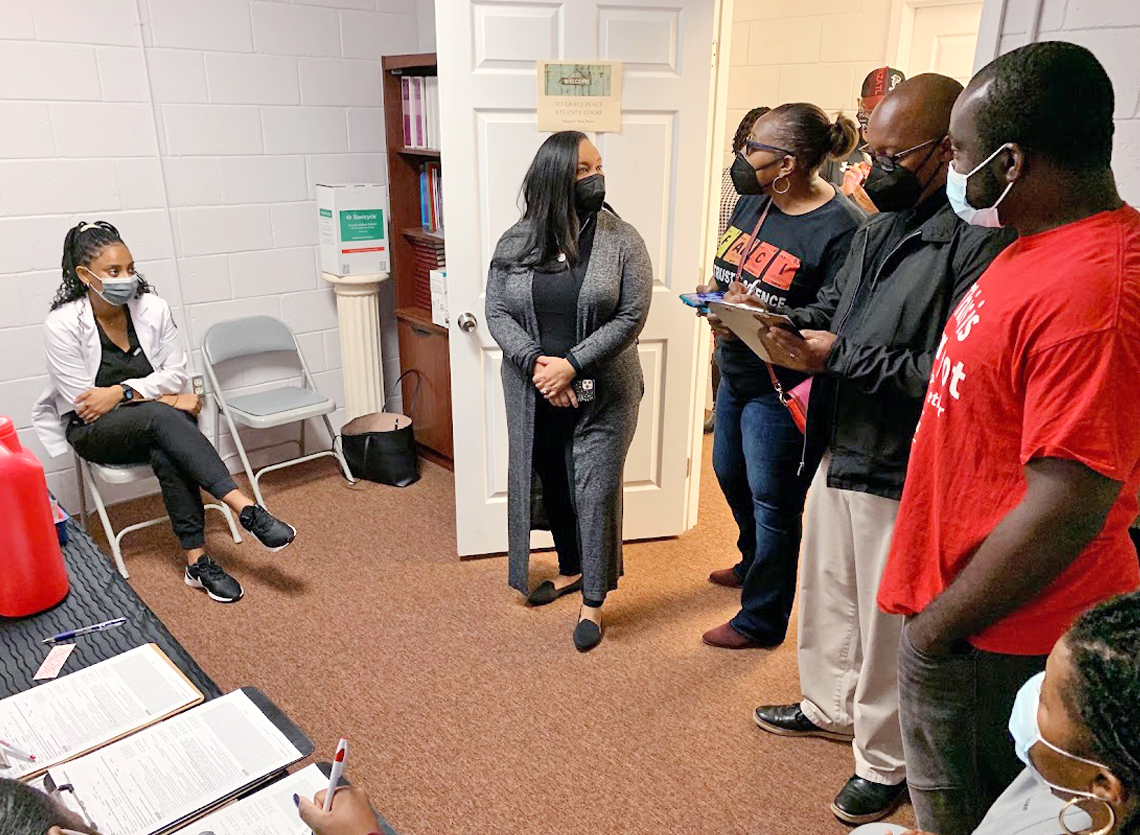 Reaching out to the community

The unified messaging coming from Grace Place's pulpit, the congregation’s resident CDC expert and its medical team established credibility, helping the church insulate itself from conspiracy theories and vaccine hesitancy.

Harris-McBride and Lonon, along with other members of the medical team, created a virtual pamphlet on COVID-19, with links to information on masks, symptoms, social distancing and treatment. At the conclusion of Zoom services, Grace Place regularly held chats. Members would unmute themselves, and Harris-McBride and Lonon would take questions.

“A lot of our response was based on Pastor Mack and how he exposed us to things,” says Jonathan Bellemy, 55, a member who contracted COVID-19 in March 2020, before vaccines were available. “There was a lot of misinformation at the time. Being able to reach out to Sister Benita [Harris-McBride] — and I called her several times — was so helpful.”

But by November 2021, when the country neared a 60 percent vaccination rate, only 47 percent of Clayton County’s 134,774 residents had received at least one dose of a COVID-19 vaccine and 43 percent had been fully vaccinated. The church wanted to increase vaccination rates in the community, so Harris-McBride suggested they include a vaccination clinic in the church’s annual holiday outreach programs.

The church held a vaccine pop-up clinic, in partnership with the National Coalition of 100 Black Women, MECCA Chapter, the Conference of National Black Churches and Walgreens, which provided nurses to administer Johnson & Johnson, Moderna and Pfizer vaccines, booster shots and flu vaccines. U.S. Rep. Nikema Williams, a Georgia Democrat, who had already had COVID-19, got a flu shot at the event.

After the delta variant surged and subsided and omicron emerged, Grace Place remained virtual, meeting via Zoom weekly to discuss COVID-19  and continuing its efforts to improve vaccination rates in the community beyond its church doors. Meanwhile, Mack preached about the harmony and connection between science and religion. “I told them, ‘I don’t care what’s being said. This virus is real. People are dying,’ ” he says. “I just dealt with the facts.”

Merlisa Lawrence Corbett is a contributing writer who covers sports, interior design, business and human-interest stories. A former reporter for Sports Illustrated and tennis columnist for Bleacher Report, she has also had her work appear in Essence and Black Enterprise. She is the author of the biography Serena Williams: Tennis Champion, Sports Legend and Cultural 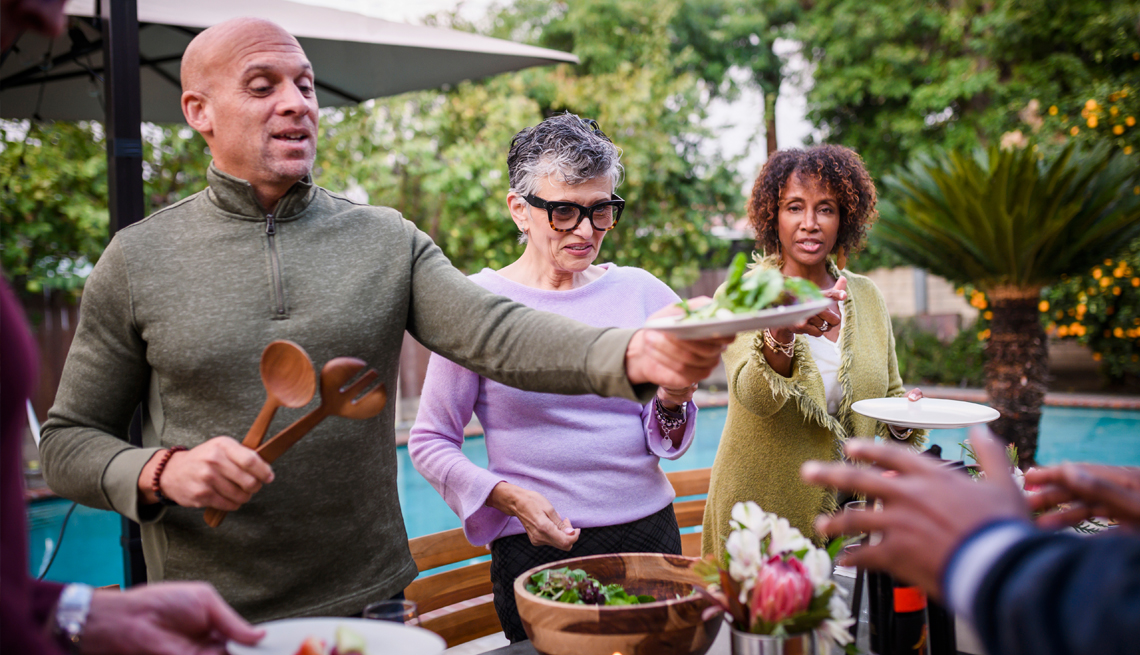 5 Ways Omicron Is Changing the Way We Socialize​

​The contagious variant has altered decisions about how we interact​​​ 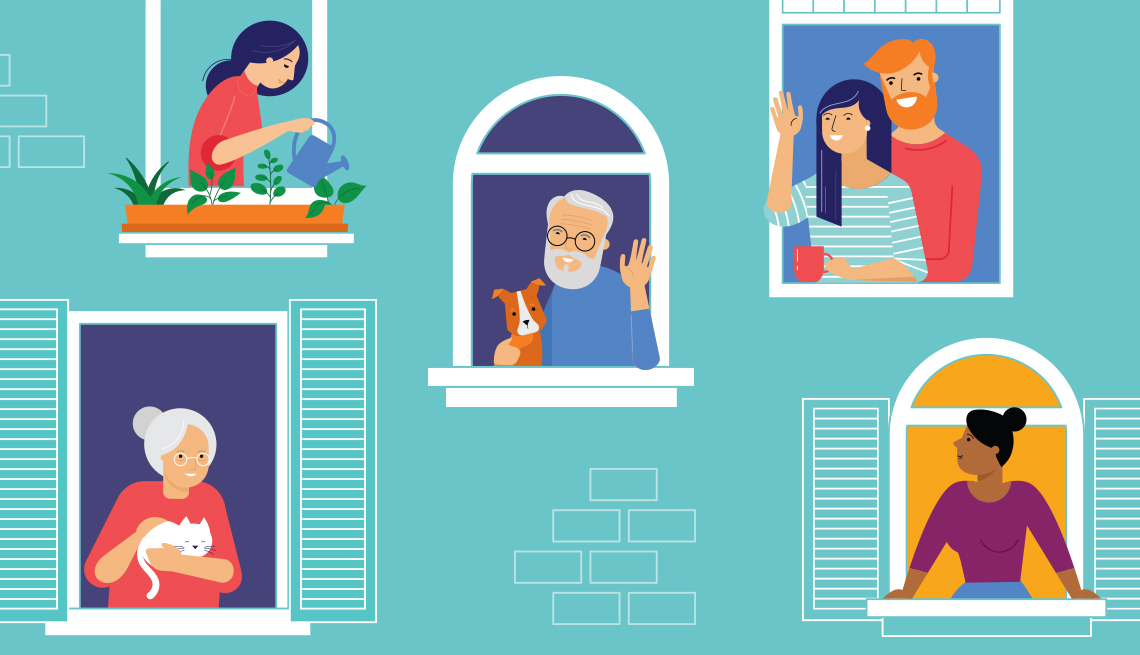 ​​These strategies can help you avoid pandemic isolation​​​​ 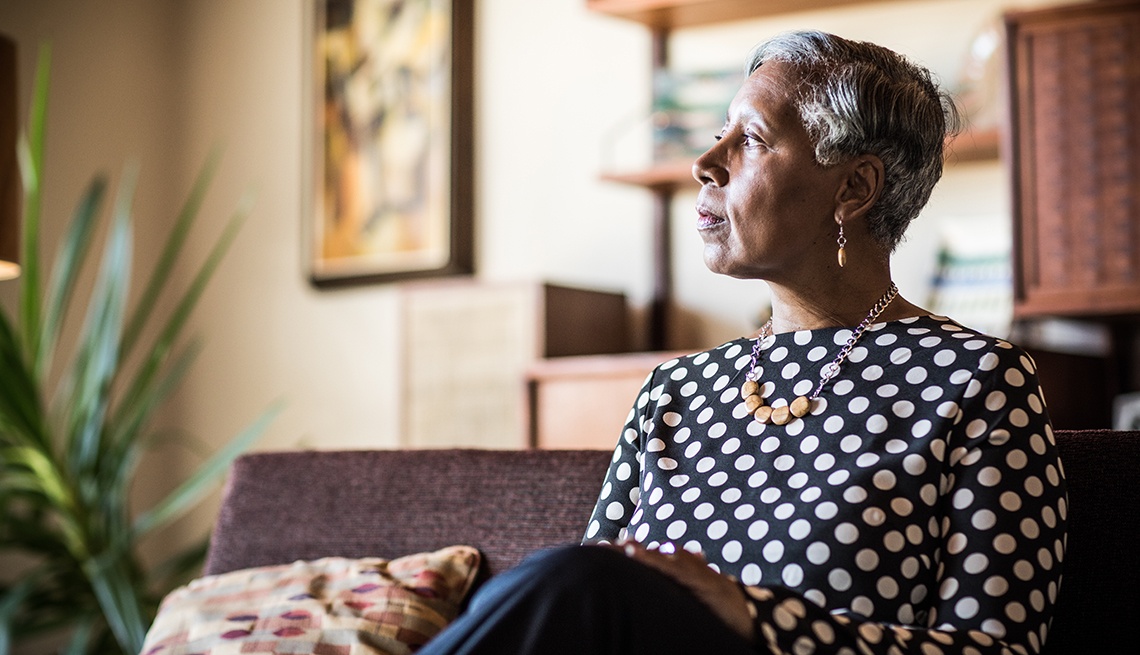