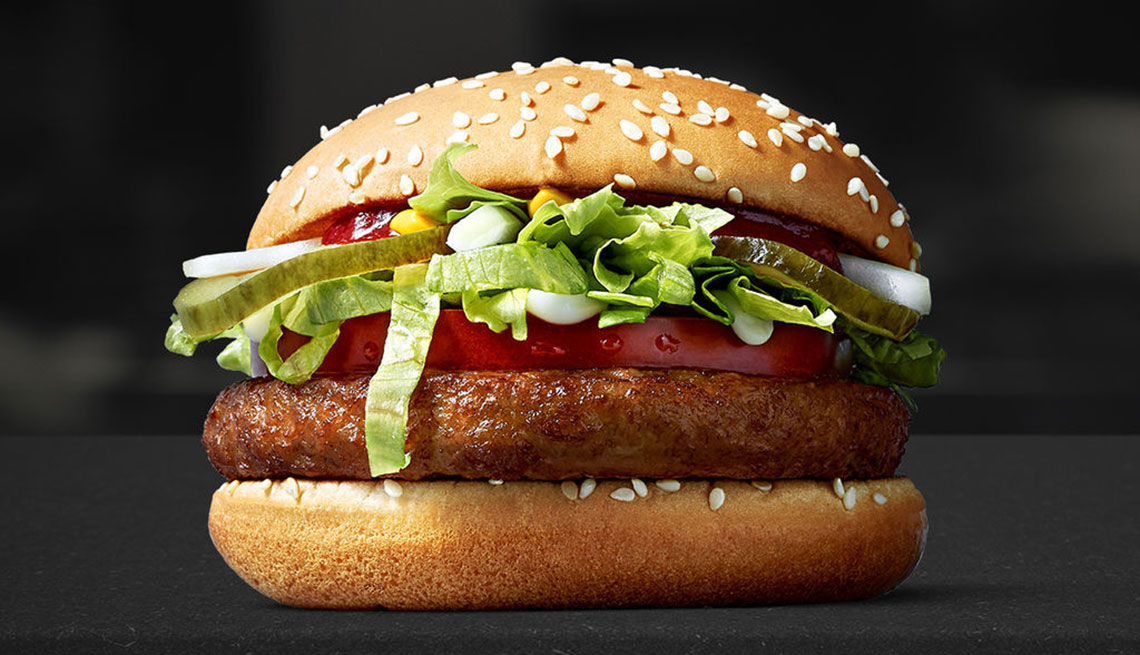 The new sandwich consists of a soy-based patty and includes a vegan sauce, along with other toppings.

While other fast food chains such as Burger King and Taco Bell already have vegetarian options on their menu, people seeking a nonmeat meal at the largest fast food chain in the world typically face limited options. But now, McDonald's is adding a McVegan burger as a permanent menu option in hundreds of restaurants across Sweden and Finland.

The sandwich consists of a soy-based patty and has the standard fixings of a bun, tomato, lettuce, pickles, onion, ketchup, mustard and oil. It also includes a vegan sauce. After a successful test run in Finland, McDonald's said it is adding the burger to its permanent menu in these two countries to answer the growing call from people who want to eat more plant-based food.

"I would say it tasted like a normal, regular hamburger," Mikael Malkamaki, a 24-year-old student in Finland, told CNN Money. Malkamaki, who is concerned about the environmental impact of meat, said he would "seriously try the McVegan again because there wasn't such a big difference between the burgers."

No plans have yet been announced to launch the product in the U.S., but if it does well in other locations, vegetarians and vegans around the country may have a new burger to bite into in the future.