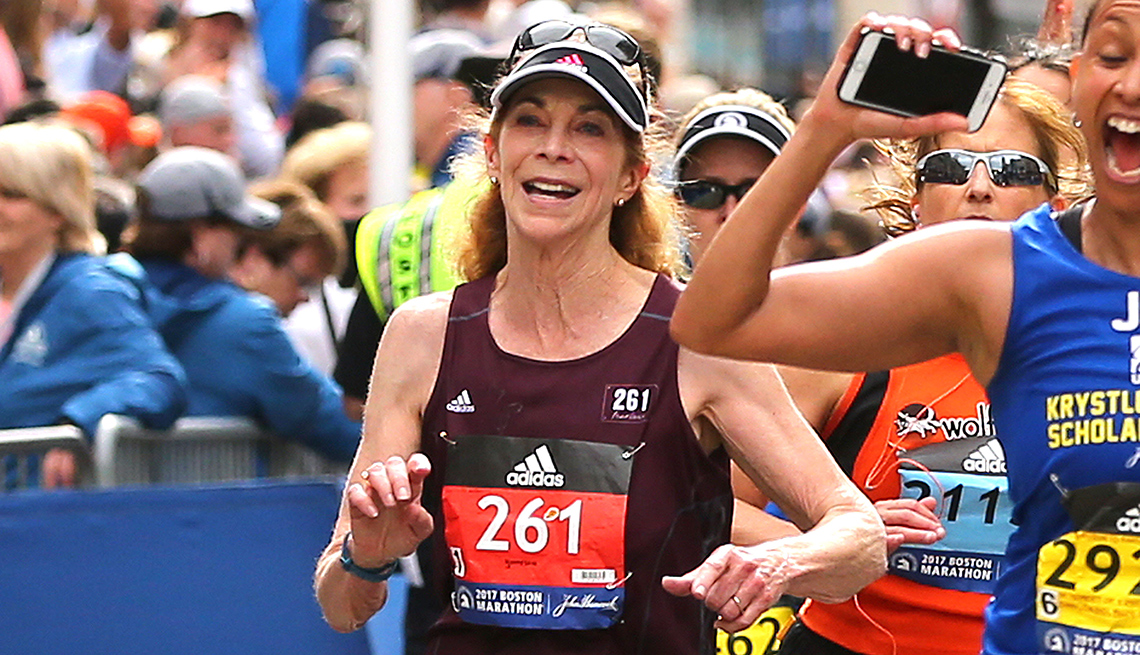 The Boston Globe via Getty Images

On Monday, a day when 37-year-old Kenyan policewoman Edna Kiplagat won the Boston Marathon women’s division, a 70-year-old author and sports commentator ran it for the second time — 50 years after breaking a gender barrier to become the first woman to officially participate in the long-distance footrace.

Kathrine Switzer took part in the world-renowned race this year after running it for the first time in 1967 as a 20-year-old Syracuse University student. She’s runner 261 in the famous picture in which a male race official tries to pull her off the course while her then-boyfriend and running partner, Tom Miller, shoulders the official away from her.

Switzer competed one year after Bobbi Gibb entered the event unofficially, jumping out from behind a forsythia bush to join the crowd of runners, shielding her identity by wearing a hooded sweatshirt. Gibb served as this year’s grand marshal but did not run herself.

Switzer went on to found 261 Fearless, a foundation established to support women as they “take on their personal challenges through running or walking.” She also lobbied to get women officially admitted into the Boston Marathon, which finally happened in 1972. After a career as a sports commentator, she returned to running marathons six years ago.

And that famous No. 261 race bib? It was torn when the official tried to rip it off her shirt, she said, but she still has it at home — somewhere.

“You would never find it,” Switzer told the Boston Globe. “My house is a mess.”