Everyone’s Talking About Pickleball. Here’s How to Get Started

What to know before you play, plus guidance on finding ﻿lessons, courts and a community 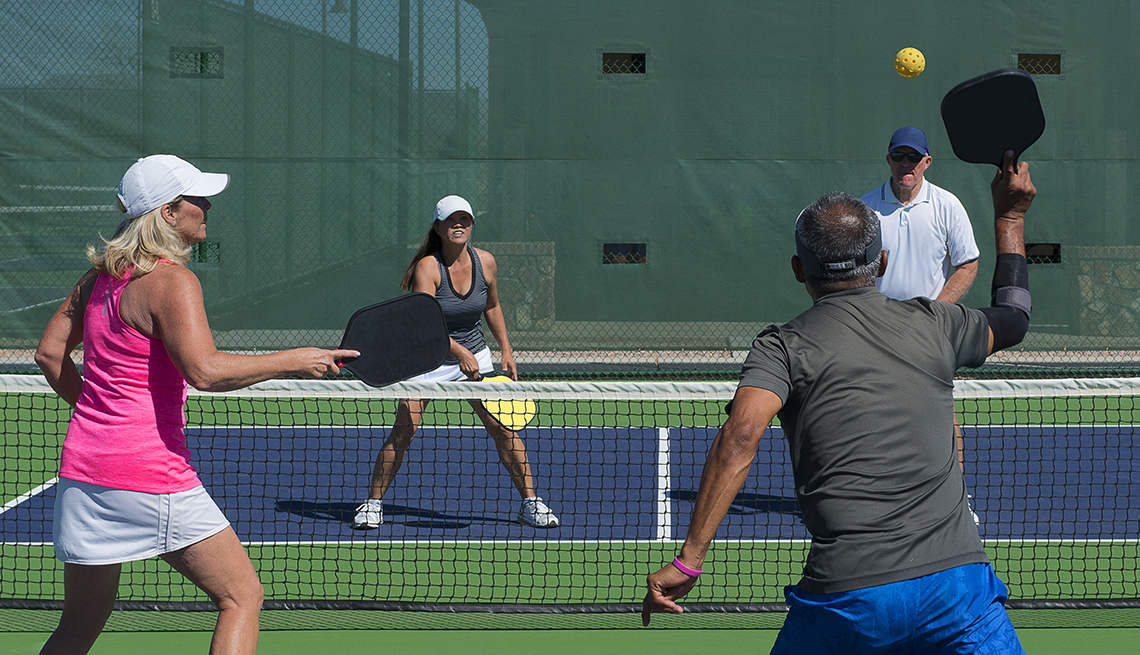 For a sport that was created back in the 1960s, pickleball is having a major moment these days. The game — a combination of tennis, badminton, racquetball and table tennis — currently boasts nearly five million players in the U.S., according to a 2021 report by the Sports & Fitness Industry Association (SFIA). Courts are popping up everywhere — at local schools and parks, five-star hotels and retirement complexes.

How to Get Started Playing Pickleball

Looking to make pickleball a part of your life? There are a number of ways to get started. Plenty of retailers, ranging from Amazon to Target to Pickleball Galaxy, offer basic equipment packages that contain paddles, balls and even a net, at a range of price points. If possible, though, head to a store and try out the paddles for yourself, as you’ll want to make sure the size, weight and grip feel right. Once you have all your equipment, you can watch some of the many online tutorials offered by top pickleball coaches to get started, but the most effective way to learn the game is to head to your local courts and sign up for lessons. Many local recreational departments offer group lessons, and you can use resources like Pickleball Teachers or Pickleball Central to find lists of teachers based in your area or simply ask experienced players for their recommendations. They may even offer to coach you themselves.

As for where to find those courts — USA Pickleball, the sport’s national governing body, runs a constantly updated database called Places2Play that lists all of the courts available worldwide; you can access it via its website or phone app. Many localities are now lining tennis courts for pickleball use. Similarly, the app PicklePlay offers a collection of courts as well as information on clubs, leagues and pickleball events in local areas.

When you get to a court, don’t be afraid to ask players for help getting started. As a rule, pickleball players are a friendly, welcoming bunch who enjoy taking newcomers under their wings; they’ll likely be thrilled to get an opportunity to share their love of the game with more people. It won’t take long before you’re playing all the time and knowledgeable enough to teach others the rules of the game.

Pickleball is especially popular among those over 50. Although the average age of pickleball players is 38, according to the SFIA report the majority of “core” players — those who play eight or more times a year — are significantly older, with a third over the age of 65.

Why does this newly popular sport with the crazy name appeal to older adults? It is not hard to learn, gets people moving and is relatively easy on older bodies. It is social and keeps people cognitively engaged. Many people are finding it’s the perfect pastime to pick up right now.

The history of pickleball

Created in 1965 on Bainbridge Island, Washington, pickleball is the brainchild of three men — Barney McCallum, Joel Pritchard and Bill Bell — who were looking for an activity to entertain their families. When Pritchard’s teenage son challenged his dad to create a new game from scratch, the men combined elements of several existing sports into one unique game. With a few table tennis paddles, a Wiffle ball and a badminton net, pickleball — which either got its name from the Pritchard family dog, Pickles, or the “pickle boats” used in crew, depending on who you ask — began to take shape.

To play, individuals or duos volleyed the ball back and forth over a net on a slimmed down version of a tennis court until one side scored 11 points (and was up by at least two points). Their game included fun terms like “the kitchen” (the non-volley zone on either side of the net) and “dinking” (soft, arcing shots). Above all, players were supposed to enjoy themselves — this was a game that prioritized fun over anything else.

Over the next few years, word of an entertaining, easy-to-play sport that took little time to learn spread across the Pacific Northwest, and before long, pickleball was the talk of the U.S. Yet while the game experienced steady growth in its first few decades, it wasn’t until the pandemic hit in early 2020 that pickleball truly took off. Suddenly, people were stuck at home with their families, craving a way to get active and have fun from the comfort of their homes (or driveways) — and pickleball, with its simple rules, inexpensive setup, portable net and small court size fit the bill.

Even more, because pickleball has such low barriers to entry, players of all ages and athletic abilities can come together on the court. It’s no wonder that from 2020 to 2021, there was a nearly 15 percent increase in pickleball players nationwide, according the SFIA report.

That growth rate is expected to continue in the coming years, in part due to pickleball’s relatively minimal physical requirements; while it’s an active sport that requires plenty of movement and agility, it’s not as stressful on the body as other sports like tennis. The small-sized court means you don’t have to run as far to return a ball, and the use of a Wiffle-like ball ensures that accuracy matters far more than power. At the same time, it’s still a legitimate workout, with two separate 2022 studies — one from Western State Colorado University and another from Brigham Young University — determining that pickleball players burn hundreds of calories per game on average and significantly increase their heart rates.

That’s far from the only reason older adults gravitate toward pickleball, though. The game is inherently social, with many players connecting through clubs, leagues and online groups. Avid fans may spend hours each day on the courts both competing and chatting with others, forming strong friendships and, in some cases, even developing romances. Tournaments, too, can bring thousands of players together, providing opportunities not just for earning medals but for bonding with fellow pickleball fans on and off the court. For older people looking for more socialization in their lives, pickleball can be a game changer.

Additionally, the cognitive benefits of playing the game are numerous. Back in 2011, a study published in the Proceedings of the National Academy of Sciences (PNAS) found that exercise like pickleball can increase the size of the hippocampus, the area of the brain that controls memory, thereby improving memory. After all, having to keep track of pickleball’s fairly complicated scoring system while staying aware of your positioning on the court and trying to predict your opponent’s next move requires some serious brain power. Pickleball is also reported to improve cognitive flexibility, according to the Mayo Clinic, thanks to its reliance on hand-eye coordination and quick thinking, and to help alleviate mental health conditions like depression and anxiety, due to the mood-boosting neurochemicals released in the brain during and after a game. 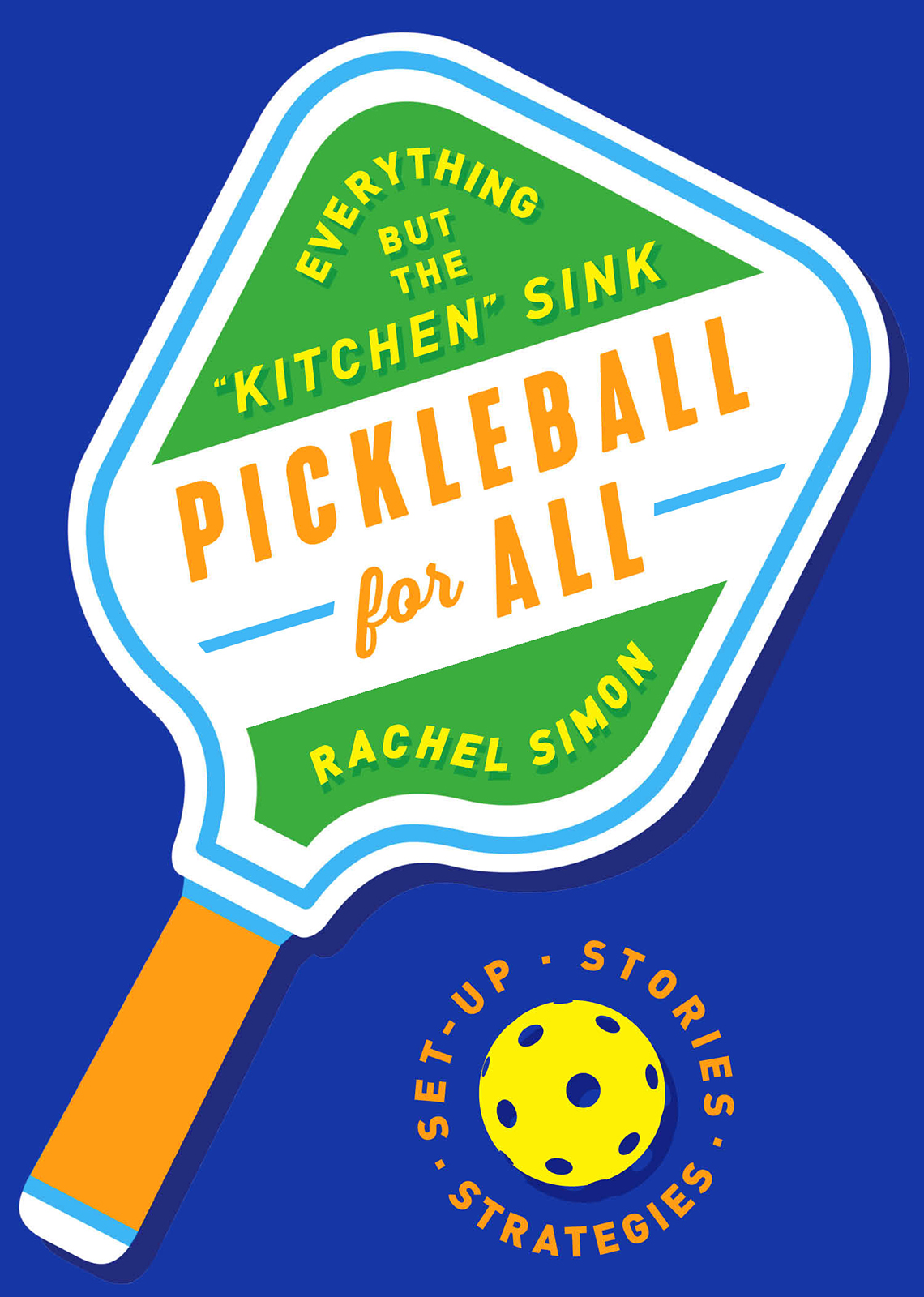 Rachel Simon is the author of Pickleball for All: Everything but the “Kitchen” Sink published Aug. 30. A pickleball player herself, Simon has written about pickleball for The New York Times. Her work has also appeared in other national publications including Vogue and Glamour.

That’s not to say that there are no downsides to getting into the game, of course. Injuries ranging from sprained wrists to torn muscles are becoming increasingly commonplace as the sport grows in popularity, especially among older players already more susceptible to getting hurt. As recently reported, a 2019 study reported in The Journal of Emergency Medicine found that of the 19,000 pickleball injuries that occurred in 2017, 90 percent of them affected people 50 and older. And of all the pickleball-caused emergency room visits from 2010 to 2019 according to a 2021 study published in the journal Injury Epidemiology, a whopping 85 percent of them were by players over 60.

Still, there are ways for older players to pursue their love of pickleball safely, namely by warming up beforehand, wearing protective gear like goggles and taking ample time to rest after an injury does occur. For many pickleball obsessives, though, the latter suggestion is easier said than done, as any time away from the court can feel like time wasted. Yes, pickleball is truly that much fun. 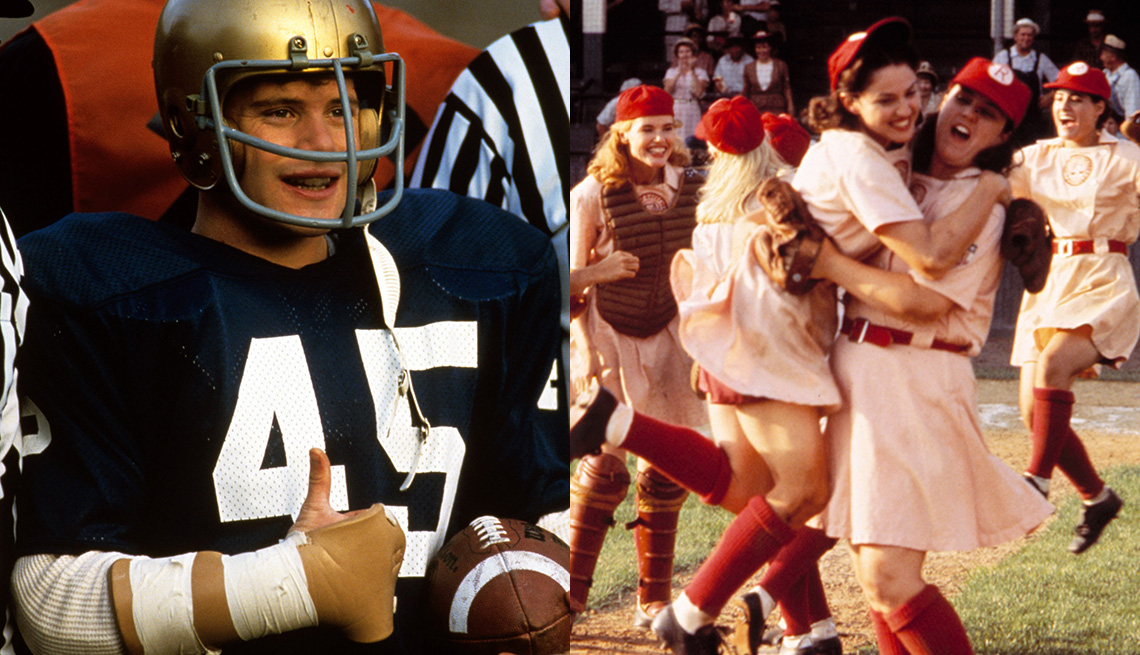 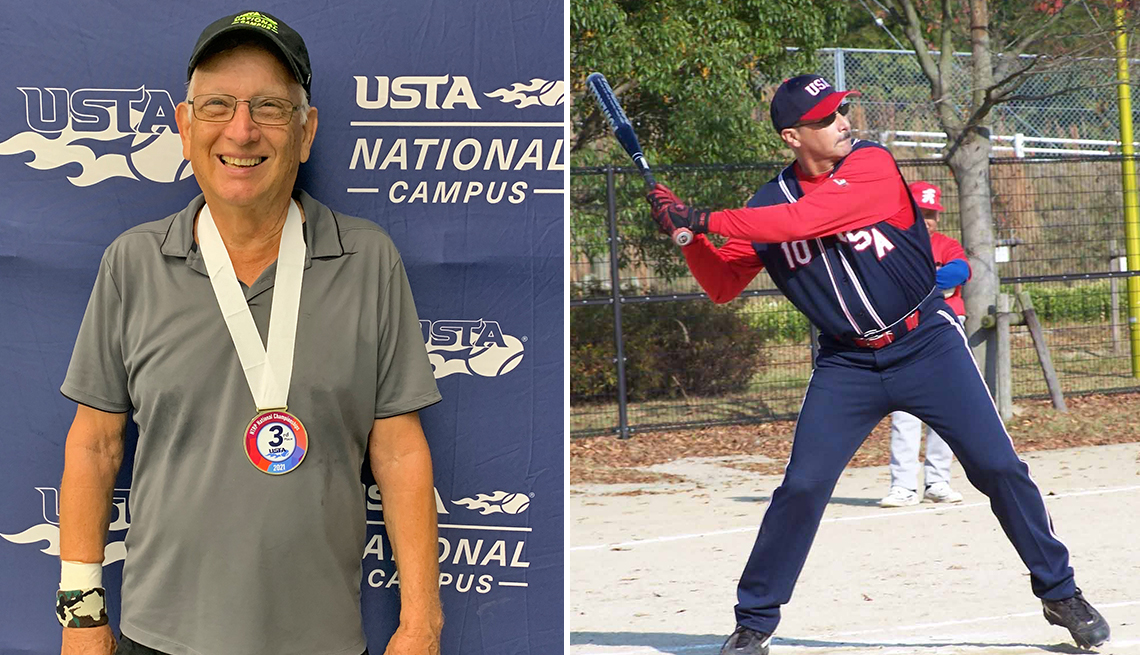 Competition Adds a Boost to Your Fitness Routine 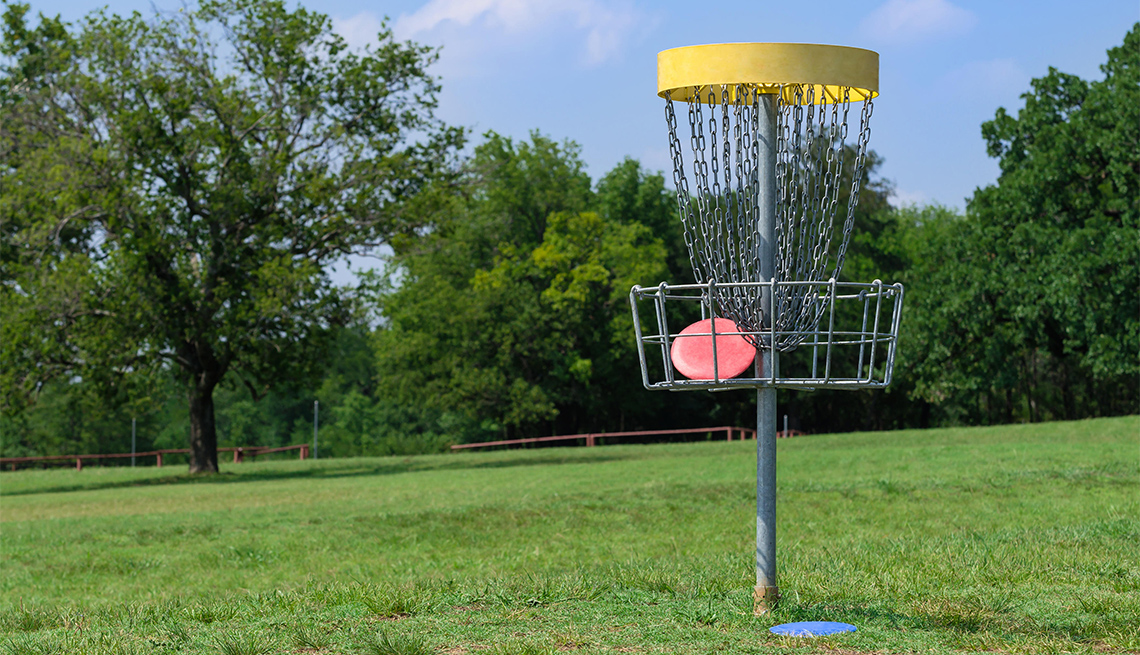 Popularity of Disc Golf on the Rise. Find Out Why

Inexpensive, social, and with straightforward rules, the game is attracting the 50-plus crowd