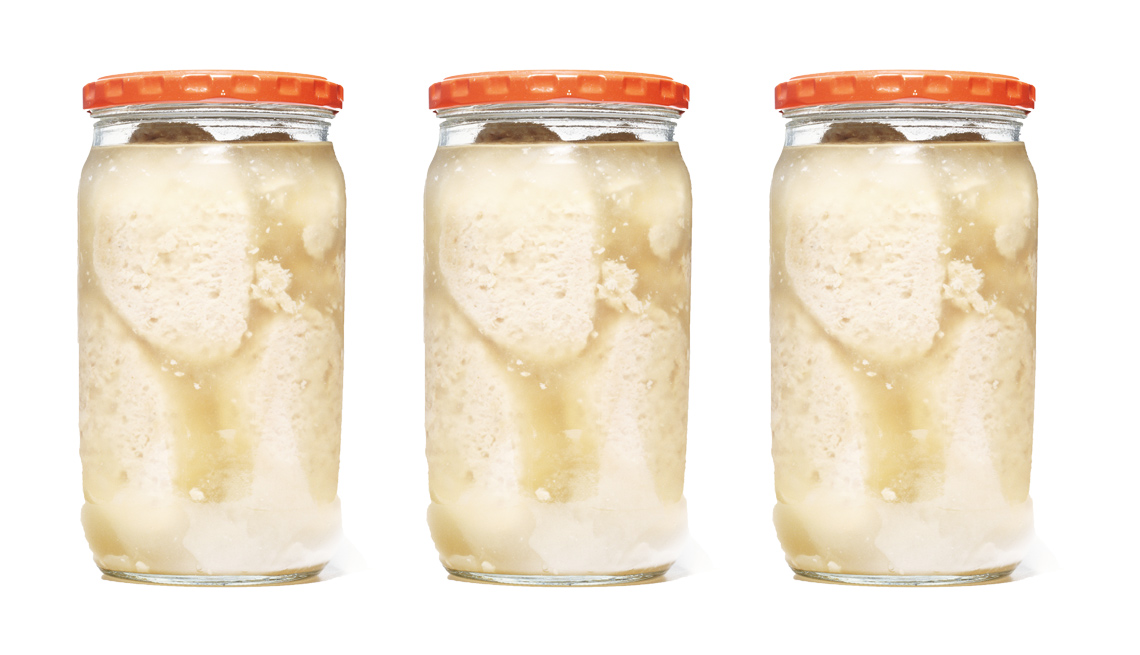 Sales of gefilte fish have fallen about 2 percent a year in recent years to 1.2 million jars.

Manischewitz Co., which began selling gefilte fish in the 1940s, has been trying for years to attract a new generation of eaters to buy the balls of minced carp, pike and whitefish that are a staple of Jewish holiday cuisine. But most of these efforts have failed, the Wall Street Journal reports this week.

While many families still buy the jars to serve at holiday dinners – such as Rosh Hashanah, the Jewish New Year, which begins Wednesday evening – sales have fallen about 2 percent a year in recent years to 1.2 million jars. The decline reflects recent attitudes, such as those of Susie Fishbein, author of books on elegant kosher cooking, who told the Journal: “What can you do with a jar of Manischewitz? I am sorry, but there is nothing to do — no magic spice, no magic touch.”

Innovations that haven’t worked include: salmon gefilte fish, which turns into an unappealing shade of gray; a jalapeno variation; and a “Mediterranean” version with rosemary and oregano. More successful improvements were a gluten-free concoction, using potato starch instead of matzoh meal, and Premium Gold, which uses more whitefish and less carp.

Still, today’s foodies are more likely to buy frozen loafs, which they can improve with spices and vegetables. Or they can make their own version from scratch. It used to take their great-grandmothers all day to kill, debone and mince a whole fish, but it no longer does, thanks to food processors.