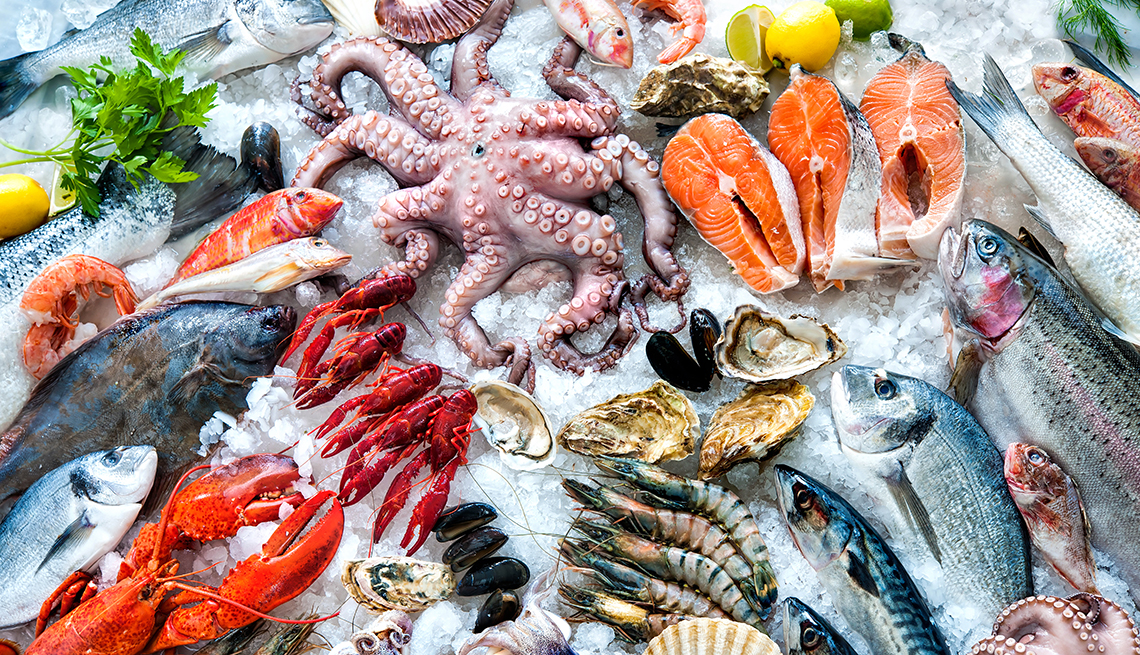 Salmon, herring and some types of tuna offer high levels of omega-3s.

A 2016 study in the JAMA Internal Medicine journal found that eating a diet rich in fish and plant foods (such as nuts and seeds) was associated with about a 10 percent lower risk of fatal heart attacks overall. People with the highest blood levels of omega-3 fatty acids had about a 25 percent lower risk of fatal heart attack, compared with people with the lowest levels. Other studies have shown similar health benefits, and the U.S. Office of Disease Prevention and Health Promotion (ODPHP) even offers dietary guidelines suggesting adults eat two servings of seafood per week.

But not all kinds of fish offer the same levels of omega-3 benefits, and some come with high risk of mercury contamination. Fortunately, there are numerous federal guidelines and resources to help you choose the best health options.

According to the National Institutes of Health, the omega-3 content of fish varies widely. Cold-water fatty fish, such as salmon, mackerel, tuna, herring and sardines, contain high amounts of LC omega-3s. Fish with a lower fat content, such as bass, tilapia, cod and shellfish, contain lower levels.

Some fish can do harm

Mercury should also be a concern for frequent fish eaters. The naturally occurring heavy metal is primarily released into the environment by the burning of fossil fuels, according to the U.S. Environmental Protection Agency (EPA).

When humans eat contaminated fish, they ingest the mercury that has accumulated in it, which can have negative health consequences. While moderate consumption may be OK, high exposure can damage key organs. Vulnerable populations, such as pregnant women, infants and young children, are particularly at risk.

The EPA and the Food and Drug Administration offer mercury-in-seafood guidelines with these three categories:

The U.S. Agriculture Department’s ChooseMyPlate website also provides tips on how to choose seafood that is both low in mercury and high in omega-3s — the ultimate combination to get the best health benefits out of your maritime meal.