The Lies We Tell Our Doctor

Fibbed about your drinking? Forgot to mention a certain herbal supplement? Why it's important to your health to come clean 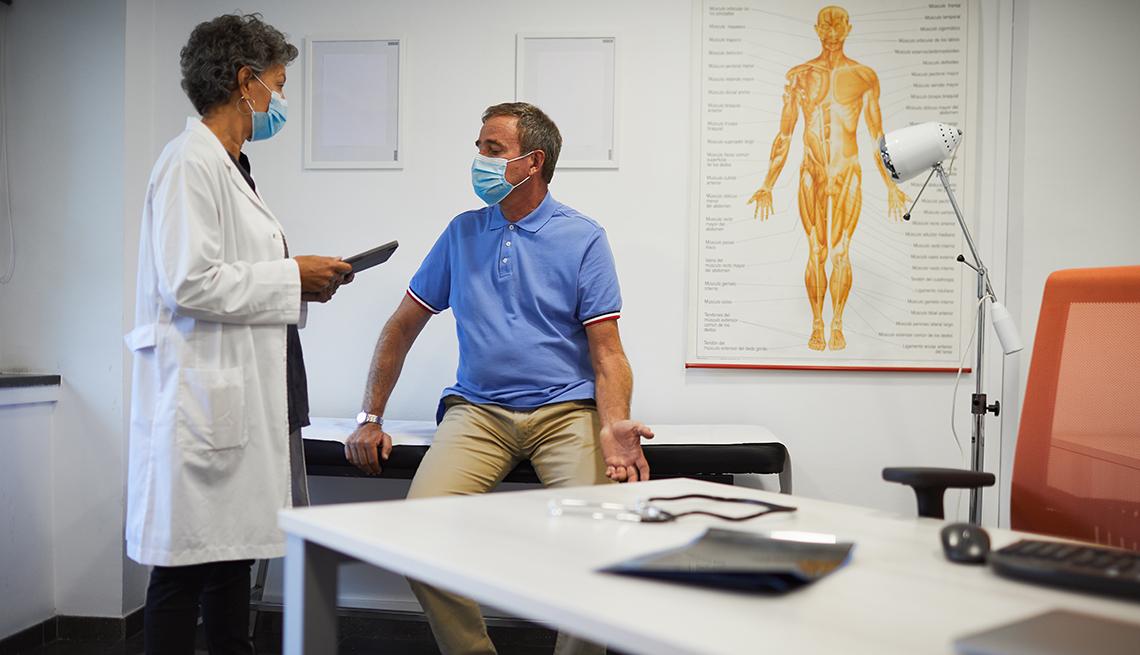 You’re filling out forms at the doctor’s office, and you check the box indicating that you’ve never smoked or that you don’t suffer from depression — neglecting to mention your pack-a-day habit of 30 years ago or the antidepressant you took this morning. Or your physician asks about daily alcohol intake, and you subtract a goblet or two of wine. And are you taking all your medications as directed? Yes, you answer, choosing not to mention you normally skip that hypertension horse pill because, honestly, you feel pretty good.

If you’re omitting a few such personal details at the doctor’s office, you have plenty of company: ﻿As many as 81 percent of patients intentionally withhold the truth from their doctors about how often they exercise, what or how much they eat, whether they regularly take a prescription medicine as instructed or if they’ve ever taken someone else’s medication, according to a 2018 study in JAMA Network Open. The most common reasons given for this frequent fibbing? Patients reported that they didn’t want to be judged or lectured by their doctor, and that they didn’t want to hear how potentially harmful their behavior was to their health. Avoiding embarrassment or not wanting to be labeled “difficult” were other reasons given.

“People want to put their best image forward with their doctor, so they tell their doctor what they think the doctor wants to hear,” says Nieca Goldberg, M.D., medical director of Atria New York City and clinical associate professor of medicine at the New York University Grossman School of Medicine. And yes, downplaying drinking is high on the list. “They’re self-conscious and don’t want to give the impression that they’re drinking too much. People also omit the intensity or frequency of their exercise,” she says. ﻿﻿In other instances, it may not even occur to someone to mention a habit they had a long time ago (like smoking) but no longer do﻿.

The rise of electronic health records also contributes to exam-room untruths. “People don’t want to share important but confidential information because someone could get access to the electronic health record,” says George Grossberg, M.D., professor and director of geriatric psychiatry at the St. Louis University School of Medicine. “They’re reluctant to disclose something that could be embarrassing but that could also impact their insurability.” This is particularly true with psychological issues such as depression or anxiety or sexual problems, he adds.

Whether intentional or not, these lies can create problems for your health and affect the care you receive. Here are a few examples of how patients’ lies of omission can come back to haunt them.

“People almost never admit to how much alcohol they’re drinking; they underestimate,” Grossberg says. “All of us in medicine now realize there may be some health benefits to moderate alcohol intake throughout life. The trouble is, people have trouble stopping at moderate intake.” But it’s not just problems with alcohol itself that doctors need to know about. They also need to gauge how alcohol could interact with medications you may take for anxiety, high blood pressure, pain or other conditions.

If your doctor knew your true alcohol intake, he or she might recommend other medications than those you’re taking. Also, if you were to land in the hospital, symptoms like a rapid heartbeat or shakiness could be understood as alcohol-related electrolyte disturbances or withdrawal symptoms and not something else, notes Richard Bryce, D.O., chief medical officer at the Community Health and Social Services Center and director of the family medicine residency program at Henry Ford Hospital in Detroit.

Fudging the truth about exercise

A 2020 survey of 500 people by the life insurance company TermLife2Go found that 43 percent of those who lied to their doctors fibbed about their exercise habits (or lack thereof).

“Most often patients overestimate the amount of exercise they do because they think they should tell the doctor what she wants to hear,” Goldberg says. “Being untruthful takes away an important opportunity to discuss some of the challenges that are keeping you from exercising.” ﻿

It can also give your doctor a skewed perspective of your risks for cardiovascular disease or osteoporosis, because regular physical activity is important for preventing both conditions, Bryce says.

As you get older and take more medications, it only becomes more important to help your doctor prevent, and recognize, possible adverse interactions with all the meds in your pillbox — over-the-counter and herbal remedies included. For example, if you take omega-3 fatty acids or vitamin E supplements and a blood thinner or aspirin, you could have an increased risk for bleeding, Goldberg says. In other instances, an OTC drug or supplement could interfere with the effectiveness of a prescription drug.

Whether you smoked so long ago it hardly seems real or you quit five years ago, don’t fudge this one on all the forms you’re asked to fill out. Doing so could cause your doctor to miss signs of a related respiratory problem; plus, he or she wouldn’t know to screen you for lung cancer or other lung diseases, Bryce says.

“If you don’t share your health history, we have to start from square one, and we may do extra tests, which might lead to an incidental finding, which creates more anxiety,” he adds.

Pretending you take all your medications as directed

“People don’t come out and admit they’re not taking their medicine,” Goldberg says. “Then, if we discover their cholesterol level hasn’t changed, there’s a risk of overprescribing medications.” Similarly, if your blood pressure or blood sugar levels are out of control and you don’t mention you’re not taking your medications as prescribed, your doctor may give you a higher dose of the drug or an additional drug to add to your pill protocol, which increases your risk of experiencing adverse effects, Goldberg says. Or he or she may send you for more aggressive screening than is necessary.

Bryce recalls a patient who, when asked if he was taking all his medications for high blood pressure, simply said yes. With further probing, it turned out the patient was rotating his pills so that he wasn’t taking them all on a daily basis, the way they were prescribed. In that scenario, “the health risks, especially for heart attack and stroke, go up, or the patient might be prescribed more medications needlessly,” Bryce says.

Failing to mention a face lift (or tummy tuck, or other cosmetic surgery)

It’s important to divulge any surgery you’ve had and how you responded to it, including whether you had complications — such as a blood pressure spike, an infection or a bad response to anesthesia, Goldberg says. The reason: Having a history of surgical complications may put you at higher risk for more. And sometimes complications can arise years later — such as painful adhesions from a tummy tuck — and the doctor may miss the diagnosis if he or she doesn’t know about the surgery, Grossberg says. (And yes, doctors say, lying about tummy tucks in particular is pretty common.)

Toward more candid communication with your doctor

These are just some of the reasons it’s important to build trust and open communication with your doctor— by telling the truth about what’s going on with you now as well as your health history and habits. And remember: Doctors have heard it all before, so they’re not going to be shocked by what you are or aren’t doing. “There would be no judgment — we would just look at it as more information that would help us help our patients,” Bryce says. “That’s what we’re here for.”

If you know what you should tell your doctor but can’t muster the courage to fess up verbally, write down the truth about what you’re doing or not doing and hand the paper to your doctor﻿, or tell your doctor through the online patient portal, Bryce suggests. “These omissions are an everyday occurrence — usually it’s small white lies, but they build up over time.”

In the end, it may help to remind yourself that, as Goldberg says, “if you want to get good health care, the value of the visit is only as good as the information you give your doctor.”

﻿Editor’s note: This story, originally published Feb. 19, 2021, has been updated with new information.

The Doctor Will See You Now: In-Person Visits Slowly Resume

What to expect, how to prepare for a nonurgent appointment

5 Reasons Your Doctor Needs to Know You Had COVID-19

Lingering effects of the illness may call for additional screenings, medication