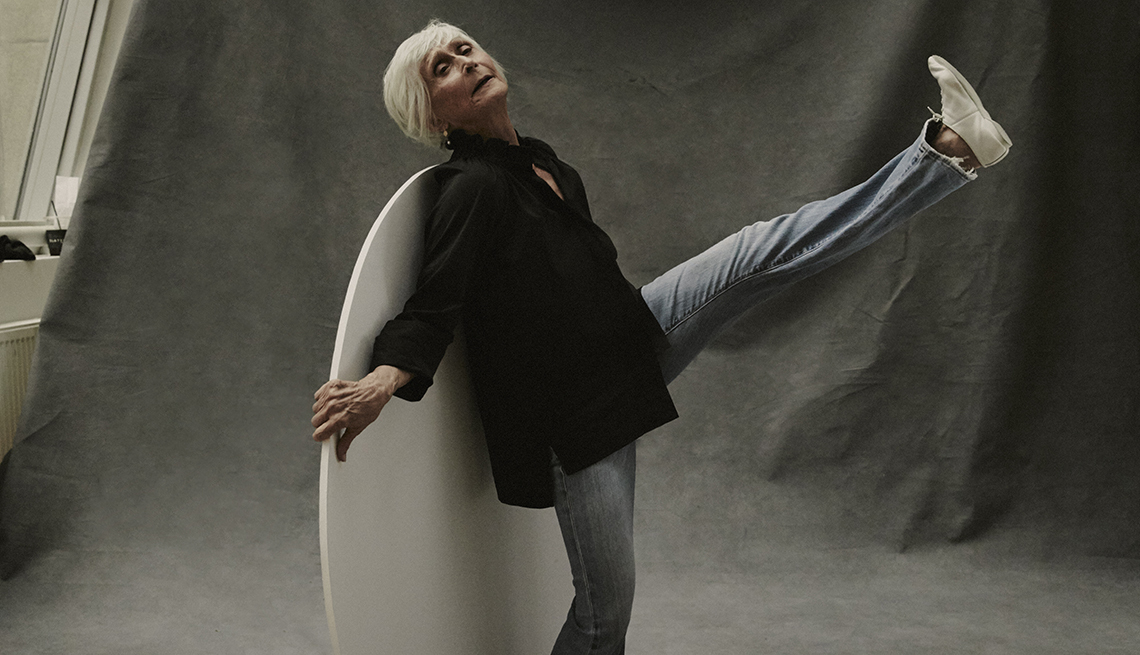 Q: In your new book, Keep It Moving, you talk about what you've learned about aging by being a choreographer and dancer. Give us a snapshot.

A: As a child, you dance around and you don't know what you're doing. But you do it all the time, so you do it really well. Then you do formal studies and learn what you can do when you're in full possession of your physical prowess. And when aspects of that start to retreat, you learn other questions to ask.

So, as your body diminishes, you know how to deal with it?

I don't like to say it diminishes. It alters; it changes. An astute person changes with it rather than fights against it.

What is the biggest misconception about aging?

That it becomes less than what it once was rather than just the opposite: an accumulation of knowledge and experiences and options. As we get older, there are more options, not fewer. A good example is Beethoven, who was deaf at the end of his life, yet the last string quartets he wrote were amazing. He had to delve deeply into his memory bank and his mixture of things. Mixing and matching becomes much more possible with age.

A lot of people think their identity is etched in stone.

Yes, and that's defeating. Who wants to go on living in jail? One should be able to wake up every morning at age 75, and think anything is possible.

You talk about a contract with the future. What is that?

You have to be willing to change. There's so much involved with what I call status quo bias. People in a comfort zone. You need to say, “On occasion, this serves me, and this doesn't. It's just a habit. So, let's set that aside and move on.”

Why do people have such a hard time doing that?

One, people are terrified of change. Period. And two, the notion that what we experienced as young people becomes nearer and dearer to our hearts as we age. We keep believing that, somehow, we'll get the young thing back. But it's not going to happen, so you might as well revise your thinking.

How did you decide to become a choreographer?

I was performing with a professional dance company in New York City and felt it wasn't all that I could do. So, I went to audition for the Rockettes, and afterward, they said, “Well, young lady, your dancing is really quite excellent, but could you smile?” It seemed to me they were overstepping a boundary. So, I thought that if I wanted to dance, I would have to make the dances myself. I had no idea about what that meant, but if I wanted to dance enough, I would find a way.

What's a typical workout for you?

It varies, but it always involves using the same questions to evaluate my body. Is it hurting? And if so, is it going to impact what I can do today? For example, today I started out with my usual set of ab exercises and my usual set of stretches. Then I went into my studio and worked for two hours. I'm not working on any new pieces, so I can build up a reservoir of strength that I can use later.

What advice on aging would you give to someone not as disciplined as you?

One, expect it to be a positive experience and do whatever you can to support that expectation. Aging isn't easy, and anyone who says it is isn't experiencing it. Obviously, there are challenges. The body is insulting the mind, which remembers things that were once possible.

When you look back at your life, what has been the organizing thread?

Commitment. I decided that the physical body was a very wise instrument and I would investigate its possibilities. You don't want to have a goal that you can accomplish. You want one that will continuously pull you along to the next discovery.

What's your dream for the future?