When Flu Relief Comes With an Rx

What you need to know about Tamiflu and other flu antivirals 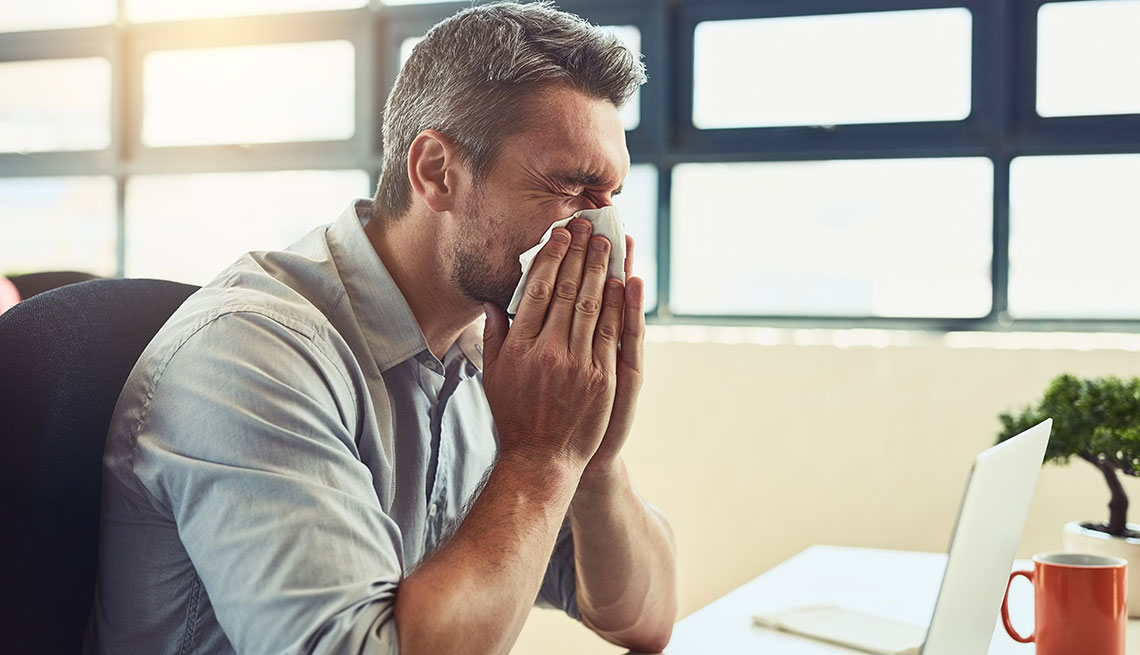 A study showed that an antiviral, such as Tamiflu, can shorten the time that flu symptoms linger if taken early.
Istock
By:
Kathleen Fifield
AARP
En español
March 14, 2018

While it’s been one of the most severe seasons in recent history, the flu is finally waning. But it's not quite finished with us, yet. In fact, influenza is still widespread in 34 states, according to the Centers for Disease Control and Prevention’s latest update. Just in case it comes your way in the next month or so (May is the outer boundary of traditional seasons), we asked Angela Campbell, M.D., a medical officer with CDC's Influenza Division, for a detailed look at antivirals — what she calls the second most important way, after your flu shot, to protect yourself.

Can you explain for us how the three types of antivirals on the market (commonly known by their brand names Tamiflu, Relenza and Rapivab) work?

The three antiviral drugs that are approved and recommended for use this season are all neuraminidase inhibitors, and this class of drugs works by blocking the release of virus particles from infected cells. That keeps the virus from going on and infecting other cells.

Basically, the flu virus infects a cell in the respiratory tract and then it makes new copies of itself inside the cell. These copies need to be released to go out and infect other cells. The molecule that does the release is called the neuraminidase, and these neuraminidase inhibitors block that release action.

How soon after taking a prescribed antiviral could someone expect to feel better?

One trial showed that an antiviral given to adult outpatients within the first two days of illness shortened the time that it would otherwise take for all symptoms to resolve, or go away, by one day. But there were data to show that even within that first 48 hours, the duration of illness was shorter the earlier the treatment was initiated. So it's shorter if treatment is given within the first six hours than if it’s given within 12 hours, all the way up to 48 hours. And if you think about how these drugs work — blocking virus release from the cells — it makes sense that the earlier in the infection you give one, the more it will keep the virus from multiplying and spreading.

Is there any research on whether you get any benefit if you take one after the first couple of days?

There are some studies that show that treatment started even after 48 hours from symptom onset can be beneficial. A Lancet Infectious Diseases study from 2013 suggested a benefit when oseltamivir [available under the brand name Tamiflu or as a generic version] was started even 72 hours after illness onset in children with fever. There have also been other observational studies in hospitalized patients that have shown that treatment can provide a benefit when started 3 to 5 days after the onset of symptoms. So for that reason, we recommend that a hospitalized patient with suspected or confirmed influenza be started as soon as possible on antiviral treatment even if it’s outside of that 48-hour window.

We have data that suggest that antivirals also reduce the risk of complications, such as lower respiratory tract infections like pneumonia. And there’s some data to suggest they reduce the risk of being admitted to the hospital. And then in hospitalized patients, we have observational data that show that influenza antivirals can both reduce mortality and shorten the length of stay.

How big of a reduction in mortality are you talking?

There was a study in 2014, which included data on more than 29,000 patients, which showed that treatment with a neuraminidase inhibitor was associated with a 25 percent reduction in the likelihood of death compared to receiving no treatment. If the antiviral was given within 48 hours of a person developing illness, it cut the risk of death in half.

Why might antivirals be especially important for those over 65?

People in that age group are one of the groups at higher risk for complications from influenza. They’re more likely to go on and develop severe or complicated illness. So for them, it’s especially important that they receive early treatment to prevent that. A 2015 study that looked at antiviral treatment for those 65 and older who were hospitalized with flu found that antivirals shortened the duration of their hospital stay and reduced their risk of needing extended care after discharge. And early treatment provided the most benefit.

Why aren’t antivirals prescribed to everyone who gets the flu?

Most people who are otherwise healthy and get the flu will have mild illness and they don’t even necessarily need to seek medical care or be treated. We focus our treatment recommendations on people who are either going to become severely ill or already are severely ill. That means all hospitalized patients, all patients with complicated or progressive illness, and then all high-risk patients — and that includes those that are 65 and older, but also young children and people with underlying medical conditions, and pregnant women.

While we focus our recommendations on those groups, that’s not to say that anyone couldn’t be treated. And certainly, if a doctor chooses to treat someone, especially if they’ve had the illness for less than 48 hours, they’re likely to receive some benefit from that. But that’s an individual clinician’s judgment decision.

What did the CDC see in terms of shortages of antivirals in pharmacies this flu season?

Generally, shortages aren’t a big issue, but this season, because flu was so intense and widespread, there were local spot shortages reported in places experiencing high influenza activity. And so we did suggest that health care providers in those areas prioritize treatment for hospitalized and high-risk outpatients. But mostly we heard only about spot shortages, or a few delays with manufacturers filling orders of the generic version of oseltamivir capsules and suspensions.

Were there cities where Tamiflu or the generic oseltamivir weren't available at all, or was it more a matter of people having to call a couple of pharmacies to fill their prescription?

My understanding was that it was more like patients were having to call more than one pharmacy. In some instances, they might have had to call multiple pharmacies.

Should health care providers stock up now for next year’s flu season? Do these antivirals last that long?

Beyond pneumonia, what are some other serious flu complications for those over 65?

Flu can cause a lot of other complications. It can cause complications in multiple organ systems, it can be associated with increased risk of heart attack, and infections around the heart, and it can lead to multiorgan failure, or sepsis — so there are a number of more severe complications for which people could be hospitalized. It’s safe to say those are not as common so we don’t have data on the effectiveness of antiviral treatment in preventing each one of those.

So of the three — oral oseltamivir [Tamiflu], inhaled zanamivir [Relenza] and intravenous peramivir [Rapivab] — oral oseltamivir is by far the most commonly prescribed because of its ease of use. Therefore, it ends up being kind of difficult to compare it to other less prescribed drugs. We don’t really get data on their relative effectiveness every season.

But the CDC does test the circulating virus for resistance to antiviral medications, which means we check to see if they’ve changed in some way that might make the medicine not work. And so far this season, all of the virus strains have shown 99 to 100 percent susceptibility to the antiviral drugs.

Is there anything a patient can do to make taking the antiviral more effective?

Other than the intravenous peramivir, the other two antivirals are taken twice daily for five days, and so it is important to follow the instructions and take the full course as prescribed. And with oseltamivir, either the generic or Tamiflu, it’s a good idea to take it with food because that can help relieve some of the nausea and vomiting that can be experienced as a side effect.

Have you heard about people who couldn’t afford antivirals this season?

I have heard those things, yes. Unfortunately, even though the generic is 20 percent less expensive than the brand version, the cost is still is prohibitive for some. I know that at least some of the insurance companies the CDC worked with allowed the brand name product to be processed as generic if a pharmacy was out of the generic version. So that meant the company would cover Tamiflu for the same co-pay as the generic if it was not available, and that was one attempt to alleviate cost a little bit.

How would you weigh the importance of taking antivirals compared to getting a flu shot?

Vaccination really is the ideal best way to prevent flu, which is why it's recommended for everyone six months and older. We typically consider antivirals as an important adjunct to vaccination. Antivirals are what we have to deal with the illness that does occur.

Big News on How Flu May Spread

It's literally in the air around us, a new study finds