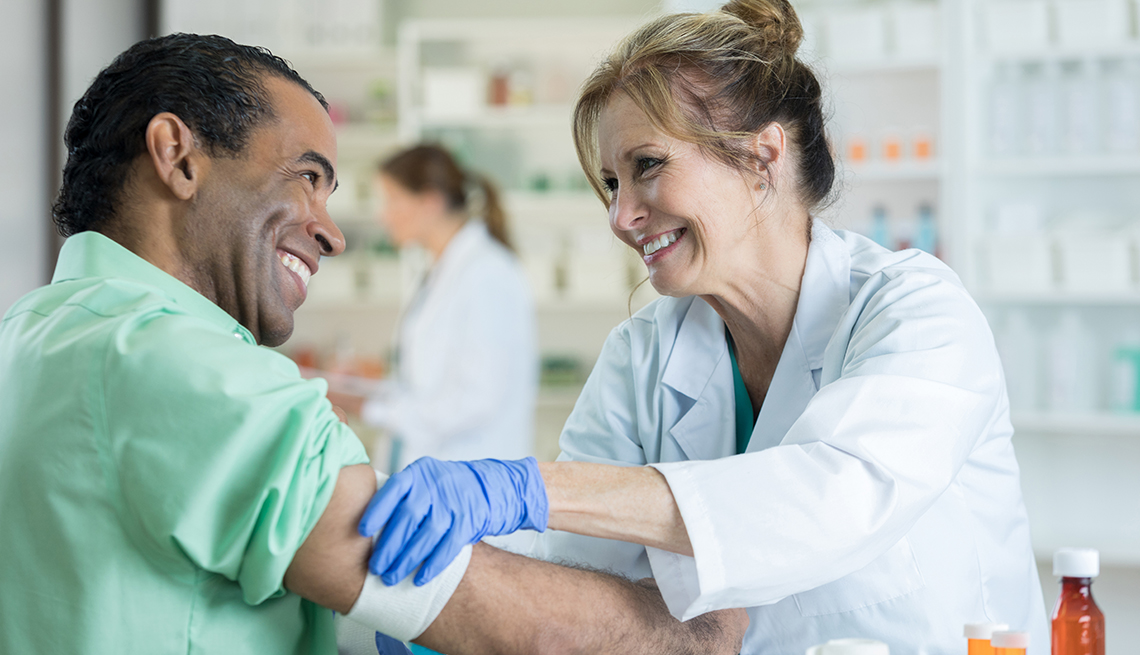 Americans 65 and older can benefit from a high dose flu shot.

National flu experts are stressing the importance of getting a flu shot by the end of October to avoid being ill this influenza season, which lasts from November through March. Officials from the Centers for Disease Control and Prevention (CDC) and the National Foundation for Infectious Diseases on Thursday said shots — not nasal sprays — should be given this year, and that people 65 and older and those with compromised immune systems can benefit from a high-dose shot.

Strains of the virus we may see in the United States are hard to predict, said Daniel B. Jernigan, head of the CDC’s influenza division. His team tracks strains as they circle the globe and was seeing Influenza A subtype H3N2 — which made recent seasons in the United States especially tough — in Australia this summer, he said.

“When we have seasons that are predominantly H3N2, that’s when we see lots of hospitalizations in older individuals,” Jernigan said. In any year, older Americans account for the majority of flu-related hospitalizations and an estimated 85 percent of flu-related deaths. The high dose and similarly stronger adjuvanted vaccine have been proven significantly more effective at preventing flu infections in those over 65.

Last year's flu vaccination rates were lower than officials want to see, with just 47 percent of the population and 65 percent of those over 65 getting inoculated. Even a 5 percent increase in those rates, officials say, would mean nearly a half-million fewer cases of flu.

But even with those less-than-ideal percentages, Jernigan said, “you still get a high number of cases averted.” And if a flu shot doesn’t prevent the respiratory virus, “it can reduce the severity of infection and prevent a more severe outcome.”  With tens of thousands of U.S. deaths from influenza during a typical year, imperfect can be lifesaving.

An unrelated study from Great Britain released this week shows that being in good humor when you get your flu shot boosts its effectiveness — or so it seems in British subjects over 65. Still, if jolliness seems a lot to ask as you wait in line, get your vaccination in any mood. Just do it soon.