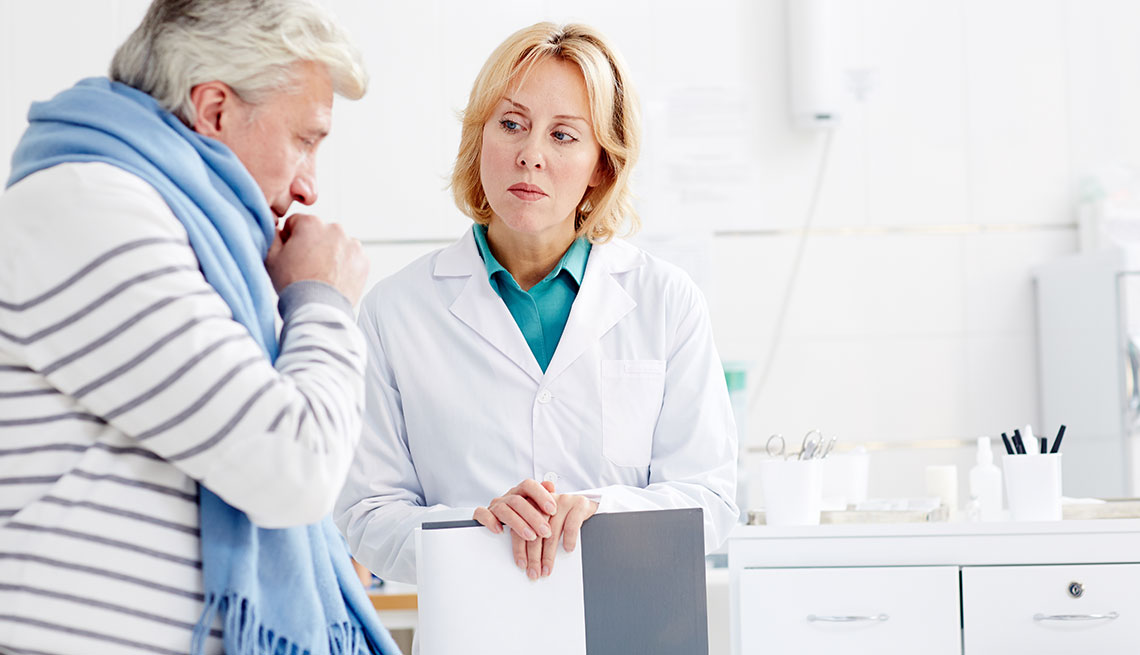 The CDC is recommending that doctors prescribe antivirals such as Tamiflu as swiftly as possible, given that the drugs work better the earlier they are prescribed.

Is the current spike in flu cases nationwide an early peak to a severe season? Or are we in the midst of one of the worst epidemics on recent record? That was the question public health officials discussed Tuesday in a briefing at the Centers for Disease Control and Prevention. The answer: It's still too early to tell.

Certainly we’ve seen an unusually fast spread this year, said Dan Jernigan, director of the CDC's influenza division, demonstrating with a map of the U.S. that showed 49 states had widespread activity last week. “This hasn’t happened in the last 13 years, and maybe not ever," Jernigan said.

"Flu is in lots of places at the same time, which is one reason why there’s a sensation of severity,” Jernigan said, adding that it remains to be seen whether we're in a "severe" season or a "moderately severe" season.

Could cold weather have contributed to the recent spike? “Influenza likes the cold. When it’s cold people get together and huddle,” Jernigan noted, thereby spreading the virus. “But we wish we knew more.”

With nearly 6,500 hospitalizations reported so far, statistically this season is neck and neck with 2014-15, when the deadlier H3N2 strain similarly predominated. That year, the makeup of the manufactured vaccine did not well match the circulating virus, which gave it an effectiveness of only about 33 percent. Last year's shot, by contrast, was about 40 percent effective on the whole.

The CDC panel stressed the importance of flu shots, however imperfect, to help reduce the spread of influenza and to lesson the number of severe cases. Officials also reiterated that doctors should prescribe antivirals such as Tamiflu as swiftly as possible, given that the drugs work better the earlier they are prescribed.

Alicia Frey, M.D., an epidemiologist at the agency, explained that the CDC considers antivirals, which "reduce mortality by 50 percent in adults," critical for anyone with severe symptoms of flu or those at a high risk for complications (this includes everyone over 65). In less severe cases of flu, she said, research shows that the drugs can end fever and other miserable symptoms a day earlier than without them.

Right now, Frey noted, there is enough antiviral medication available nationwide to meet high demands, though spot shortages in areas with concentrated activity do exist. She recommended to clinicians that they tell patients to call ahead to make sure any antiviral drug prescribed is available and to be prepared to call more than one pharmacy to have a prescription filled.