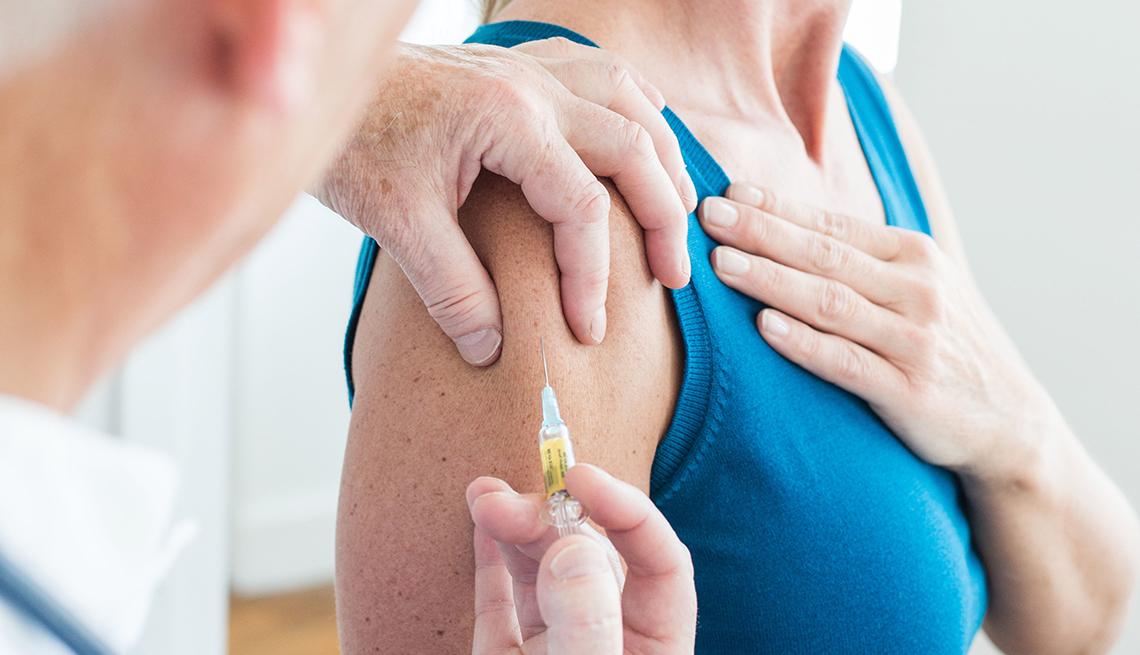 There are several different vaccinations recommended for people 65 and older.

When was the last time you had a tetanus booster? How about a flu shot? Some of the vaccinations you've had may be easier to remember than others, but it’s important you track each and every one of them.

Older adults have greater susceptibility to — and complications from — diseases, and that’s why the Advisory Committee on Immunization Practices (ACIP) recommends certain vaccinations. But a new report by the National Center for Health Statistics highlights what could be troubling gaps among the vaccines people have received.

While 69 percent of people 65 and older received an annual influenza vaccine, the results were not as favorable when it came to ever receiving the shingles vaccination — with 34 percent having received the shot. The report noted that the older people got, the less likely they were to get the shingles vaccination. About 36 percent of people ages 65 to 74 said they received the vaccine at some point, but that proportion dropped to 29 percent for seniors 85 and older.

If you are 65 or older, the ACIP recommends vaccinations for influenza, two doses of pneumococcal vaccine, one dose of shingles vaccine and a tetanus booster every 10 years.

More men over 65 got a tetanus booster compared with women, according to the report. Overall, about half of Americans had received the shot, while 61 percent of men had.

When it comes to a pneumococcal vaccine, shown to prevent pneumonia and protect against other diseases, more than 6 out of 10 adults received the shot.

AARP previously reported on the many different vaccinations and what they protect against, who needs them, how often you should get them and other concerns.

For example, the influenza vaccination protects against seasonal flu that can be transmitted by close contact with someone who's infected. People 65 and older tend to get much sicker than others, so the shot is recommended annually, usually in early fall. It typically takes about two weeks for the vaccine to start working.

As you try to keep better track of the vaccines you receive, it’s also important to talk with your doctor about the latest vaccine recommendations.