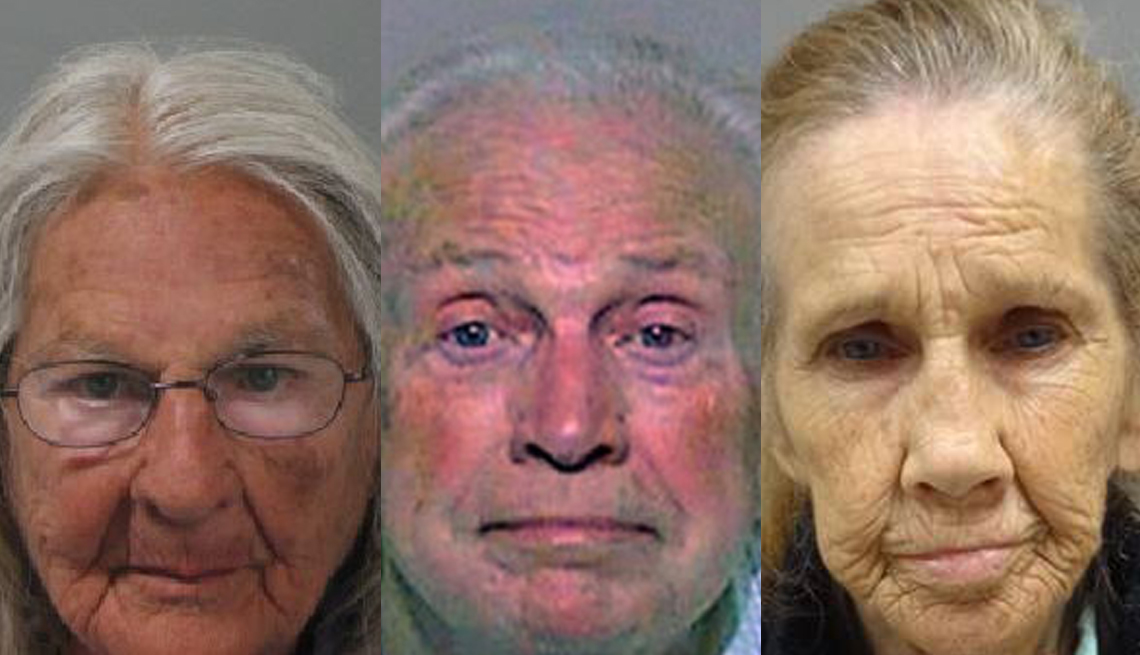 Over a span of about two years, Ajellon Dedeaux, a 29-year-old drug dealer, sold thousands of prescription painkillers on the illicit drug market near Sacramento, Calif. Finding customers was easy. The hard part was finding a supply of pills. A reliable source?

"Older people," Dedeaux said in an email sent from a federal prison in Arizona, where he is serving a 12-year sentence on drug charges. "They want to make some extra money and don't mind selling the pills."

Interviews with law enforcement members across the country, along with a review of court cases, confirm that retirement-age Americans have become a new source of illicit prescription painkillers sold on the open market. Some sell their pills due to a financial crisis or to make ends meet. Others are victims of drug dealers, who target them for their prescriptions. And in some cases, caregivers and family members are pilfering their medications for profit or to feed their own addictions.

"People, especially in rural communities, they don't see anything wrong with selling or sharing prescription medications."

What helps fuel this troubling trend is not just the poverty faced by some older people. It's also their ability to easily gain prescriptions from doctors.

"If they discover they can make $20 a pill on the street, then it becomes a temptation to supplement their income," according to Charlie Cichon, executive director of the National Association of Drug Diversion Investigators.

While there are no precise statistics to gauge the size of the problem, law enforcement officials from New York to Los Angeles say that older people selling prescription medication is a real issue. The reason for the lack of data: Federal prosecutors focus their efforts on large-scale opioid pushers. And local prosecutors say there is a reluctance to prosecute people at or near retirement age for selling their relatively small cache of prescription drugs. These factors have allowed the problem to remain below the radar.

But treatment workers and researchers who study addiction say the prescription drugs of older Americans often end up on the open market.

"We know that some elderly patients use their prescriptions as a strategy for increasing income," said Sharon Walsh, director of the University of Kentucky Center for Drug and Alcohol Research in Lexington.

Walsh said older Americans who sell their prescriptions do not operate like traditional drug dealers. Instead, they sell, and sometimes share, their medications through a network of friends and family members, often without a good understanding of the dangers or potential legal consequences.

"People, especially in rural communities, they don't see anything wrong with selling or sharing prescription medications," Walsh said. "It's a culturally accepted thing" to supply medication to a person who is in pain.

In January, a 74-year-old woman in Kingsport, Tenn., was sentenced to probation for selling prescription pain pills after police seized more than 100 oxycodone pills and cash from her home.

Kent Chitwood, the assistant district attorney who prosecuted the case, said about 1 in 10 of the prescription drug cases he prosecutes involve an older adult.

"Some may have economic reasons why they chose to sell their drugs," Chitwood said. "Others have long histories and continue to do these things until their elderly years."

Prosecutions are challenging because juries are surprised to see an older person on trial, and judges are reluctant to give jail time, law enforcement officials say.

Capt. Jeff Orr, president of the Ohio Task Force Commanders Association, said for older drug sellers who are caught, it's often their first brush with the law.

"If we get information about sellers, we are following up on it. Are they going to prison for it? No," Orr said. "They are being diverted to probation at that age."

Austin Serb, a convicted drug dealer in Boise, Idaho, said he knew many older people who sold their prescriptions. A patient who is prescribed three pills a day can make up to $3,600 a month selling them, Serb said. "It's too tempting, especially if they need the money," Serb wrote from federal prison in Colorado. "Once they do it, they keep doing it."

Capt. Steve Arthur of the Baldwin County Sheriff's Office in Alabama said he sees few cases in which older people set out to sell drugs. More often, drug dealers recruit them, either with threats or promises of money, to get prescriptions that they later sell at a steep markup. And in some cases, fraudulent or careless prescribing has left older patients with more opioid pills than they need.

The flow of opioids from older Americans to the street isn't always at a profit. Pills often are stolen by home health workers,taken from medicine cabinets by family members and visitors, and sometimes just given away.

But for drug dealers like Dedeaux, older Americans will continue to provide an irresistable opportunity to secure the profitable pills. "The old lady next door might be a great supplier," he said.

Next: The New Caregivers