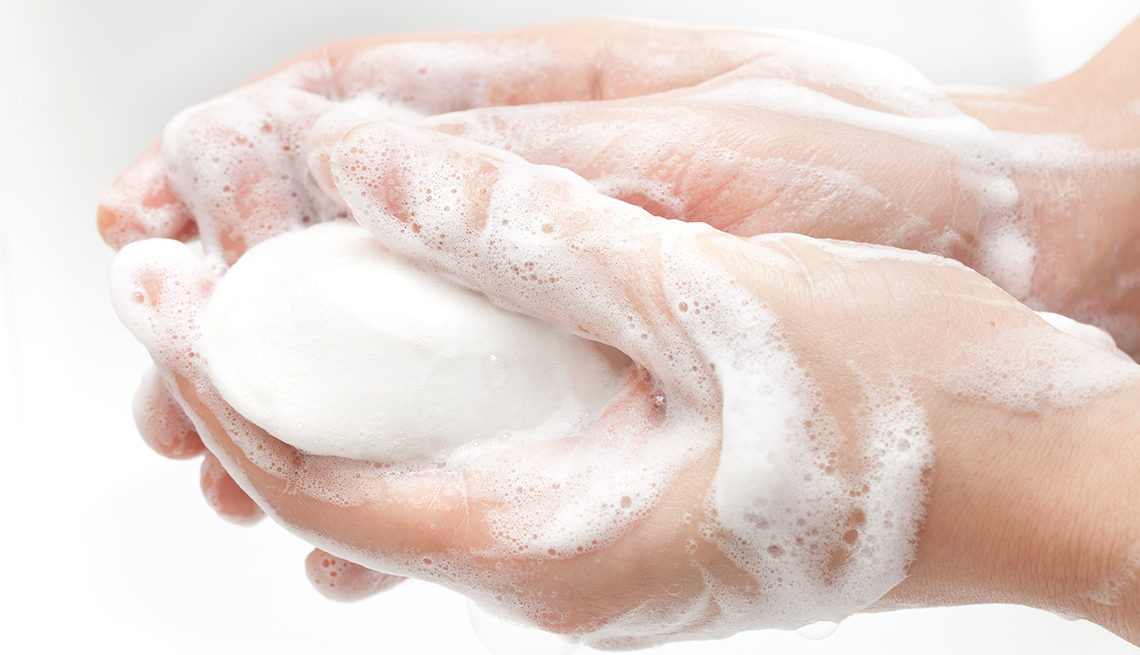 When you lather up in the shower, do you use bar soap or liquid soap? Your answer could reflect your age.

According to a new report from market research firm Mintel, sales of bar soap are slipping because a growing number of consumers — especially women and younger adults — think a dispenser of liquid soap is easier to use, less messy (no slimy soap dish to clean) and more hygienic.

As a result, bar soap sales are down 2.2 percent from 2014 to 2015, even though overall sales for soap, bath and shower products increased by nearly 3 percent during the same period, Mintel reports. Usage of bar soap is also sliding, with the percentage of households using the traditional bar dropping from 89 percent to 84 percent between 2010 and 2015.

The report reflects both a generational and a gender divide. The traditional bar of soap is most popular among older adults, with as many as 60 percent of those age 65-plus happy to use it to wash their face, compared with just 33 percent of those ages 25 to 34, the Washington Post reports.

Men are also more willing to use bar soap than women. The survey found that 53 percent of men were willing to wash their face with bar soap, compared with 36 percent of women.

However, nearly half of all U.S. consumers — and 60 percent of those 18 to 24 — believe bar soap has more germs than a bottle of liquid soap.  (The older generation isn’t as worried; only 31 percent of those 65-plus said they were bothered by the thought of germs on their bar soap.) Germs likely do live in the damp “slime” of bar soap, an epidemiologist told the Huffington Post, but they’re unlikely to make you sick, and rinsing the soap under running water before lathering with it should solve the problem.  Also consider that bacteria have been reported in some shower gels and even hand sanitizer.

“The market for bar soap is being impacted by preferences for alternate formats, including liquid body washes and liquid hand soaps,” as well as in-shower moisturizers, Mintel beauty analyst Margie Nanninga said in a statement.

The only bright spot in the bar soap market: “premium” and “natural” bar soaps, which are attracting a wider range of ages, according to Mintel. More than 60 percent of consumers would consider buying premium bar soaps, the Post reported, and both the 24- to 34-year olds, as well as those 65-plus, were interested in a greater variety of natural bar soaps.

And maybe older adults should be considering liquid soap. Some experts say having a securely fastened bottle of liquid soap in the shower presents less of a chance of someone falling while trying to retrieve a dropped slippery bar of soap.