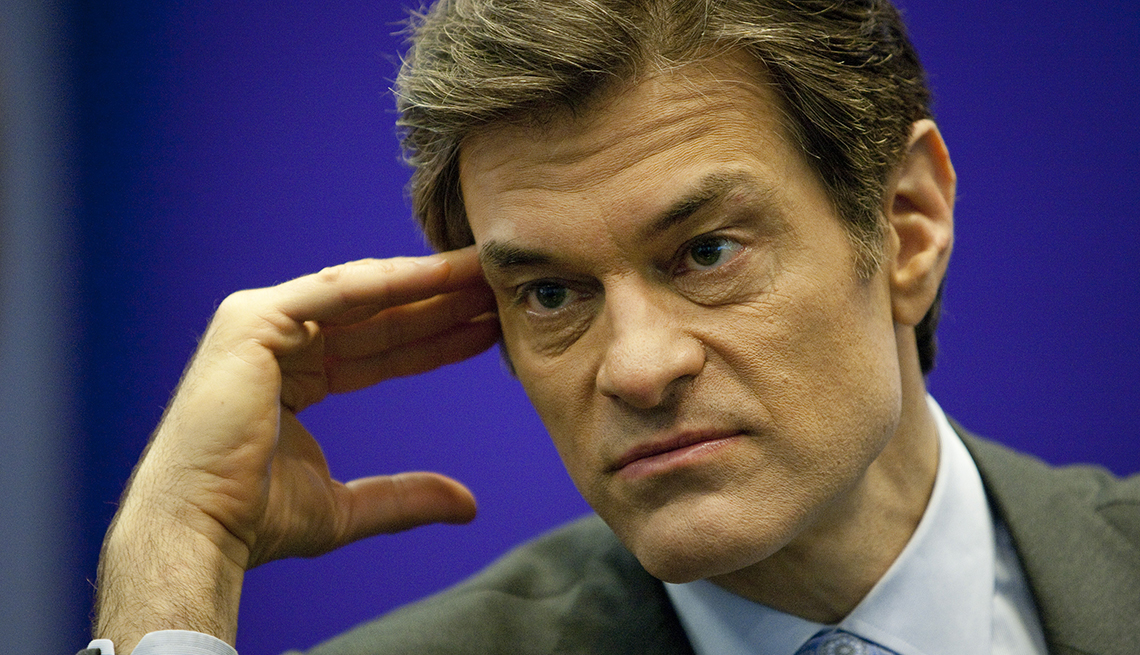 En español | He's calling it his “most personal” episode ever. The physician and talk show host Mehmet Oz today began a new season of The Dr. Oz Show with an emotional disclosure: His mother, Suna, was recently diagnosed with Alzheimer's disease — and Oz said in an interview leading up to the episode that he “completely missed” the warning signs of a disease that affects an estimated 5.8 million Americans.

Among the clues the well-known surgeon and TV host failed to pick up on? Personality changes, unusual behavior (like giving her possessions away to people she barely knew), and confusion about time and place. In a post on his website, Oz wrote that his mother, who lives in Turkey, would ask him over for lunch — not realizing that he was an 11-hour flight away.

"Hearing the official diagnosis was devastating,” he wrote. “But just as painful for me was the realization that the signs were there all along — I had just been overlooking them."

According to Alzheimer's Association spokesperson Keith Fargo, other warning signs of the disease include forgetting recently learned information, withdrawal from work or social activities, and difficulty completing familiar tasks.

Whether you are concerned about yourself or a loved one, Fargo says heading to the doctor is an important first step — despite how difficult it may feel.

There is no cure for Alzheimer's disease, but experts agree that early diagnosis allows families to plan for the future and take advantage of treatment options like medication and the chance to enroll in clinical trials.

Oz also revealed on his website that he underwent testing to better understand his own cognitive functioning and dementia risk factors following his mother's diagnosis. That's how he learned that he carries a copy of the gene APOE4, which is associated with an increased risk that someone will develop the disease.

People concerned about their brain health, he wrote on his website, can kick-start a conversation with their doctor by taking a cognitive assessment online and bringing the results to their health care provider.