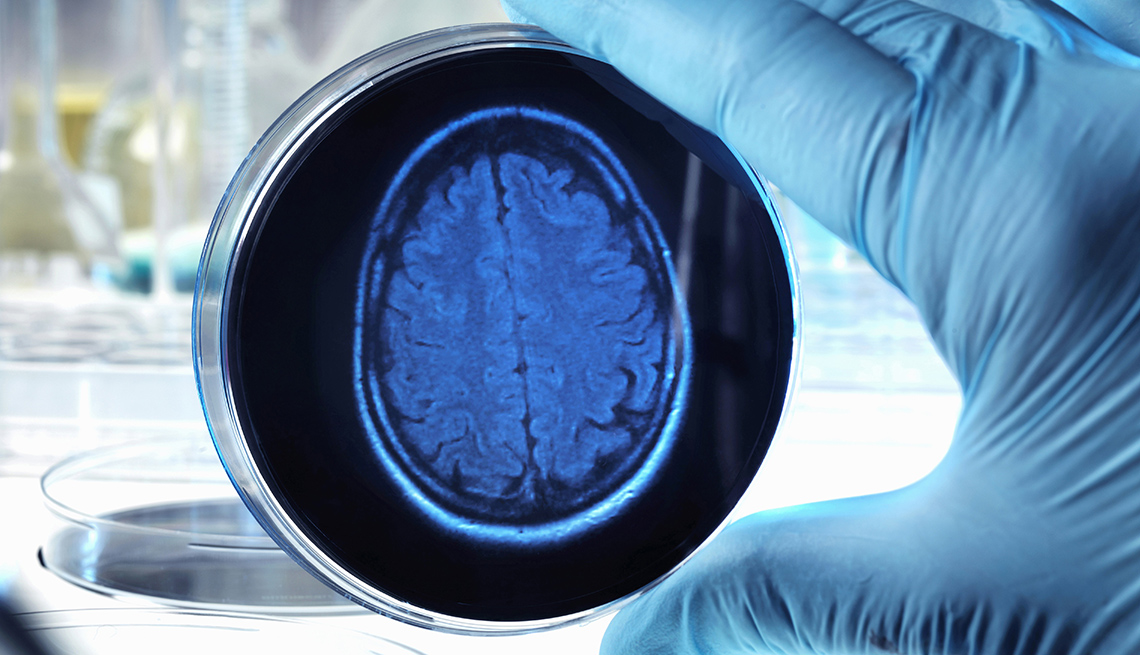 About 50 million people worldwide have dementia, and that number is expected to grow.

En español | Barbara Tate, a neuroscientist with a distinguished history of medical research, has some bold new theories about the causes of and cures for dementia. And she and her colleagues have equally bold thinking on how to test their theories. But conducting the research takes lots of cash, which their year-old company, Tiaki Therapeutics in Cambridge, Mass., doesn’t have on its own.

Tiaki exists today for one reason: It is supported by the Dementia Discovery Fund (DDF). This London investment fund was set up in October 2015 to provide money to small companies seeking to discover novel therapies to stop or slow the onset of Alzheimer’s disease and other types of dementia — a crippling neurological condition that so far has proven resistant to anything but temporary treatments for individual symptoms.

The DDF just hit an important milestone: reaching its funding target of $350 million, thanks largely to a $60 million investment from AARP announced in June. Its original target cap was set at nearly $200 million. “We raised the cap because of the huge interest in what we’re doing, and the possibility for us to do more,” explains Kate Bingham, managing partner of SV Health Investors, the health care venture capital fund selected to run the DDF.

Why there’s so much interest is no mystery. About 50 million people worldwide have dementia, and that number is expected to grow to 131.5 million by 2050. The cost of treating dementia worldwide hit an estimated $818 billion in 2015 and is rising by nearly 16 percent annually. Any breakthrough dementia drugs would provide hope to patients around the world — and would be worth billions of dollars. These “could be the biggest drugs in the world,” Bingham says.

That’s why companies such as Tiaki are of such interest to the DDF. Tiaki focuses on microglial cells, which play several roles in keeping the central nervous system healthy. For instance, these cells constantly survey for signs of inflammation, explains Tate, the company’s acting CEO. If it’s detected, microglial cells drop all their other chores to fight it off. But in some older people, once the inflammation clears, the microglia do not all fully revert to other duties. That, Tiaki’s scientists believe, may be a cause of dementia.

To test this theory, Tiaki has developed a “brain-in-a-dish,” an array of all brain cells, including microglia, that mimic human gray matter. Chemicals can be tested in the array to find drugs than can spark processes that coax microglia back to being fully functional after the inflammation is gone.

The DDF was the brainchild of David Cameron, former prime minister of the United Kingdom and a longtime advocate of boosting dementia research. In December 2013, when Cameron chaired a G-8 summit, he used the annual meeting of the world’s biggest industrial nations to make combating dementia a global priority, recalls Nick Seddon, then Cameron’s special adviser for health and life sciences. As a result, the member states set up the World Dementia Council, which helped to shape the DDF.

Seddon worked with several UK government agencies and investment bank J.P. Morgan to find the best model for the initiative. They opted for a commercial investment fund, seeded with 15 mil­lion pounds (about $20 million in today’s dollars) from the UK Treasury.

The fund is a form of so-called impact investing, in which the goal isn’t just financial returns but also achieving results that measurably help society. “Cancer research as a field has benefited hugely from impact investing,” says Laurence Barker, the DDF’s chief business officer. It has resulted in many effective drugs for different cancers. At the same time, “market forces are now able to demonstrate a clear rationale for private investment in this field.”  How DDF investors use any future gains is, of course, up to them. And these financial gains, if they come, likely are many years away. But, Barker says, many investors have “indicated a long-term commitment to dementia research, and so may well use gains to continue to invest in this area.” At AARP, any profits derived from its DDF investment will be reinvested in its ongoing social-mission work.

Ahead of the fund’s launch, industry and academic experts convinced Seddon that it needed to finance new ideas and methods. “Dementia research wasn’t identifying the right targets, and there was not enough focus on novel therapies,” he says.

For years, the prevailing hypothesis has been that the root cause of Alzheimer’s­ — which accounts for as much as 80 percent of dementia cases — is amyloid beta, a protein that can accumulate as a sticky plaque in the brain. So billions of dollars have been spent to develop drugs that can stop that plaque from forming or eliminate it once it starts to accumulate. But none have had any effect in stopping or slowing the disease.

So the DDF is looking in new directions, such as funding research that uses genetic data and new diagnostic technologies — for example, new brain-imaging techniques and the use of biomarkers to follow brain activity. The goal is to determine the causes of dementia beyond the amyloid hypothesis, so these causes can be targeted with new therapies.

Tiaki, for example, is focused on microglia. Another company the DDF has funded, Alector, uses genetic data to find antibodies that can “harness a patient’s own immune system to tackle the disease,” Bingham says. Alector is already making progress: A large pharmaceutical company recently invested $225 million to help it take two drugs into initial clinical trials next year.

So far, the DDF has made 16 investments, using about 30 percent of its funds. The plan is to make roughly 40 investments overall.

To enforce that rigor, the DDF has an advisory board that includes neuroscientists from each of the seven pharmaceutical investors, as well as the chief scientific officer at Alzheimer’s Research UK. Barker adds: “Many of the investments we have made are based on discoveries at top academic institutions,” including Harvard, Stanford and Yale.

The end goal is, by 2030, to discover at least three drugs that provide initial data in human clinical trials showing strong evidence that they work.

Ultimately, Bingham envisions a time when a simple blood test could reveal a person’s propensity for developing dementia. Then for those most at risk, early intervention should keep the disease at bay for many years. That’s not a full cure. But it’s close.

Thomas K. Grose is a London-based journalist who has contributed to Time, Newsweek and U.S. News & World Report.