What Causes Hiccups — and How to Stop Them

The strange spasms can strike at any time, but a few tricks ﻿may help them disappear 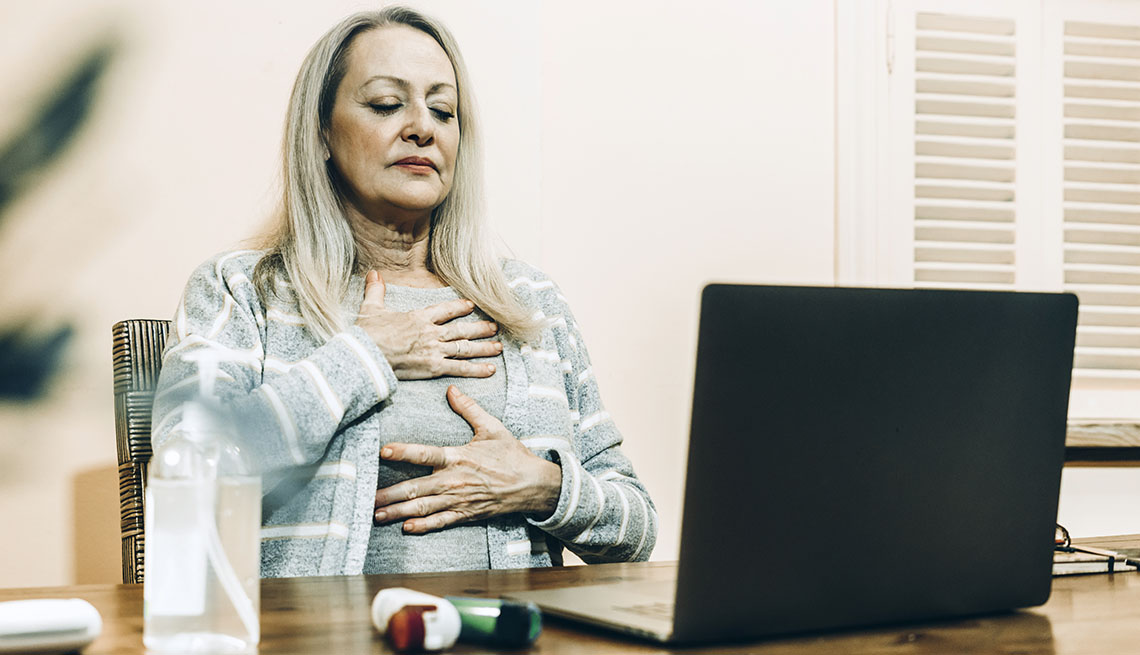 From friends to enemies, family to strangers, and so many people in between — nearly everyone you know has had a bout of the hiccups.

While they’re happening, they’re all you can think about. Without warning, a noise escapes. You can tell another one is coming, but it’s impossible to predict just when. So you wait for the inevitable: a second hiccup, then a third. And all you can do is hope the spasms stop soon.

While annoying, there is some good news: “Just about always, hiccups are not serious. They come and quickly resolve,” says Aminah Jatoi, M.D., a medical oncologist at Mayo Clinic who has published research on hiccups, including in BMJ Supportive & Palliative Care, the American Journal of Hospice and Palliative Medicine and Current Oncology Reports. “But every so often, hiccups seem to require a more detailed medical evaluation,” she says.

Oddly enough, experts still don’t really know why hiccups happen, “even though almost everyone, if not everyone, experiences hiccups during their lifetime,” says Mark Prince, M.D., chair of the otolaryngology department at the University of Michigan.

What’s more straightforward, however, is how they work: Chest spasms contract the diaphragm, pushing air up to the throat, closing the glottis (the middle part of the larynx where the vocal cords are located), releasing a “hic” sound. Then the diaphragm contracts again, in some sort of ominous rhythm.

It all happens suddenly and involuntarily. “In adults, hiccupping does not seem to have any purpose,” Prince says.

Can hiccups be prevented?

Since the cause of hiccups isn’t clear, prevention is murky, too. After all, it’s hard to stop something you can’t see coming. Still, researchers have observed patterns that suggest a few things that can help keep hiccups at bay:

How can you get rid of hiccups?

“There are lots of home remedies,” Jatoi says. And while they haven’t been widely tested, “to some extent, they seem to work,” she adds. The next time you get the hiccups, try:

There is some evidence to support the last remedy on the list: A recent JAMA Network Open study about a straw-like tool “did seem to suggest that that device worked for hiccups,” Jatoi says. The early, nonclinical-trial paper describes the efficacy of a “forced inspiratory suction and swallow tool” (FISST). Coauthor Ali Seifi, M.D., an associate professor of neurosurgery at the University of Texas Health Science Center at San Antonio, patented the device, which is now marketed as HiccAway. It’s fairly straightforward: ﻿You put the plastic tube in a half-full glass of water and quickly suck up and swallow the water. After a few tries, your hiccups should disappear, the authors say.

For many of the study participants, that’s exactly what happened. Of 249 volunteers, 92 percent said the tool stopped their hiccups, and 90 percent preferred it over other strategies. The study offers an imperfect and incomplete picture, however, since it’s based on self-reported experiences and subjective ratings. The researchers say future studies are needed to confirm the effectiveness of the tool.

“Lots of methods have been suggested. None are proven,” Prince adds, though these “common, simple methods for treating acute hiccups [do] seem to help some people.”

When should you see a doctor for hiccups?

Though it’s rare, some cases of hiccups may actually warrant a trip to the doctor. If you’ve had hiccups for at least 48 hours, you should consult a medical professional.

These cases of “persistent hiccups,” as they’re called, “should usually be investigated to assess for more serious causes,” Prince says. Rarely, hiccups can be a symptom of other conditions and diseases, especially if they go on for — not minutes or even hours — but days. If hiccups are accompanied by heartburn, for example, they may be caused by gastroesophageal reflux. Here are other rare causes:

“If a person has had lots of troubling hiccups over less than two days, touching base with your health﻿ care provider is probably called for under these circumstances, too,” Jatoi says.

That said, if you’ve “had just a few bouts of hiccups over two days, then likely the hiccups are not indicative of anything serious,” Jatoi adds, but you should contact a health care provider just in case, especially if you’ve had difficulty sleeping and eating.

What to Eat to Prevent Kidney Stones

Are You Ready to Reboot Healthy Habits?

The pandemic may have taken its toll. Let AARP guide your reset