The Critical Role of Exercise for Parkinson's Patients

How fitness controls symptoms and which activities doctors recommend you try 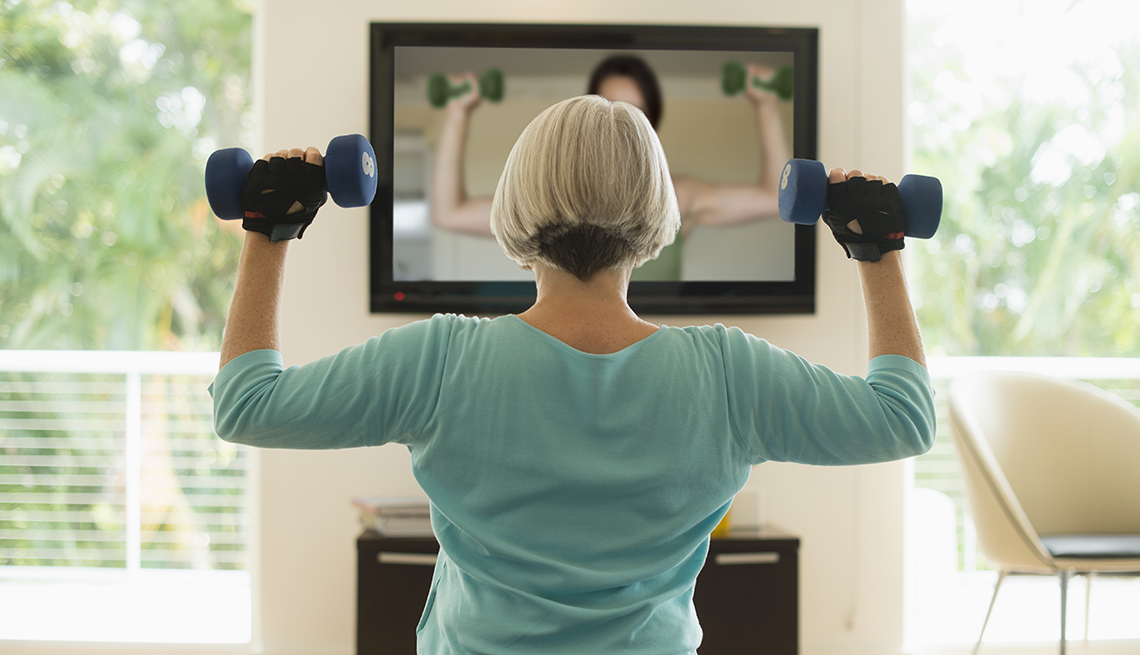 You know that exercise is good for your heart and that it strengthens your bones. But it's also one of the more important cornerstones of managing Parkinson's disease (PD), the second most prevalent progressive degenerative disease of the nervous system that affects movement.

Intensive research in the past several years has found that for Parkinson's patients, exercise can increase coordination and balance, reduce falls and improve mood. Codrin Lungu, program director in the Division of Clinical Research at the National Institute of Neurological Disorders and Stroke, a part of the National Institutes of Health (NIH), says that preliminary evidence also shows that exercise slows the progression of the disease.

To understand how that might be so, research is building on earlier studies showing that exercise in older adults increases brain volume and improves neurological connections in areas that would otherwise undergo age-related decline. Research also has shown that intensive exercise appears to increase dopamine receptors that coordinate signals from the brain to muscles. Scientists believe a lack of dopamine causes PD.

To find out more about which type of exercise might bring the greatest benefit, investigators with the NIH recently began a phase 3 randomized clinical study of the benefits of high-intensity and moderate-intensity aerobic treadmill workouts on the course of Parkinson's. The study will enroll 370 PD patients who have not yet begun drug therapy from 29 sites throughout the U.S. and Canada. They will be followed for two years to assess the effects of their physical activities on brain function, quality of life, fitness, mobility and other factors.

While medications can help relieve the symptoms of PD, there is no cure for the disease. However, doctors who treat the disease say that at least two and a half hours a week of exercise can help with declining and impaired mobility and increase quality of life. They specifically recommend cardiovascular exercise that raises the heart rate to 80 to 85 percent of its maximum. “That's when you can't keep a conversation going because you are breathless,” Lungu says.

Katherine Amodeo, a neurologist and movement disorder specialist with MidHudson Regional Hospital in Poughkeepsie, New York, says that while exercise can have value for her PD patients at any point in the disease, “the earlier the better.”

Zyary Figueroa, 71, is one of the million Americans living with PD. Since her 2016 diagnosis, she's learned how valuable exercise is to manage her symptoms. “Keeping active keeps you more alive,” she says.

Before the pandemic, Figueroa, who is from Queens, New York, used to work out at the gym three to four times a week with weights, and she also took Zumba and yoga classes. Exercise helped her mobility, balance and posture so much that she was able to go on safari in Africa, paragliding in Nepal and snorkeling in the Galapagos Islands.

After losing access to her classes and routine during the earlier stages of the pandemic, Figueroa says her tremors increased, along with pain and fatigue. Now she's slowly building back up to her previous regimen at the gym.

What kind of exercise is best?

Ideally, combining a range of different fitness activities can bring the most benefit to patients, Amodeo says, since variety increases muscle learning and is more neurologically invigorating.

That said, “any bit of exercise helps,” she notes, adding that it also pays to build up slowly. An introductory session with a physical therapist is also recommended to help patients find the best beginning regimen for their ability level. The American Parkinson Disease Association (APDA) National Resource Center for Rehabilitation runs a toll-free hotline (888-606-1688) that allows callers to speak with a licensed physical therapist who can offer advice about exercising and help connect callers to resources in their communities.

While the most important thing is finding a fitness activity you enjoy, and sticking with it, Amodeo says she's seen benefits from a few particular types of exercises in particular — such as boxing, which, she notes, combines aerobic exercise, weight training and balance all in one class, as well as yoga and tai chi, which deliver balance training and help with fluidity of movement. “They're also good for overall mindfulness and taking time for you,” she notes. For those more limited in their mobility, she says a stationary bike or aquatic therapy are great options.

While research shows cardio is especially key to cerebral blood flow, Amodeo recommends working in some weight training, too. “The only way you're going to help beat the disease is by becoming stronger and able to move better,” she says.

And finally, don't overlook a dance class as a potentially fun and beneficial type of exercise. One study showed that Argentine tango classes in particular improved PD patients’ balance and functional mobility.