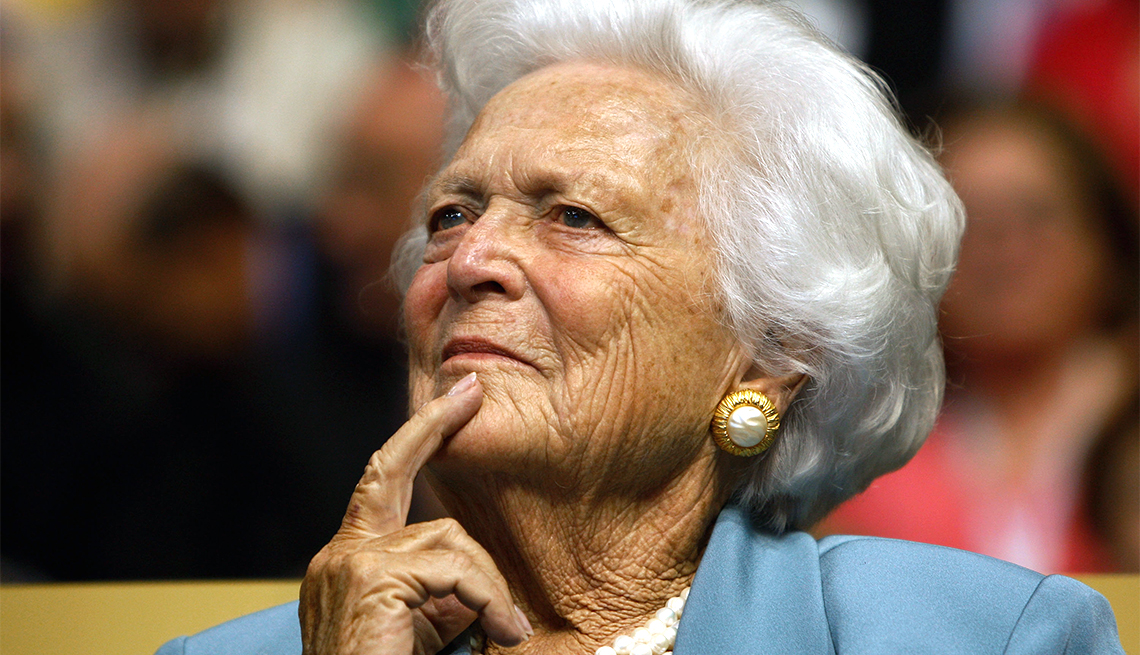 Barbara Bush, wife of former President George H.W. Bush, has been suffering from congestive heart failure and chronic obstructive pulmonary disease, according to a family spokesman.

As she nears death at age 92, former first lady Barbara Bush’s announcement that she is seeking “comfort care” is shining a light — and stirring debate — on what it means to stop trying to fight terminal illness.

In a public statement Sunday, the family announced she has decided “not to seek additional medical treatment and will focus on comfort care.”

The announcement comes amid a national effort to define and document patients’ wishes, and consider alternatives, before they are placed on what has been described as a “conveyor belt” of costly medical interventions aimed at prolonging life.

Ellen Goodman, cofounder of the Conversation Project, which encourages families to discuss and document their end-of-life preferences, applauded the Bush family announcement.

“It sounds like this forthright, outspoken woman has made her wishes known and the family is standing by her,” Goodman said.

“It makes perfectly good sense at her age, with her failing health, that she would say at some point, ‘Life’s been good, and while you always want more, it’s enough,’” said Joanne Lynn, M.D., director of the program to improve elder care at Altarum Institute.

Lynn worked with Barbara Bush years ago, when she was a congressional spouse volunteering at the Washington Home for chronically ill patients. Bush helped with the founding of the hospice program there.

“We have so few examples in visible leadership positions” of public figures promoting palliative care, she said.

Thousands were expected to focus on their end-of-life preferences Monday, which has been designated as National Health Care Decisions Day since 2008. Haider Warraich, M.D., a fellow in cardiovascular medicine at Duke University Medical Center and author of the book Modern Death, also applauded the Bush family for putting the phrase “comfort care” into the public sphere so that other people can consider it “a viable option at the end of life.”

But he said the family statement also creates confusion about the meaning of “comfort care,” by suggesting that it entails stopping medical treatment. On Twitter palliative care experts vigorously refuted that mischaracterization.

“Comfort care” usually refers to palliative care, which focuses on managing patients’ symptoms to keep them comfortable and retain their dignity, Warraich said.  “One of the common myths about palliative care is that they are being denied medical help,” Warraich said. For heart failure patients, he said, “comfort care” usually means opting not to use a breathing machine or CPR. But patients do continue to receive medical treatment, including morphine to ease shortness of breath, and diuretics to remove excess fluid from their lungs, he said.

Heart failure patients, he said, often receive “escalating medical treatments until days before the end of life.” Their transition to comfort care can be abrupt, “like falling off a cliff,” he said.

“By bringing this into the sphere of discussion,” Warraich said, “we can start thinking about comfort and palliation long before they are in the clutches of death.”