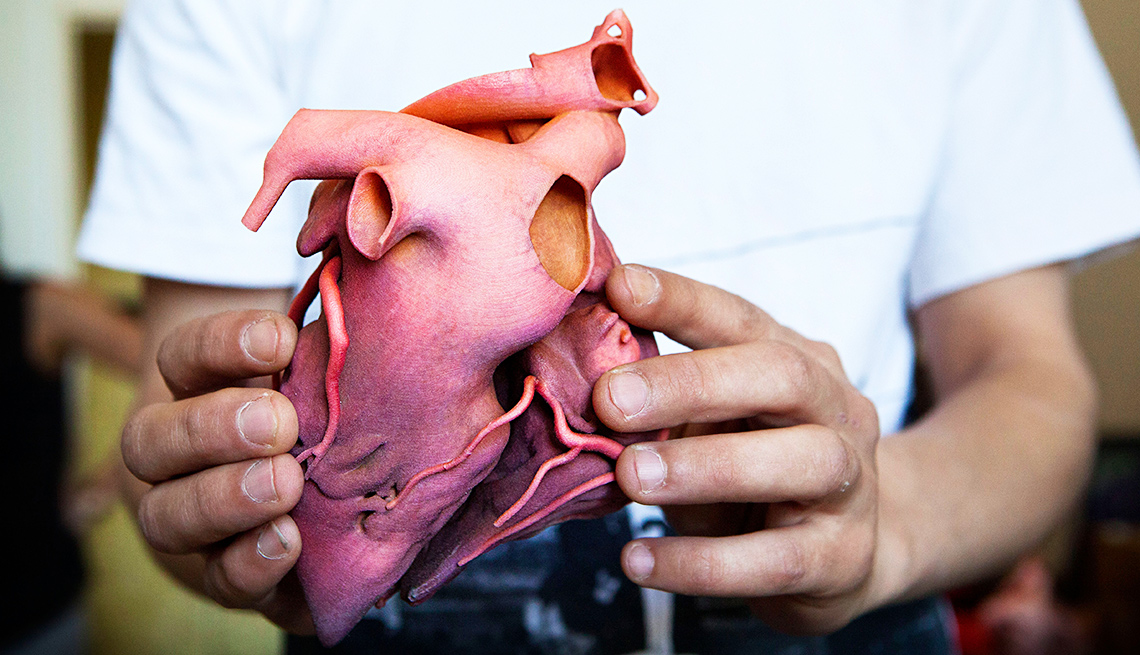 Surgeons and engineers are working together to make heart valve replacement surgery safer for older patients by creating personalized 3D-printed models of their aortas. The valve replacement can then be tested in a heart simulator that pumps imitation blood through them, so that potential problems can be spotted in advance.

At Ohio State University Wexner Medical Center, where the personalized 3D models are being used, doctors can try different replacement valves on the simulator to get an idea of how well they would perform after being implanted in a person’s body.

“Every patient has their own unique diseased valve,” Lakshmi Dasi, an associate professor of biomedical engineering and surgery at Ohio State's Davis Heart and Lung Research Institute, said in a telephone interview. “The question is, how do you pick the best replacement valve for that patient?”

Dasi said that older patients with aortic stenosis — a narrowing of the valve opening that makes it more difficult to pump blood — have two surgical options. In addition to open-heart surgery to replace a diseased valve, there’s also a minimally invasive procedure called transcatheter aortic valve implantation, which involves slipping a collapsible replacement valve into the body and placing it on top of a defective natural valve. TAVI is less stressful and has a quicker recovery time, but also can have complications, such as blood clots.

By using data from CT scans to create a realistic working model of the diseased aorta, doctors can see what sort of replacement might work best in a particular patient.

While heart simulators and 3D models of aortas aren’t completely new, Dasi said that the Wexner team has taken the technology to another level by using flexible, transparent materials that allow for better analysis.