Heart Surgeons Push to Expand Use of Cutting-Edge Procedures

Leading cardiac surgeons say they should be more widely adopted 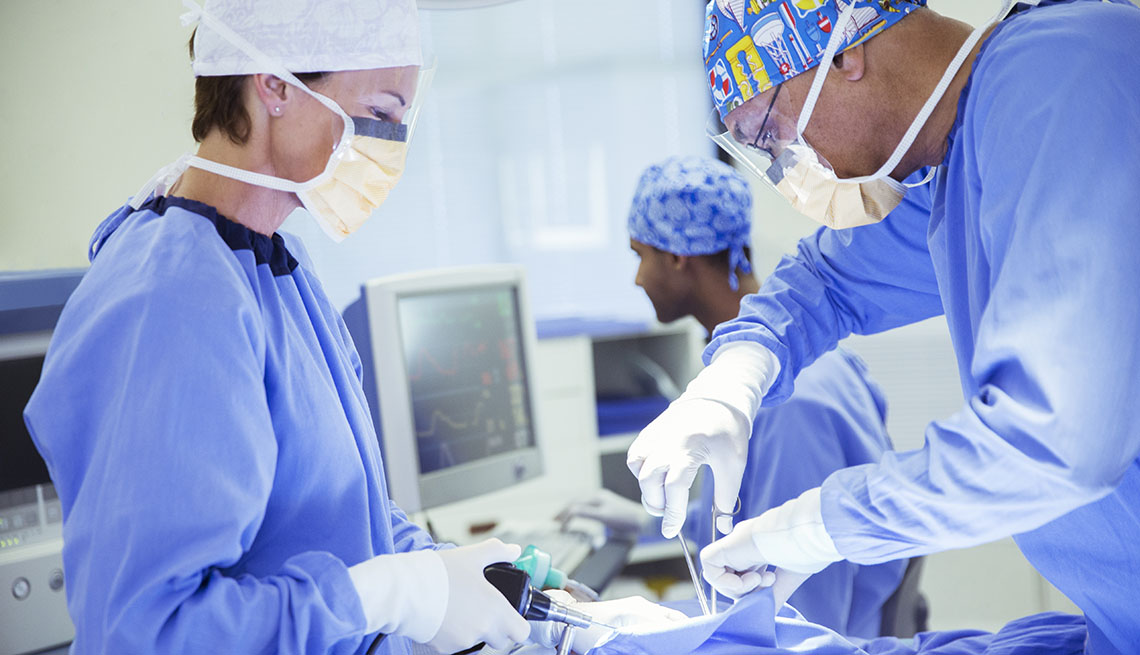 You know to choose the best possible surgeon should you need something like a pacemaker or stent inserted into your chest. But what about recommending that your doctor use the most cutting-edge procedure?

Doing so could save your life, argued the late heart researcher Gerald Buckberg, in his 2018 book, Solving the Mysteries of Heart Disease: Life-Saving Answers Ignored by the Medical Establishment.

Buckberg, a distinguished professor of cardiac surgery at UCLA's David Geffen School of Medicine, died shortly after the title's release, but other cardiovascular surgeons have joined his call for hospitals to make certain advanced techniques standard practice.

They say surgical practices that could save lives and enhance quality of life are not being offered to patients, even while heart disease remains the leading cause of death for both men and women, killing about 610,000 Americans each year, according to the Centers of Disease Control and Prevention.

"It's sad and frustrating” to know beneficial procedures could be widely used, but aren't, says Brad Allen, a longtime researcher and heart surgeon in Los Angeles.

One reason for the resistance, surgeons say, is that doctors and hospitals are graded by insurance companies and administrators on how many patients survive 30 days following a procedure.

The pressure to keep that number high has shifted some to focus more on short-term success, laments James Cox, a professor of surgery at the Feinberg School of Medicine at Northwestern University in Chicago. A patient seems fine and goes home, he explains, but there may be long-term damage that doesn't get enough attention.

While other cardiologists are quick to say that more research may be needed on certain techniques, or that patients shouldn't necessarily second-guess their heart surgeons, a group of leading heart surgeons is advocating that specific procedures such as the three below more frequently make it to the table.

Pacemakers deliver electrical impulses to stimulate and maintain a normal heart rhythm and have been implanted in millions of patients, often saving their lives. Yet many of those pacemaker patients don't improve enough to lead a regular life.

Using a different style of pacemaker with wires implanted in a more natural location in the center of the heart, rather than into the bottom or top of one of the chambers, could make a big difference, Allen says. Allen was part of a research team at UCLA that demonstrated the benefits of this approach in the lab, and it has been used around the world in more than 700 patients. Today, a few companies offer pacemakers designed for this location, but the majority of doctors don't use them. Critics say the added complexity of insertion and the higher costs blunt its value.

"In the real world, most pacemakers work fine and take care of the problem,” says Timothy Gardner, an adjunct professor of cardiovascular surgery at the University of Pennsylvania and a past president of the American Heart Association.

But Allen says this more natural placement, known as “direct His-bundle pacing,” or DHBP (named after Swiss-born cardiologist Wilhelm His Jr.), leads to the heart functioning closer to normal, which should yield a better quality of life. “If I ever needed a pacemaker, I would find someone who could put it in the right spot,” Allen says.

Within 20 minutes of a heart attack brought on by a blockage, heart muscles begin to die. That's why current treatment involves getting patients to the cardiac catheterization lab quickly, where clot-busting drugs and an artery-opening balloon are inserted. Yet nearly a third of patients who survive a heart attack go on to develop heart failure within five years, according to Buckberg, because the injured heart muscle is too dysfunctional to pump efficiently.

What might help? A technique developed by Buckberg called controlled reperfusion that aims to salvage the cells around the dead area when they are barely functioning but still alive. A solution of potassium, dextrose, lidocaine, amino acids and other chemicals is delivered to the heart in precise ways at the same time the blockage is opened. “By reperfusion of these ingredients, we nourish and save more heart muscle around the dead middle tissue,” Cox says.

A study of more than 150 patients found that using the procedure dramatically reduced the five-year death rate after a heart attack. Buckberg conceded that adding this method requires cardiologists and surgeons to develop new skills, and it increases costs. But, as he wrote in his book, “markedly superior clinical outcomes could result from this innovative treatment.”

Doctors learn in medical school that the heart is like a mechanical pump, but more specifically, its left ventricle twists in an elliptical direction with every beat, which allows for fuller blood emptying, Allen says. That torque matters, he says, just like it does for a football toss.

Constantine Athanasuleas, professor of cardiothoracic surgery at the University of Alabama at Birmingham, along with colleagues, developed an operation for patients whose left ventricle has lost this natural shape following a heart attack.

Known as surgical ventricular restoration (SVR), it aims to reconfigure the damaged ventricle by positioning a patch inside. Results published in the Journal of the American College of Cardiology in 2004 on a study of 1,200 patients found that the vast majority not only improved their heart function but did not require any hospital readmissions for five years after the procedure. Thousands of other patients were similarly treated around the world.

But other results from a multicenter randomized trial, published in 2009 in the New England Journal of Medicine, failed to show any benefit. Athanasuleas and others blame the trial's design, which allowed surgeons without experience in the method to participate and included patients without any left ventricle dilation to fix.

“The trial was flawed, but the headlines cardiologists took away from it was that the surgery won't help,” Athanasuleas says. He's hopeful the idea that the ventricle should be brought back to its elliptical shape after a heart attack will make a comeback, now that a minimally invasive implant is being studied that could accomplish this goal with lower risks. Other doctors say that more research is needed but that this procedure could be valuable further down the road.