The issue has been a hot potato for nearly two decades. But now a federal task force says its new research confirms its past findings: Women past menopause should not take hormones to try to prevent chronic diseases. 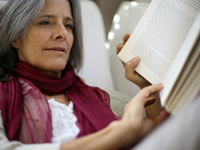 Post-menopausal women should avoid taking hormones, as the risks outweigh the benefits.

Based on the panel's guidelines, many doctors now say only women who are going through menopause should consider taking hormones for relief of hot flashes and other uncomfortable symptoms.

The recommendations, unchanged from 2005 but based on new data, focus on women long past menopause, and experts are quick to distinguish them from women in the throes of menopausal symptoms.

Beginning in the 1980s, Manson explains, hormones routinely were handed out for women to take indefinitely, first to alleviate the hot flashes, night sweats and other symptoms of menopause, and then to guard against heart disease, dementia and osteoporosis, among other conditions.

The Women's Health Initiative was launched in 1992 to test the then-prevalent notion that HRT helped older women stay healthy. But in 2002 it was halted early, when data showed that estrogen-plus-progestin replacement therapy was actually increasing women's risk of breast cancer, stroke and heart disease.

Suddenly, hormones were no longer recommended for anyone. But now, says Manson, "the pendulum is in an intermediate spot," as experts have come to realize that there is a difference between taking hormones short-term to alleviate symptoms versus taking them indefinitely to ward off disease.

So how long should women stay on hormones?

"That's where the art of medicine comes in to individualize treatment," says Margery Gass, M.D., executive director of the North American Menopause Society and a gynecologist at the Cleveland Clinic.

The therapies — estrogen alone or a combination of estrogen plus progestin — do offer some benefit to bone health. Also, taking just estrogen slightly lowers a woman's risk for breast cancer. Thus, a doctor treating a woman with an increased risk of osteoporosis, for instance, might recommend that she stay on hormone treatment longer than a second patient with a family history of breast cancer.

Regardless, all women should eventually stop taking hormones, Gass says. The best way to protect bone health from the beginning is to maintain a healthy lifestyle that includes weight-bearing exercises and adequate intake of calcium and vitamin D.

Jennifer Anderson is a health and science writer.

Also of interest: Build stronger bones with these recipes.