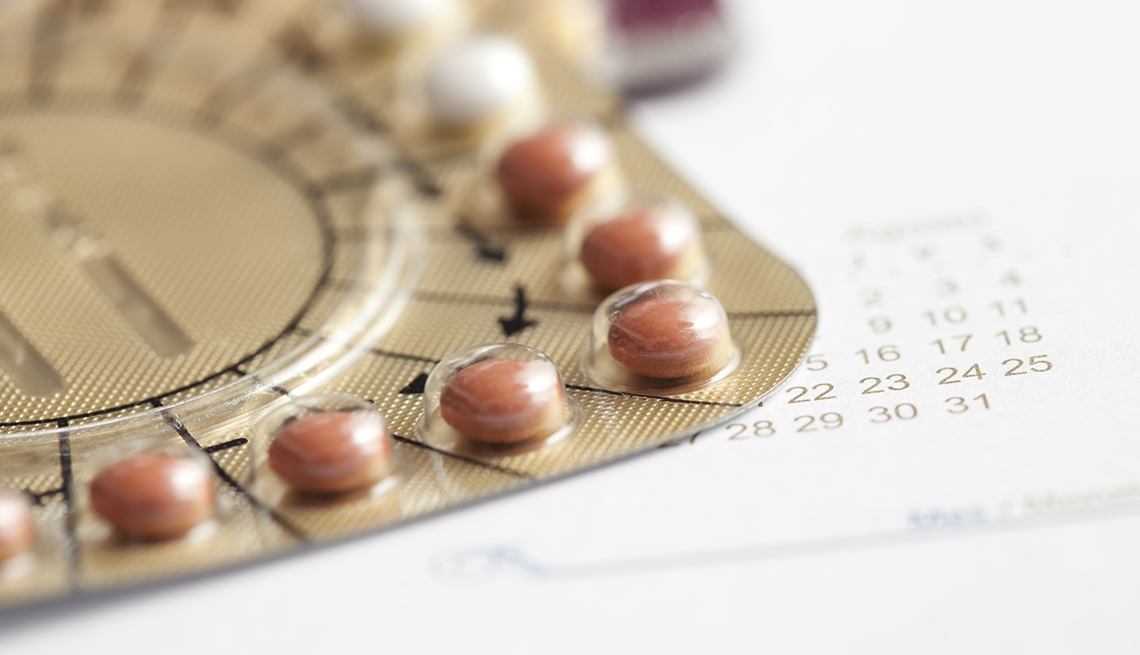 First defined only in 1821 by a French physician, menopause had historically been treated with everything from opium to acupuncture. Then, in 1942, Wyeth Pharmaceuticals introduced an estrogen pill called Premarin, whose name was derived from its primary ingredient: pregnant-mare urine.

Premarin sales soared until the 1970s, when it was linked to an increased risk of endometrial cancer. When, however, it was combined with a second hormone, progestin, estrogen treatment was deemed to be safe and effective. Backed by a 1984 National Institutes of Health assertion that estrogen was the most effective means to prevent bone loss, the hormone again became the drug of choice to help ease hot flashes, night sweats and a host of other menopausal symptoms.

By the 1990s the American Heart Association, the American College of Physicians, and the American College of Obstetricians and Gynecologists all agreed that estrogen was an effective shield against both osteoporosis and heart disease in older women. In 1992, Premarin became the best-selling drug in the country, and it maintained its popularity through the end of the century, with about a third of those prescriptions written for women who were well past menopause.

As estrogen therapy grew in popularity, further studies seemed to confirm its safety and efficacy, and HRT reigned as the gold standard for menopause management — until July 2002. That’s when a bombshell hit the medical establishment. Initial results from the Women’s Health Initiative (WHI) — a study of some 17,000 postmenopausal women between ages 50 and 79 — revealed that a certain combination and dosage of estrogen and progestin was riskier to women’s health than anyone had understood. On this particular regimen, significantly more women were dying of heart attack, stroke, blood clots, and breast and ovarian cancer. This was a complete turnaround from what doctors had believed for more than a half-century.

Suddenly, “women were scared and confused,” says JoAnn Manson, chief of the Division of Preventive Medicine at Brigham and Women's Hospital in Boston. In addition to her thriving practice in internal medicine, Manson was a WHI investigator and was as surprised as everyone else by the study’s results. “Like every other clinician in this country, I was inundated with calls and visits from patients.” Almost overnight, some 80 percent of American women who had been using hormones stopped cold turkey. Sales of Prempro, the estrogen-and-progestin combination used in the trial, plummeted. Once touted as a treatment that helped maintain or restore youthful exuberance to a woman’s body, mind and sex drive, HRT was now considered deadly.

But according to Manson, a few years after the initial WHI results were announced, investigators began to realize that those early interpretations had been wrong, at least partially. Yes, women 60 and older who started hormones more than a decade into their menopause had a higher incidence of death and disease. That’s in part because many women who are over 60 already suffer from the very conditions that HRT might preempt. But this is not necessarily true for women under 60 or for women who entered menopause less than 10 years before beginning treatment.

In fact, an 18-year follow-up look at the WHI study, published last year in JAMA, reported that women ages 50 to 59 who took HRT had a lower mortality rate than was found among those in the control group, who were not taking hormones. Across the board, the HRT participants in their 50s were less likely to die of heart disease, cancer or any other cause than were those in the no-HRT control group.

Over the past several years, a series of studies have also revealed that abruptly halting HRT, especially for younger users, can be harmful to women’s health. Researchers from the University of Southern California looked at women 60 and older who had been prescribed HRT prior to the release of the WHI study. They found that those who stopped taking HRT after the study came out had a 55 percent higher risk of hip fracture than those who continued treatment. Another study, from Yale, extrapolates that more than 91,000 women ages 50 to 59 who had hysterectomies and were not prescribed estrogen died prematurely from cardiovascular disease between 2002 and 2012.

Ongoing research seems to confirm that, when properly applied for an appropriate period of time (as determined by a patient’s personal medical history), hormone replacement therapy can have wide-ranging benefits. A Queen Mary University of London study, published in March, indicates that postmenopausal women on HRT for an average of eight years had better cardiac health and improved blood flow through their heart chambers than did those not receiving the therapy. “Once people get an idea in their minds that something is not good, it’s very difficult to change,” even with evidence, says Philip M. Sarrel, professor emeritus of obstetrics, gynecology and reproductive services, and of psychiatry, at the Yale School of Medicine.

The new window for HRT — and its limits

The current thinking of many experts is that HRT should be used primarily as a short-term solution for symptoms of menopause — and, furthermore, only when necessary. And based on the evidence of a link between breast or ovarian cancer and HRT in some forms of usage, doctors in most cases will look for alternatives if a patient has a family history of either of those cancers.

“Estrogen is the best treatment for symptoms,” says epidemiologist Deborah Grady, interim director of the Clinical and Translational Science Institute at the University of California, San Francisco, School of Medicine. But going back to the pre-2002 days, when estrogen was given as a matter of course to aging women, would be a mistake, she adds.

At the time of the WHI trials, Grady notes, “women were being put on estrogen for prevention of heart disease and fracture, and left on treatment for life. I believe that when vasomotor symptoms [such as hot flashes] resolve, HRT should be stopped.” She recommends that women who use HRT discontinue treatment each year, under the supervision of a doctor, to see if their symptoms can be managed without the medicine.

Many professional medical societies, such as the American Heart Association, agree that the blanket use of estrogen is a mistake. In December 2017 the U.S. Preventive Services Task Force recommended against hormone replacement for the prevention of chronic disease in menopausal women. “We found that, overall, in the balance of benefits and harms, this has more harm than benefit,” says David Grossman, a Seattle pediatrician who chairs the task force. “We want to make clear to the public and to primary care clinicians that the long-term use of these drugs is harmful.”

Even Manson, who advocates hormone use when appropriate, warns of its risks in older women if they are not evaluated thoroughly for safety. And despite studies that show that HRT, when started early, has been helpful in staving off chronic disease, Manson reiterates that “it should not be used for the exclusive purpose of trying to prevent heart disease, cognitive decline and other chronic diseases of aging.” But despite those caveats, Manson asserts that there is an array of treatment options available for women who would otherwise benefit if it weren’t for the general lack of education around HRT in the medical community. “There is a whole generation of women not getting answers about the benefits and risks of different treatments,” she says.

Take, for example, products such as Estring or Vagifem, localized estrogen treatments for urogenital atrophy, which can cause a dry, itchy vagina, painful sex, and incontinence. Although these specific medications were not tested in the WHI and are formulaically much different from the estrogen used in the trial, they continue to carry physician warning labels that cite the increased risk of heart disease, stroke and cancer that was originally associated with that study. “It really does a disservice to have that on there,” says Carolyn Wilson, a gynecologist at the Midlife Health Center at the University of Virginia.

“People think, it’s gonna cause heart attack, stroke, blood clots, breast cancer, and they don’t take it,” says Wilson, who in November testified before the Food and Drug Administration to lobby for new labeling for localized estrogen. And while just 25 percent of women with vaginal atrophy get treated for it, taking topical estrogen could in fact bring multiple health benefits: When researchers reviewed the records of nearly 46,000 women in the WHI who did not take oral estrogen, they found that those who instead used vaginal estrogen experienced a 61 percent lower risk of heart disease and a 60 percent reduction in hip fractures than did those who used nothing.

Menopause treatments that work for you

Oral estrogen has been the standard since the 1950s, but doctors have a number of other options to offer: 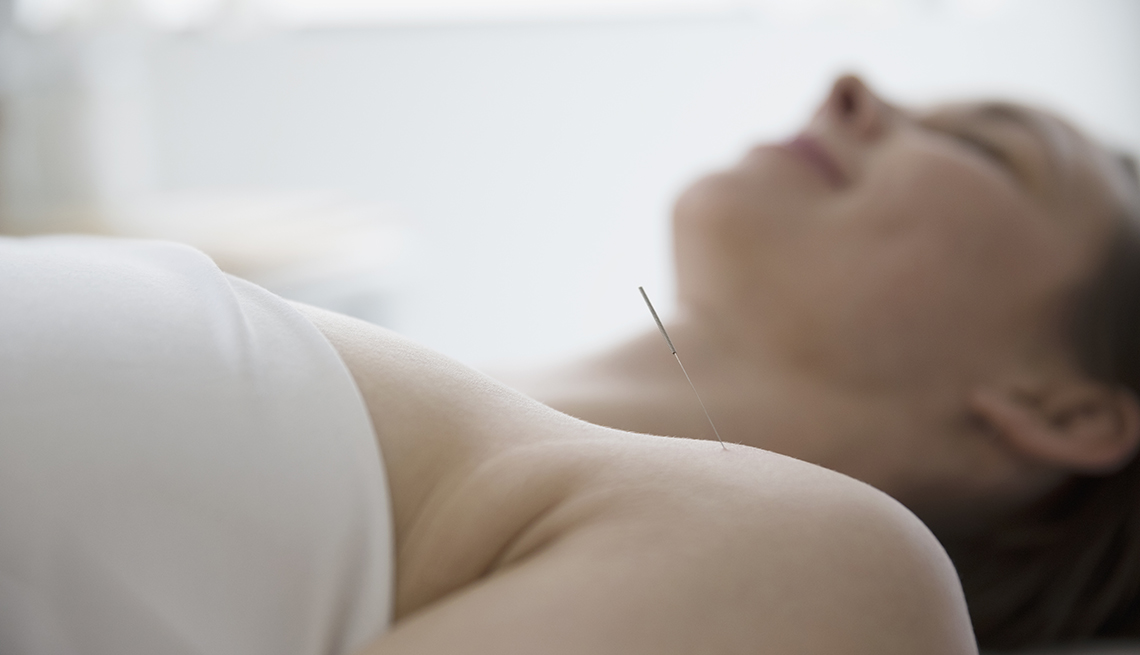