5 Ways to Keep Your Brain Healthy During the Pandemic 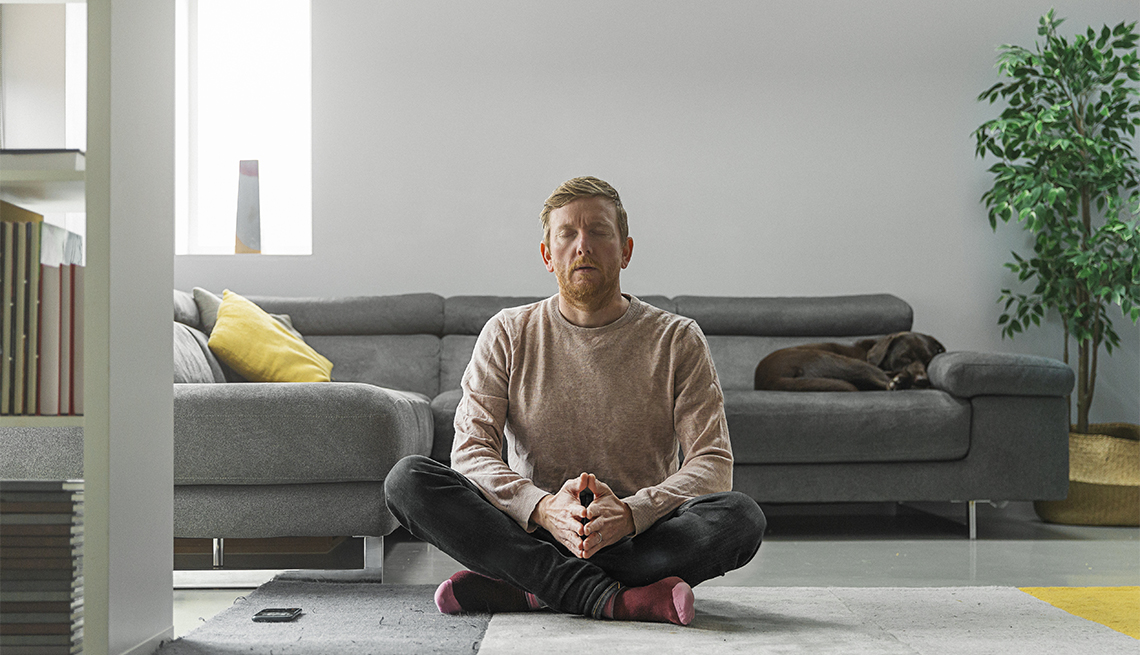 Is your brain feeling ... foggy? You're not just imagining it. “Keeping busy with regular activities and spending time with others are both key to brain health and lowering your risk of dementia — and they're also things most of us are lacking right now,” says psychiatrist Gary Small, director of the UCLA Longevity Center. The good news is there is plenty you can do during this pandemic to keep your brain neurons firing. Here are five things to try.

Exercise won't just keep your heart healthy and your weight down as you face lots of time inside — it helps your brain stay in shape, too. “We know that regular aerobic exercise boosts blood flow to your brain, and also increases the size of your hippocampus, the part of your brain that's involved in verbal memory and learning,” explains geriatrician Zaldy Tan, medical director of the UCLA Alzheimer's and Dementia Care Program. His own study, among others, helped uncover the link: “When we performed MRI scans of over 2,000 people over age 60, we found that the more active they were, the bigger their hippocampus,” he says. “Even better, the protective effects were highest in those over age 75, which suggests that it's never too late to start."

You don't need much exercise to see benefits. Walking or cycling just three times a week appears to improve thinking skills after six months in formerly sedentary people over age 55, according to a recent study published in the medical journal Neurology. A heart-healthy diet adds even more benefits: People who followed the DASH (dietary approaches to stop hypertension) diet, an eating plan rich in fruits, veggies, whole grains, lean protein and low-fat dairy, fared even better.

Besides getting in a regular walk (or two) during the day, limit sitting as much as possible to preserve your brain health. Adults ages 45 to 75 who sit for anywhere from three to seven hours each day have a substantial thinning of their medial temporal lobe, which is where the brain forms new memories, according to a 2018 study. “This is one of the types of changes that precede dementia,” says study coauthor Small.

And don't forget resistance training, if you can squeeze it in, Small adds. A 2019 study found that lab rats who “weight trained” (meaning they were trained to climb a 3-foot-high ladder with dumbbells attached) three times a week performed much better on memory tests after five weeks than a control group. “It seems to help reduce some of the brain inflammation associated with dementia,” Small says.

Stress itself is toxic to brain cells. “It kills them off and shrinks both the prefrontal cortex and the hippocampus, both areas of the brain responsible for memory and learning,” says psychiatrist Majid Fotuhi, an affiliate staff member at the Johns Hopkins University School of Medicine. A review of studies published in April 2018, which followed almost 30,000 people for at least 10 years, found that people who reported “clinically significant anxiety” were more likely to develop dementia later in life.

Practicing mindfulness techniques such as meditation or yoga may help fend off anxiety's toll on the brain. One UCLA study found that people over age 55 who enrolled in a 12-week program consisting of an hour of a type of meditative yoga once a week as well as 20 minutes of at-home meditation had significant improvements in both verbal memory (the ability to remember word lists) and visual-spatial memory (the ability to find and remember locations). Fotuhi says meditation and yoga “appear to enhance production of brain-derived neurotrophic factor, a protein that stimulates connections between your brain neurons.”

Even if Downward-Facing Dog isn't your thing, you can reap similar benefits by just adding deep breathing exercises into your daily routine five to 10 minutes a day, Fotuhi says.

It may be tempting to pop a Xanax or ask your physician for a prescription of sleep meds during these stressful times. But try to avoid doing so if you can, says Small. People who take a benzodiazepine — drugs such as diazepam (Valium), lorazepam (Ativan) or alprazolam (Xanax) — regularly are about 50 percent more likely to develop Alzheimer's, according to a review published in the Journal of Clinical Neurology last year.

Another recent study published in the Journal of the American Geriatric Society found a link between long-term use of the sleeping pill zolpidem (Ambien) and Alzheimer's. The same holds true for over-the-counter sleep aids such as diphenhydramine or doxylamine (Unisom). These medications, found in the “PM” versions of Tylenol, Aleve and Advil as well as allergy meds such as Zyrtec and Benadryl, are anticholinergics, a type of drug that has been linked to lower cognitive ability and possibly even dementia in elderly adults, according to a study published in JAMA Neurology.

Sleep itself is important for brain health, because it gives your body a chance to clean out all the waste, such as beta-amyloid plaques that raise risk of developing dementia, Small says. But rather than relying on meds, you're better off practicing good sleep habits such as cutting out all caffeine after lunch, staying away from electronic devices for a couple of hours before bed, and maintaining regular sleep and wake times every day.

Stay connected as much as possible

Social isolation is a major risk factor for dementia, says Small. If you normally enjoy activities such as a book club or game night, try to arrange them virtually. “My wife and I play the card game hearts online with our friends a couple times a week,” Small says. Or use the Zoom conferencing platform to create a virtual party where you can hang out with close family and friends. One landmark University of Michigan study found that just 10 minutes of talking to another person can help boost memory and cognitive performance.

You can also try connecting a little more deeply on social media; if you normally just click “Like” on friends’ Facebook posts, for example, Fotuhi suggests actually commenting on them. “When you write something, chances are they will reply, and it's a way to have a virtual conversation with them,” he says.

If possible, volunteer — whether it's making cloth masks for a homeless shelter, or making weekly phone calls for your house of worship to check in on the homebound. Seniors who do so have lower rates of dementia, according to a 2017 study. “It kills two birds with one stone, because it forces you to engage with others while doing something at the same time that works your brain,” Tan says.

Use the internet strategically

While it can be a great tool in helping you stay connected, “our natural tendency is to go online and surf incessantly, which doesn't accomplish anything except to fill up idle time,” Tan says. Instead, he recommends making a list of things you've always been curious about — learning Japanese, playing guitar, visiting New Zealand — and focusing your browsing on that. Smithsonian magazine, for example, allows you to explore Frank Lloyd Wright's architecture, participate in a virtual wine tasting and venture through various museums without ever leaving your house. Limit your time on news websites, Tan adds, which can be anxiety-producing.

If you feel like you don't even have the bandwidth for new online experiences, no worries. Even seemingly little things like reading the paper every day or playing Monopoly with your partner or kids instead of watching TV can reap real benefits. A Chinese study of more than 15,000 people over age 65 published in JAMA Psychiatry in 2018 found that those who regularly participated in intellectual activities such as reading books or newspapers, or playing board games, card games or mah-jongg, had significantly lower risk of dementia. “Do anything you can do that's not passive, but forces you to think critically and interact with others, “ Tan says.

Stress, Social Isolation From the Coronavirus May Raise Suicide Risk

Know the warning signs, and follow these steps to protect your emotional well-being

Teletherapy During the Pandemic