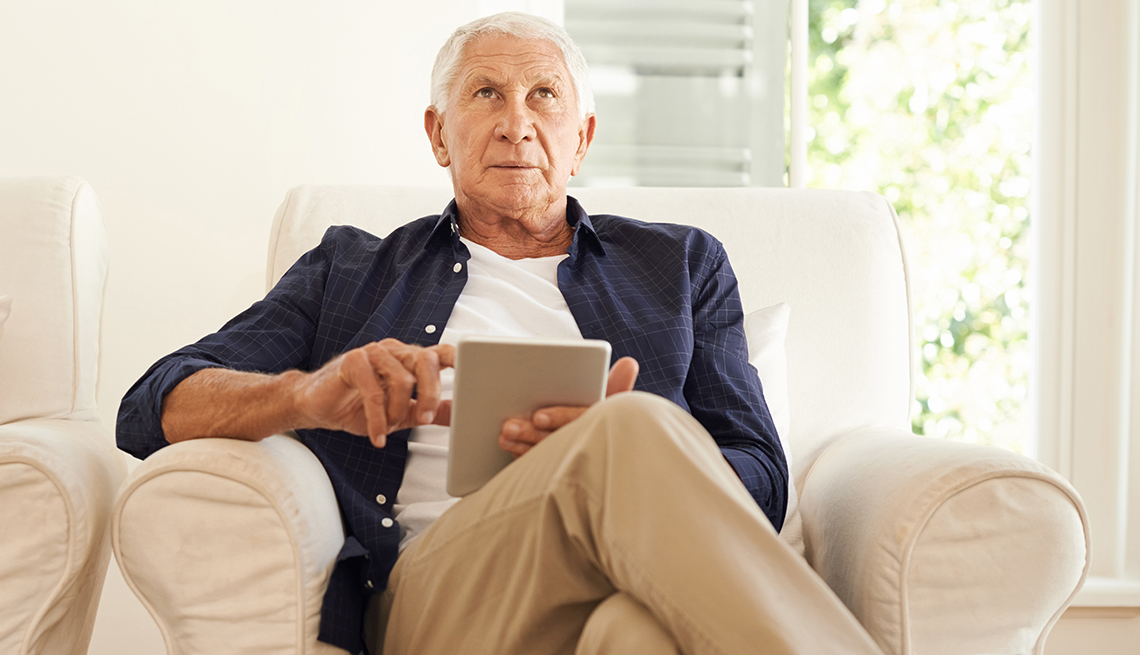 En español | Suspect your memory isn't what it used to be? You could be right. But the reasons for your cognitive slump might not be the ones you worry about.

“Slow cognitive decline is expected as we get older,” says Joel Salinas, a neurologist at the Massachusetts General Hospital Department of Neurology Henry and Allison McCance Center for Brain Health. What's not considered a normal or expected part of aging, he says, is dementia — a disease signaled by “more rapid decline in cognitive abilities.”

Many older adults worry about big causes, such as Alzheimer's, without realizing that, “in fact, many cognitive issues signal more general health problems such as thyroid issues, dehydration or lifestyle issues that can be reversed,” Salinas notes.

Low thyroid functioning, he says, can be experienced as ongoing fatigue and slowed thinking. Too much alcohol can impair memory, and dehydration — often simply not drinking enough water throughout the day — causes too little blood flow to the brain.

Getting at the bottom of what's affecting your ability to reason, remember or articulate your thoughts is important. To that end, Donna de Levante Raphael, director of the Alzheimer's Foundation of America National Memory Screening Program, says a memory screening, covered by Medicare, should be part of your annual wellness visit. You might find out that your cognitive issues are caused by one of the below factors — and can often be reversed.

As we age, we tend to add a variety of medications to our daily intake — along with risks of adverse health effects from both individual drugs and the overall mix. One of the most common Rx side effects: cognitive impairment.

Tatyana Gurvich, an assistant professor of clinical pharmacy at the University of Southern California School of Pharmacy, says that when older adults mention memory problems, the first thing she does is look at the medications they're taking. Some over-the-counter medications such as diphenhydramine (Benadryl), which can create confusion, can be purchased under brand names consumers don't recognize or hidden in combination products like Advil PM. Medications for overactive bladder or incontinence and those for depression or sleep can, in various combinations, also cause cognitive impairment. Combining any with opioids can make an older adult more confused. “Unfortunately, older adults often take a cocktail of medicines — both over-the-counter and prescription — that can cause major changes in cognition,” says Gurvich, who encourages older adults to talk to their doctor or pharmacist about all the drugs they're taking before making any changes.

Numerous studies show that exercise protects memory and thinking skills. One from the University of British Columbia found that regular aerobic exercise such as running or brisk walking boosts the size of the hippocampus, which stimulates the release of chemicals in the brain that affect the health and supply of brain cells. There's a negative effect, too, for those who aren't active: “Not walking or doing other aerobic exercise on a regular basis can cause brain shrinkage and lead to an increase of white matter changes or small injuries to the parts of brain cells that connect with other brain cells,” says Mary Ellen Quiceno, a neurologist and researcher in Dallas.

In good news, the positive effects of exercise on the brain appear to be immediate. A University of Maryland study of brain health in older adults shows that just one session of exercise increases activation in the brain circuits associated with memory. In people diagnosed with mild cognitive impairment as well as in cognitively healthy older adults, verbal fluency and measures of brain function improve after just 12 weeks of exercise, says J. Carson Smith, associate professor of kinesiology at Maryland's School of Public Health. “Being physically active helps protect the brain from cognitive decline and atrophy. Those who are at increased risk through their genetics and don't exercise tend to have the most problems,” he says, adding that everyone should walk or do other moderately intensive exercise for 30 minutes at least four days a week.

"Too much sleep or too little high-quality sleep can cause a problem with memory, reasoning and particularly executive function,” Salinas says. As he explains it, during deeper stages of sleep, the hippocampus, the area of the brain responsible for the formation and retrieval of memories, transfers newly made memories to the prefrontal cortex, a brain area responsible for long-term storage. Without enough shut-eye, this process is disrupted — with sometimes noticeable results.

A University of California Berkeley study found that older people who sleep poorly experience memory loss and brain disorientation. Researchers at Michigan State University's Sleep and Learning Lab recently found that sleep deprivation doubles your odds of being unable to complete a series of steps without losing your place and triples the number of lapses in attention. “Our findings debunk a common theory suggesting that attention is the only cognitive function affected by sleep deprivation,” says Michelle Stepan, one of the study's researchers.

If you're feeling mentally fuzzy, depression or anxiety could be playing a major role. Depression, which the National Institute on Aging says is common in older adults, who tend to be more isolated, can also mimic the signs of memory loss. “When you're depressed, the serotonin levels in your brain decrease and this can affect attention, processing speed and memory consolidation, causing a ‘pseudodementia’ of depression,” says neurologist Richard Isaacson, director of the Alzheimer's Prevention Clinic at Weill Cornell Medicine and New York-Presbyterian Hospital.

Research shows that depression and anxiety can also alter our brain physically. A study from Brigham Young University, for instance, shows that subjects with anxiety and depression showed less brain cell growth in key in areas compared with those not dealing with such mood disorders.