A Clean Mind Is Good for Your Health 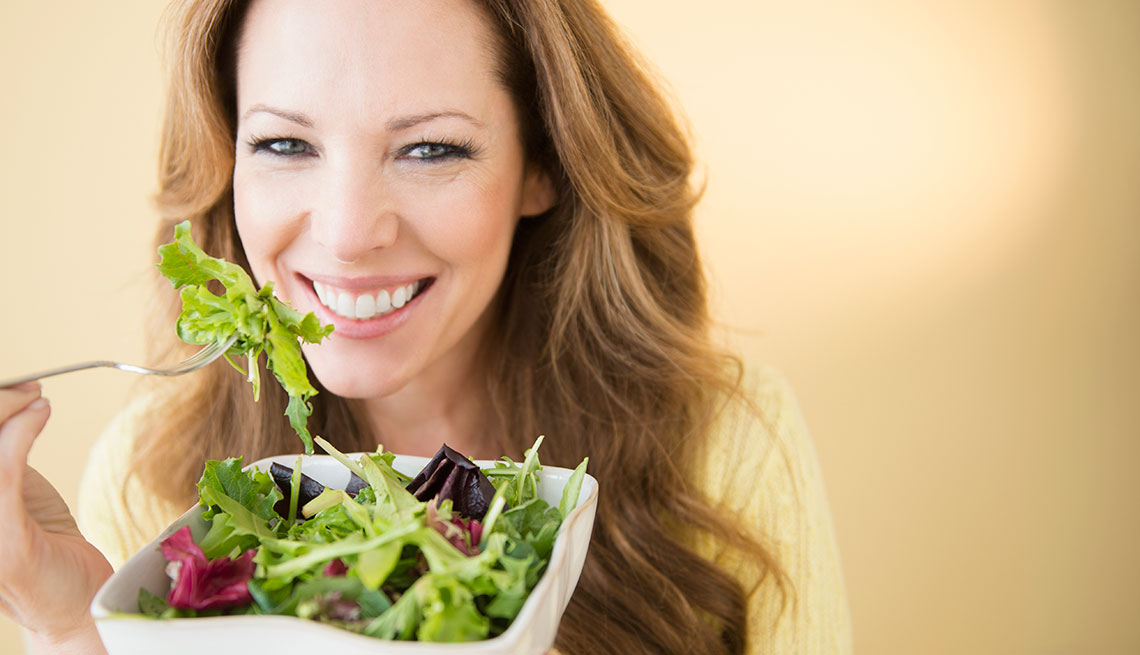 Eating a diet rich in vegetables, healthy fats and antioxidants should have a positive impact on brain cleaning.
Getty Images
By:
Selene Yeager
AARP
November 29, 2017

Your brain is your busiest organ, consuming as much as 25 percent of your overall energy. And as is the case with anything that converts fuel into energy, it produces waste. No matter how pure your thoughts, you’ve probably developed a pretty dirty mind by the end of each day.

So how does your brain — locked away from the body’s sanitation lymphatic system — get rid of all that waste? The answer, as scientists discovered only recently, is a complex process that may also help us better understand and potentially prevent degenerative diseases like Alzheimer’s. The more waste lying around in the brain, it appears, the greater the chances for those diseases to take root.

The intricacies of that cleansing process — called the glymphatic system — are still emerging. Just this past May, for example, a group of researchers published their discovery of a new type of brain scavenger cell in zebra fish, which share many of the same cell types as humans. “The research is ongoing, but we know that some scavenger cells are important for brain health and seem to become impaired with age,” says Jeffrey Iliff of Oregon Health & Science University in Portland, who is part of the team pioneering this research. Iliff’s research focuses on why the brain’s cleaning systems diminish with age and, ultimately, on how to prevent that decline. He and other neuroscientists say there are steps you can take that may help maintain a clean brain bill of health.

Start with the basics. Studies have indicated that maintaining your blood pressure, getting regular exercise and eating a diet rich in vegetables, healthy fats and antioxidants all should have a positive impact on brain cleaning. But perhaps the most important piece of advice is to prioritize sleep. 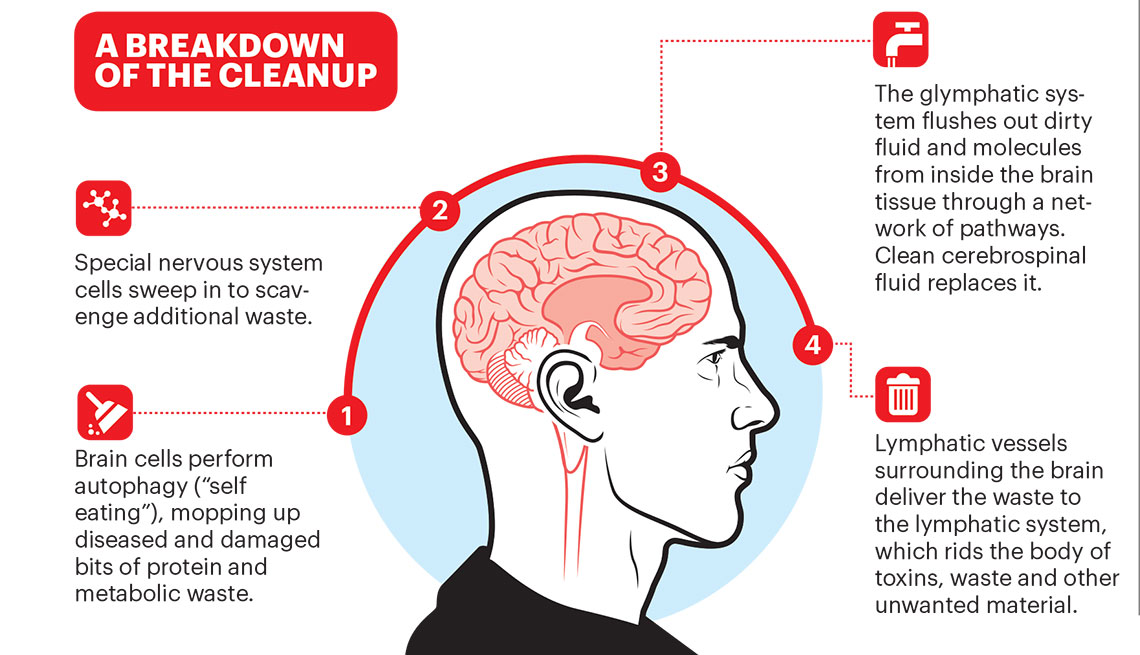 Like most cleaning crews, your glymphatic system sweeps waste after hours, when the activity of the day is done. Your glial cells (which surround and support brain neurons) control the glymphatic flow by shrinking when you sleep, explains Brian R. Christie, a neuroscience professor at the University of Victoria in British Columbia. “The space between your cells increases by up to 60 percent. This expansion allows more fluid to be pumped through and drives the clearance of waste from the brain,” he says.

Older adults often struggle to get enough sleep, says neurologist and sleep specialist W. Christopher Winter, M.D., author of The Sleep Solution. “Keeping a sleep schedule is important, especially as you get older.” He notes that irregular sleep hours and long naps during the day “can wreak havoc on healthy sleep cycles.”

If you’re comfortable on your side, curl up that way when you hit the hay. Animal studies have shown that your brain does a better job of cleaning house in the fetal sleep position than on your back or stomach. “The left side appears to be even better for maximizing circulation through your body, because most of your venous return travels up the right side, and those veins can compress when you lie on them,” Winter says. “But don’t lose sleep over it if you’re not a left-side — or side — sleeper, if you’re getting good sleep!”