En español | Pear-shaped women who pack on the pounds as they age may have more memory problems than apple-shaped women with fat bellies.

A new study from Northwestern University’s medical school found that it’s not just how much weight you gain but where it ends up that can affect brain function as women age.

A study of 8,745 women ages 65 to 79 found that those who carried their weight around their hips had tested lower on memory, reasoning and other mental skills than women with big midsections. “Obesity is bad, but its effects are worse depending on where the fat is located,” says lead author Diana Kerwin, M.D., an assistant professor of medicine at Northwestern’s Feinberg School of Medicine.

For every one point over the woman’s normal body mass index, or BMI (a measure of body fat based on height and weight), researchers found a corresponding one point difference in the woman’s cognitive test scores compared to women with lower BMI measures. For example, a woman who was 5-foot-5 and weighed 180 pounds with a BMI of 30—five points higher than normal—scored about five points lower on the mental tests than those with lower BMIs. (Calculate your BMI here.)

The study, published this week in the Journal of the American Geriatric Society, adds to growing research that links aging America’s expanding girth to a shrinking brain.

A study in May by the Boston University School of Medicine found a link between big bellies and decreasing brain volume in older adults. Smaller brains have been linked to a higher risk of dementia. A 2008 study of more than 6,500 people by the Kaiser Permanente Division of Research found that those who had big bellies in their 40s were much more likely to get Alzheimer’s and other forms of dementia in their 70s.

The results of the Northwestern study were surprising because it was the women with hip fat, not abdominal fat, who had a greater decline in brain function, says Kerwin.

For many years, doctors have warned that apple-shaped women with protruding bellies had a higher risk of developing diabetes, heart disease, breast cancer and other conditions. That’s because belly fat produces more hormones. Unlike thigh fat, which builds up just below the skin, belly fat is deposited deep into the abdomen, encasing the internal organs, and producing hormones that can cause a variety of problems, including insulin resistance and increased estrogen levels.

For this reason, says Kerwin, “I assumed apples would do worse [in the study] because they had more risk of high blood pressure, stroke and diabetes and that would have an effect on brain function. But I didn’t see that.”

Fat cells produce cytokines, a hormone that can cause inflammation and likely affect cognition, Kerwin says. “We need to find out if one kind of fat is more detrimental than the other, and how it affects brain function,” she says. 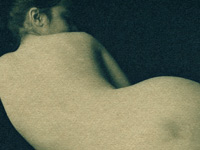 Kerwin cautions, however, against over-simplifying the study as “apples versus pears” and ignoring the more important message that “heavier women are at a greater risk of losing brain function.”

But some experts caution against even drawing a causal link between midlife weight gain and dementia in later years.

Barbara Corkey with Boston University’s Obesity Research Center says much of the recent research is “correlational”—meaning it shows that two things are related, but not that one is necessarily causing the other.

“It could be that decreased brain function causes a change in body weight” and not the other way around, she says. It’s even possible that a third, still-unknown factor is affecting both outcomes. “Either way, it deserves to be tested,” she adds.

Molly Wagster of the National Institute of Aging also agrees that this is a complicated subject. She noted that the Baltimore Longitudinal Study of Aging this year found that obesity “is most strongly associated with declines in memory,” but scores on other tests, such as visual-spatial function, were improved.

“Maybe obesity affects the brain in selective ways. It’s not entirely clear,” she says. But while we wait for more definitive research to be done, one piece of advice is still clear, she says. “We need to be vigilant about not putting on weight in midlife.”