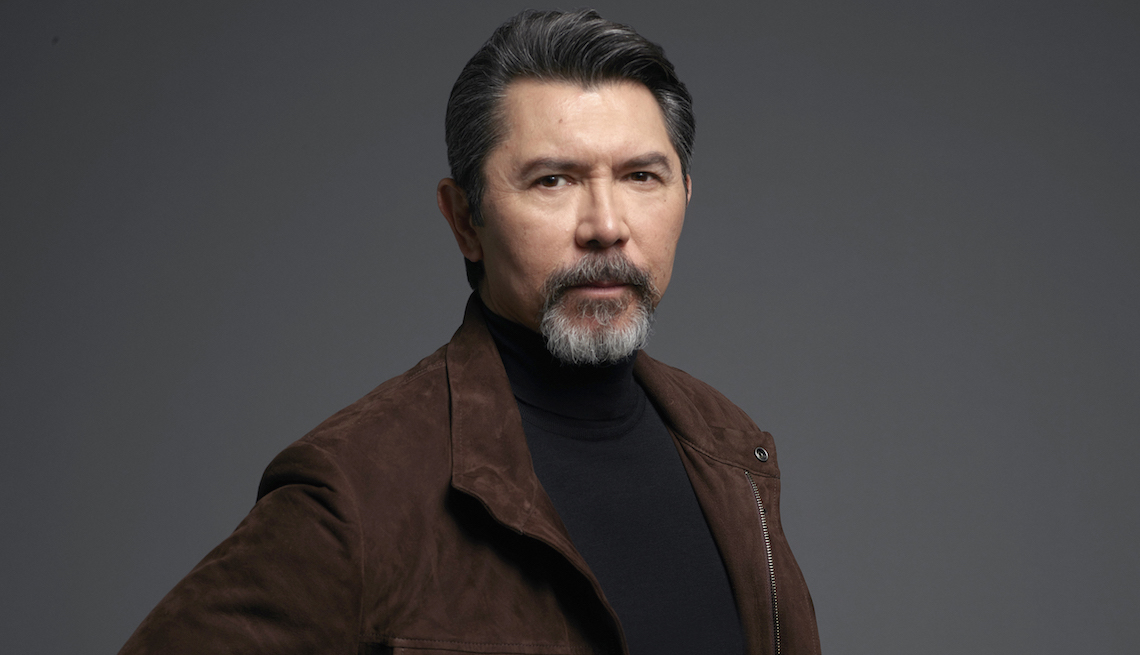 A nominee for the Emmy, Golden Globe and Tony award for best actor (musical) for The King and I, Lou Diamond Phillips tells AARP about his tips on aging, cooking wizardry and new show, Prodigal Son.

What's so great about ‘Prodigal Son'

It's not your down-the-middle procedural — it's edgier, a little darker, and has a very wicked sense of humor. It's like nothing else you're seeing on network television right now.

Use aging to your advantage

Once you wrap your brain around playing your age, it's a very, very positive thing. Take my character, Gil, on Prodigal Son. A beat cop from the beginning, he has vast knowledge and mileage on him. There's a very paternal aspect to Gil, and that is something I don't have to act because that's who I am.

My mother had seven sisters plus a brother. So it was no big surprise to me to have four girls, twin 21-year-olds, a 19-year-old and an 11-year-old. They are just absolute perfection to me.

I'm really proud of Courage Under Fire — I worked with Matt Damon, then he goes to make Saving Private Ryan. Hosting the Military Channel's An Officer and a Movie [on which officers critique films about battles they fought in], I got to be a cheerleader, holding the spotlight on real American heroes. Being the son of a military man, it was great to be able to not only debunk what is Hollywood myth but to actually elevate what they got right.

My first job was cook's assistant on the Corpus Christi naval base. My first brush with fame was as breakfast cook at a Padre Island surf shop. I cooked a Denver omelette for Willie Nelson. [After winning the Food Network's Celebrity Cook-Off], I guest-hosted an episode of Beat Bobby Flay. My wife bakes more than I do. I handle the savory, she handles the dessert.

Be fit, not fat

I really have to be aware of diet. I try to get into the gym at least three times a week. [At 57] I'm running twice as fast to stay in the same place. In my 20s and 30s, I didn't have to do cardio at all because metabolism did it. I was just about muscle mass. Now cardio is at least half my workout.

When I did La Bamba and Stand and Deliver, I marched with Cesar Chavez and fasted with him. Whatever I have directed, I've flipped roles to be more inclusive of ethnic, female and LBGQ performers. This is a flag I've waved from the beginning. I got into the door and kept my foot in it so others could come in behind me.

How to watch: Prodigal Son is on Fox at 9 p.m. ET Mondays.