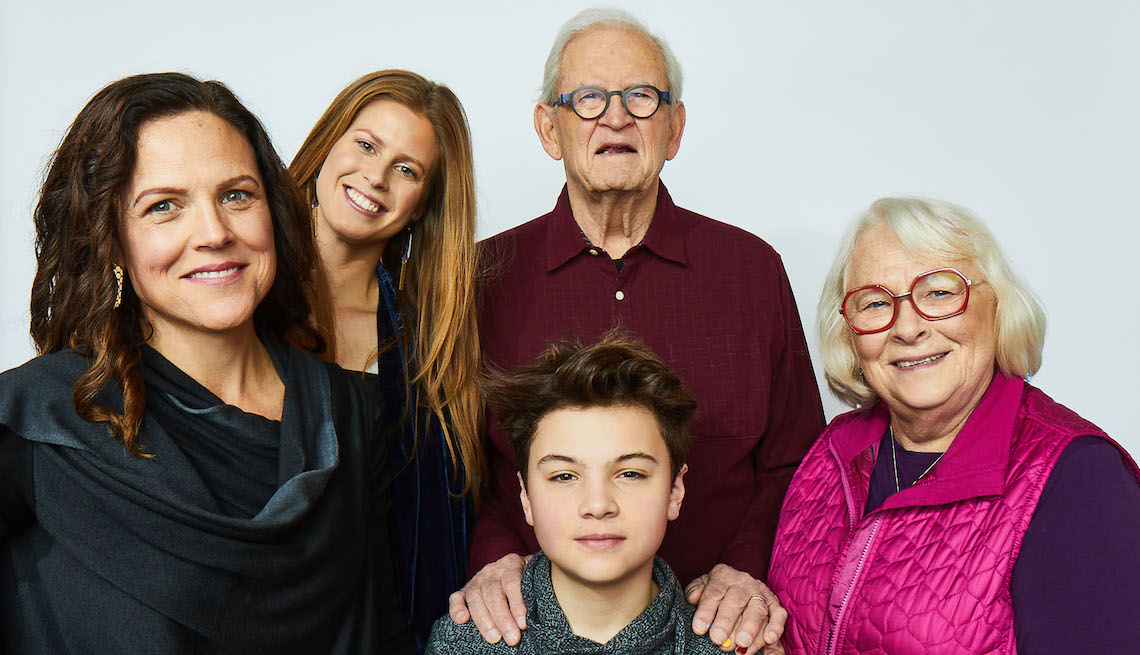 En español | Emmy-winning Oscar nominee Irene Taylor Brodsky, 41, earned a Peabody and the Sundance Audience Award for her 2007 documentary Hear and Now, about her deaf parents’ entry to the hearing world at 65, thanks to cochlear implants. She tells AARP about her 2019 doc Moonlight Sonata: Deafness in Three Movements (HBO, Dec. 11, premieres 9 p.m. ET), concerning her father's struggle with dementia and her deaf son Jonas's cochlear implants — and his triumphant musical ambition.

I did say Hear and Now was my last family film. Apparently, I was lying. But of course, I did not know that I would have a deaf son, born just as that film came out.

Fast forward to 2016. My son is playing piano, he's quite good, and out of the blue he says he wants to learn the “Moonlight Sonata.” Beethoven was going deaf when he wrote this piece. There was an incredible cosmic irony: this deaf boy of mine was learning a piece by the most famous deaf person. My longtime HBO mentor Sheila Nevins immediately told me, “We've got to make this film."

"If you told my dad 50 years ago that there would be this tool that would allow him to hear, but if he didn't want to hear he could just turn it off, he wouldn't have believed it."

300 years of hearing loss — and gains

We had Beethoven in the 1800s going deaf; my father and mother being deaf in the 1900s; and now here's my son in the 21st century. The film is a great narrative vehicle to talk about family, music and the value of deafness in creativity.

Deafness is not as isolating for Jonas as it was for Beethoven or my parents. Now there are so many laws and tools and technology that Jonas just lives in a completely different universe.

The evolution of deafness

In the film my father, at 80, says: “My grandson is not deaf the way I understand deaf.” This idea of “deaf” is a construct. What it meant in Beethoven's era was something tremendously humiliating, equated with stupidity. I don't think my father grew up thinking his deafness was humiliating, I think he just thought of it as isolating and debilitating. Now Jonas, in eighth grade, is coming of age into his deafness and understanding, “Hey, I am deaf, and I can turn my implant off and experience the world differently.” If you told my dad 50 years ago that there would be this tool that would allow him to hear, but if he didn't want to hear he could just turn it off, he wouldn't have believed it. We're going to learn a lot from this first generation growing up with cochlear implants. We're already learning a ton with older people with cochlear implants.

Find out about new dementia research breakthroughs, memory care, caregiver resources, and health insurance tips, and take control of your brain health as you age (and take a Staying Sharp Brain Health Assessment) on the AARP Dementia page

Cochlear implants in young and old

My parents got them in their sixties. Their brain is wired for silence — but never underestimate the power of effort. My parents really wanted to hear, to differentiate between a bird flying overhead and waves crashing. It's hard for an older deaf person. As we get older, the brain develops its own personality, of relating to the world. Jonas’ audiologist told me, ‘Give him an implant while young, the brain will do the rest.'

Life as a caregiver

Growing up, I didn't think of myself as a caregiver. That wasn't a word in my parlance, but I was managing other people in how they could talk with my parents. In a public conversation my parents would try to lip read. If they couldn't follow the person, their eyes would quickly shift to me and I would translate what they were saying. I was the youngest of three kids and when I went away to college in the late ‘80s my parents were really on their own.

It's not that my father's experience is worse than other people suffering from Alzheimer's. But deafness complicates it because he's been so isolated his whole life. He doesn't get as much data from a conversation; he doesn't overhear the daily banter of life. Even with his implant he cannot translate sound very effectively. He's losing the ability to use signs to express a word more quickly than he's losing spoken language. He first learned English, then American Sign Language. So the ASL is a more recent memory, and the English language is a deeper memory.

Isolation is the enemy

The biggest challenge facing deaf seniors is isolation, which can impact anyone with dementia. But for deaf people it's especially acute because they're already isolated through language barriers. I would love for this film to get people in public health and families who have deaf adults to really think about the specific challenges of people with hearing loss as they age. They stop going out, they stop socializing because it's just too difficult. The more you isolate yourself, that precipitates the dementia even further. Millions have hearing loss as they age and it leads to all sorts of complications, like depression and faster-progressing dementia because they don't have as much input. There are ways we can support these people: on a family level, on a public health level, in care facilities.

Right now we are keeping my father at home as long as we can. It's going to be harder and harder for him to lip read as his vision and attention diminish. His two caregivers are both deaf and that is wonderful for him. One is a nurse, one is just a fantastic man who retired early and has lots of free time. The caregiver my father spends the most time with is also the son of someone whose father has Alzheimer's, so he knows what to look for, how to manage his acute sessions of anxiety. We are so grateful to him.

His teachers think he's cool. More and more of his peer group realize that he really does have this superpower: the ability to turn his implant on and off, and beam his iPhone or iPad audio directly into his brain through Bluetooth. He can turn off the microphone and send the signal from an iPad or an iPhone for music and movies on Netflix, or playing Minecraft. It bypasses the sound field and goes directly to his brain, to his cochlear implant.