En español | Cultural pride or left-wing indoctrination? That question is at the heart of Precious Knowledge, a documentary about a controversial Mexican American studies program taught in Tucson, Arizona's, K-12 public schools. The program has been challenged in the courts and continues to spur heated debate.

The film, which debuts May 17 on PBS (watch preview below), points out that in the past, many of the state's Chicano students were relegated to vocational classes and that as many as 50 percent dropped out before graduating from high school. But the Chicano consciousness-raising that began in the 1960s and '70s eventually helped lead to the creation of a Mexican American/Raza Studies program in 1998. The result, according to the documentary, was encouraging: Those taking these classes, which were open to all students, showed significant improvement on standardized tests, and 93 percent of the participants graduated.

But the program had — and has — its critics. They are many and powerful. Naysayers claimed Raza Studies was divisive, not inclusive — that it was spreading revolutionary doctrine, was run from Mexico, and that by focusing on one ethnic group, was racist and un-American. "What kinds of cultural seeds are we planting here?" asked then-State Sen. John Huppenthal (now Arizona's superintendent of public instruction). At the time, ironically, he was the only critic to actually visit one of the classes.

The upshot of all the controversy was that, after several aborted attempts, a law banning ethnic studies classes in Arizona went into effect at the end of 2010. "Public school pupils should be taught to treat and value each other as individuals and not be taught to resent or hate other races or classes of people," states the law, which also bans courses "designed primarily for pupils of a particular ethnic group." 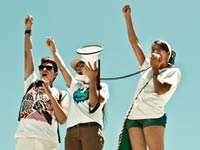 A 2010 teacher-filed lawsuit to allow the program to continue was shot down, but this year, a federal judge ruled that Tucson students who claim that their First Amendment rights were violated by the legislation, can sue the school district.

Director Ari Luis Palos' film covers all the bases in this debate, interviewing students, teachers and state officials opposed to the program. That Precious Knowledge takes the side of the Raza Studies program is no surprise. It portrays the program's foes as ranging from out-and-out racists babbling conspiracy theories about La Reconquista (the alleged revolutionary movement to take back the U.S. Southwest and return it to Mexico), to sincere but misguided politicians with a white establishment perspective who view issues of race and ethnicity through some sort of rose-colored lens.

The ethnic studies program's proponents also have issues, but the film doesn't address them. There's definitely a strong left-wing perspective in the classroom: Paulo Freire's Marxist-oriented book, Pedagogy of the Oppressed — which calls for a new relationship among teacher, student and society — is a cornerstone of Raza Studies. And some of the classroom sequences, with their self-empowerment chants, seem to belong more to a Tony Robbins "Unleash the Power Within" motivational seminar than an educational forum.

Palos' documentary also misses the boat in another aspect: Precious Knowledge does a good job showing how Chicano students feel inspired by the program, but the attitudes of the non-Hispanics who take these classes aren't addressed. Given the strong ethnic orientation of La Raza Studies, this seems like a glaring omission.

Despite these faults, this is a film that, at its best, is a frightening — and sobering — look at America's seemingly endless racial and cultural divide.

You may also like: Interview with first Hispanic Peace Corps director.