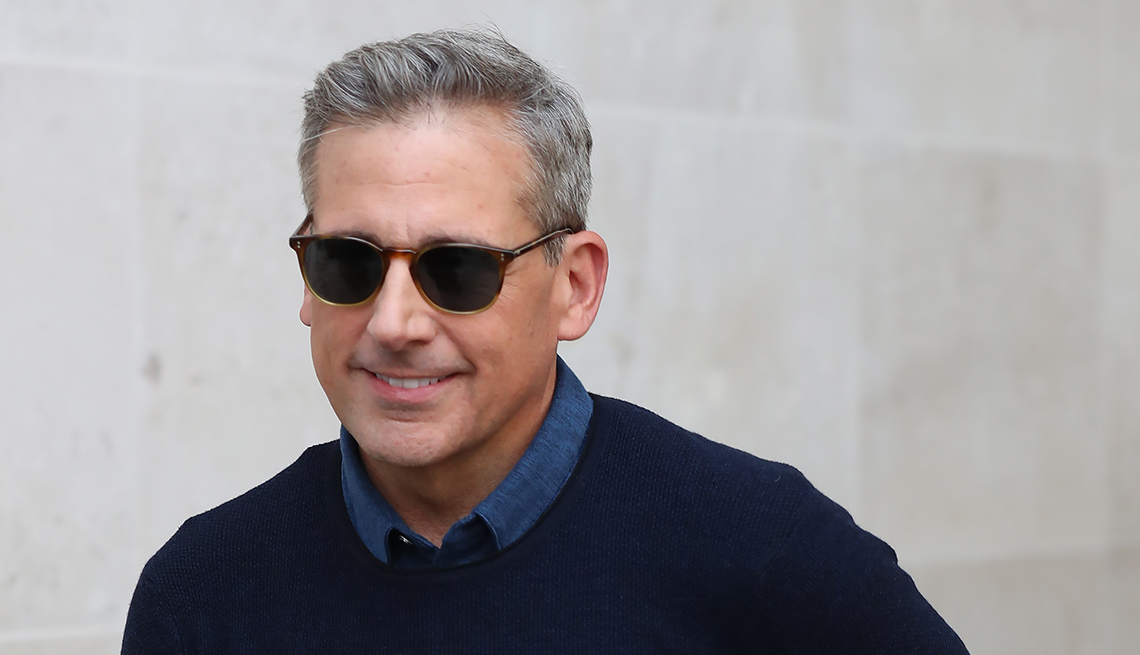 Steve Carell is having a lot of fun as a silver fox.

Actor and comedian Steve Carell has gray hair now, and the internet has responded by going completely insane.

Carell, 54, has been photographed quite a bit lately, as the film Despicable Me 3 (in which he provides the voice-over for two animated characters) is released. In those photos, people can’t help but notice Carell’s grayish — and very, very nicely coiffed — locks.

Twitter fans have proclaimed the hotness. “Someone plz tell me when Steve Carell got grey and turned into George Clooney’s brother,” tweeted @courtneyheier. “Steve Carell got insanely hot and I don’t know how to feel about it,” tweeted @BuzzFeed. And there’s this from @StateOf_ALaska: “Hot Steve Carell is your ex boyfriend who is honestly just doing better without you.”

"Do you go to a club and, like, Anderson Cooper is there? Andy Cohen?" Jimmy Fallon, the host of NBC’s The Tonight Show, asked Carell earlier this week.

"There's a bracelet you can get. Mine says 'Steve,' and on the other side of the bracelet, it says 'hunk of man meat,' ” Carell humorously answered.

The traditional media has responded as well:

“I am so sick of people just looking at me for my physical attributes. It's just genetic. There's nothing I can do,” Carell joked on Entertainment Tonight. Of course, those of us who remember him as Brick Tamland in Anchorman might beg to differ.