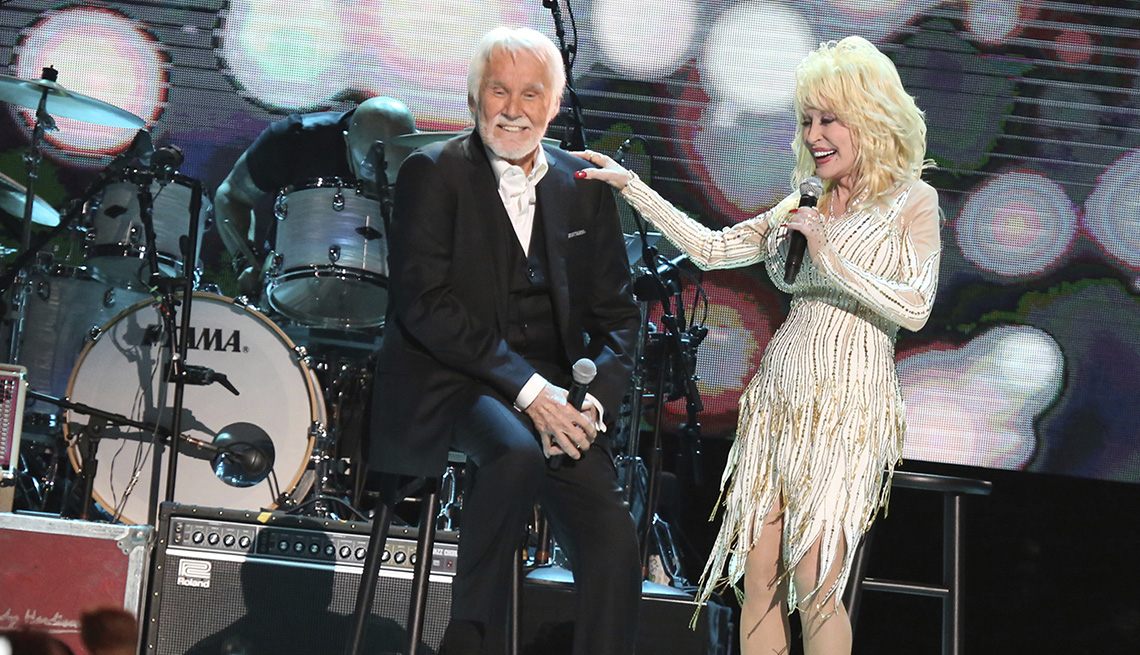 Dolly Parton was among the country music stars who paid tribute to Kenny Rogers in advance of his retirement from performing.

Kenny Rogers still knows when to hold 'em—and when to fold 'em.

To mark his impending retirement, last night at a concert in Nashville a parade of country and pop stars paid tribute to the 79-year-old Rogers. Called “All in for the Gambler: Kenny Rogers’ Farewell Concert Celebration,” it wasn’t his last live performance. Rogers will fold his final hand and cash in his chips for good when his farewell tour wraps at the end of December. But it put an early bow on a singing career that has spanned seven decades and made Rogers a pioneer country-pop crossover star.

The sold-out Bridgestone Arena was the site of the star-studded show, which featured many of the singer’s most famous collaborators, including Dolly Parton and Lionel Ritchie. Rogers — who has battled health issues and can stand only for a few minutes at a time — sang, reminisced about his career and sat at the side of the stage with his wife, Wanda, as he was serenaded by a stream of musicians. They included Chris Stapleton, Naomi and Wynonna Judd, Lady Antebellum and Little Big Town, all of whom claim Rogers among their biggest musical influences.

Rogers, who was inducted into the Country Music Hall of Fame in 2013, didn’t start out intending to be a country star. In his early days, he fronted the psychedelic rock band Kenny Rogers and the Third Edition (his original bandmates joined him onstage last night). But he found his musical groove — and rocketed to music stardom — in Nashville in the mid-1970s when songs like “Lucille,” “Coward of the County” and, of course, “The Gambler” climbed the pop and country charts. The latter hit was ubiquitous, garnering him his nickname and spawning a string of successful TV movies in the 1980s and 1990s that starred Rogers as the titular hero. He also lent his name to the Kenny Rogers Roasters chicken franchise, which became a pop-culture touchstone when it was featured in a 1996 episode of Seinfeld.

At the celebration, his music took center stage. The Oak Ridge Boys sang “Love or Something Like It”; Ritchie flew in from Australia to sing “Lady,” his 1980 chart-topping duet with Rogers; and Stapleton covered “The Gambler.” The concert ended with Rogers and Parton singing their hit “Islands in the Stream” — which 34 years ago reached No. 1 — one last time.

“How about you and me go out like rock stars?” Parton asked Rogers at the end of the duet. Then the two old friends each dropped their microphone and strolled off the stage, arm in arm.