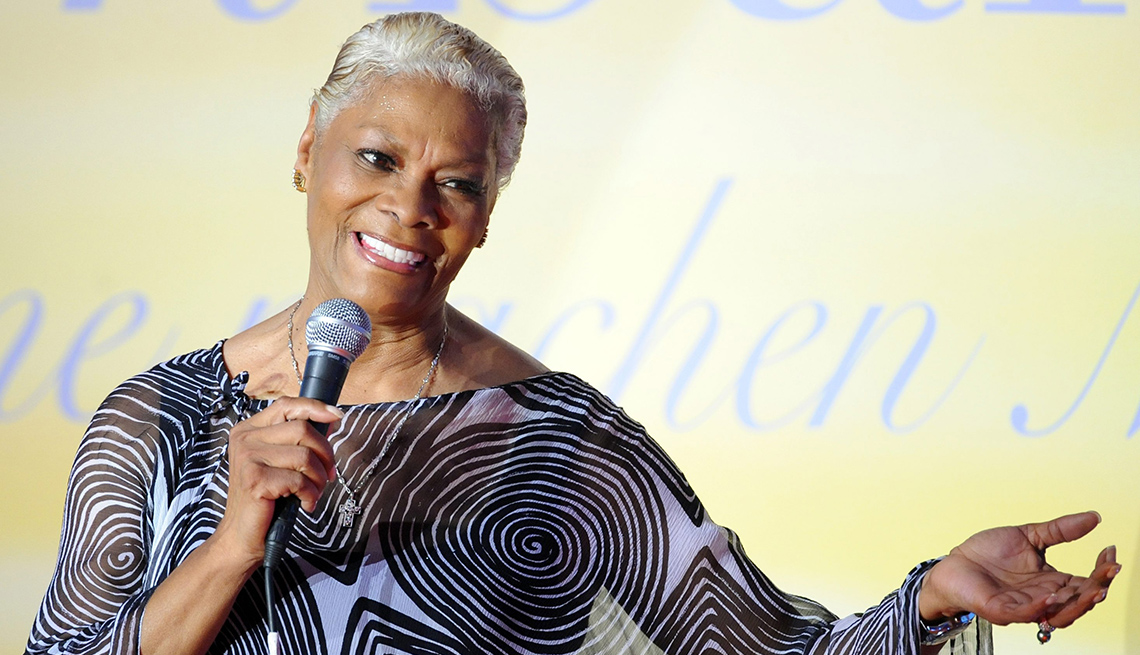 Dionne Warwick pairs up with veterans and newcomers on her new CD, "Feels So Good."

Now, as the 73-year-old voice of our generation prepares to release Feels So Good — her 28th album (and second collection of duets) — on Oct. 28, we decided it's high time to ask Dame Dionne some nagging questions.

Q: Why do we love your songs so much?

A: It's the lyric content, I think, more than anything else. Hal David — God rest and bless him — had a way with words that spoke to you, not at you. They were all heartfelt words, and we were able to relate to them even at tender ages.

Also, his lyrics have this uncanny way of growing with you — as you get older the words may be the same, but the meaning changes a bit.

Q: Your new album, Feels So Good, pairs you with veterans CeeLo Green and Gladys Knight, as well as with newcomers Mya and Ne-Yo. What do you think older artists can learn from younger talent?

A: Basically, to listen. We artists who've been in the industry for more than four years [laughs] tend to think that the younger ones are not really paying attention. But we too have to listen.

Some [duet partners] have surprised me. When you stand in front of that microphone looking at each other, you never know exactly what the other person is going to do. And very often that sparks the younger artist to do something very interesting, like with harmony, that I never would have thought to do.

Q: Your younger son, Damon Elliott, produced Feels So Good, and your older son, David Elliott— also a successful songwriter — sings on it. What's it like to work with your children?

A: Oh, it's incredible. The only difference in having Damon on the other side of that glass is that he calls me "Mommy," instead of "Dionne." [Laughs] And now I have both of them [touring] on the road with me, which is wonderful. 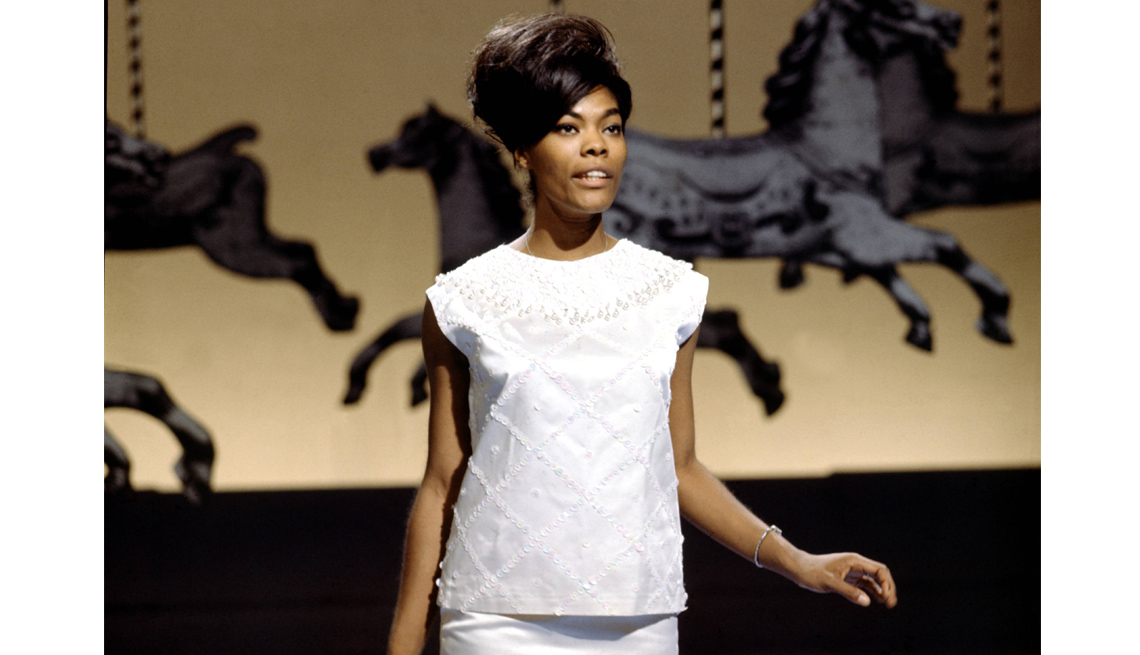 Is there a boomer who didn't grow up to the strains of Dionne Warwick?

Q: Aretha Franklin is the only woman who's charted more singles than you. Did you see her as competition?

A: To be second only to the queen is no problem with me. We've known each other since we were teenagers, and we are very dear friends. We met at church in Newark. Her father, C.L. Franklin, was preaching that afternoon, and Aretha sang a song called "Never Grow Old" before he spoke. When she opened her mouth I said, "My God, where'd that voice come from?" [Laughs] I was very impressed with her.

Q: Whom did you admire most when you were coming up?

A: Well, I was very fortunate because so many icons took me under their wing. I grew up around Sarah Vaughan. She went to school with my mommy, so she was Aunt Sass.

And Ella Fitzgerald. I first met her in the supermarket in Los Angeles. I followed her throughout the store until she noticed me. She said, "Can I help you, young lady?" I was kind of tongue-tied. But one thing eventually led to another, and she became godmother to Damon.

And, of course, Lena Horne. My dad took me to see her at the Waldorf Astoria on my 16th birthday. Leslie Uggams, Lola Falana, Nancy Wilson and I all became her surrogate daughters.

Sarah, Ella and Lena all sang the same songs, but each one of them felt and sounded and meant different things. They all knew the meaning of words and how to portray them to transmit a feeling.

Q: Any advice for younger women on aging well?

A: Embrace it — everybody has to do it. And count your blessings that you're lucky enough to have had another year.

Q: You're working 150 nights a year. Has getting older changed your craft in any way?

A: I don't move as fast as I used to, and I've lowered the keys to my songs, because the highs that I had at 19 are just not there anymore. But we still get through, and I'm proud to show the gray hair I've earned. It's just a matter of taking each day at a time.

Q: You're busy. You have your own fragrance, a fabric-design line and even e-cards, for which you sing a song for every holiday. What do you do in your downtime?

A: I try to sleep because that's something that is not a part of the MO on the road.

Q: Your aunt Cissy Houston sang backup for Elvis Presley in the '70s. What was it like to meet Elvis?

A: Oh, my God, I almost fainted! He wasn't handsome; he was pretty. And he was so kind. I went to one of his opening shows in Las Vegas, and we sat and talked. Later, he put a photograph of himself in every album of mine that was for sale in Las Vegas. Then he made the announcement, "If you buy Dionne Warwick's album, you'll find a picture of me inside it." I never sold so many albums in Las Vegas — ever! He was absolutely wonderful.

Q: Whitney Houston was your cousin. How did you deal with that terrible loss?

A: My grandfather, who was a minister, taught me at a very early age about people making the transition. He said that they have done exactly what God wanted them to do on earth and it was time for them to take their rest. So that's the way I look at it. Of course, it's more difficult with children or young people who leave long before you feel they should. But we all have to do it.