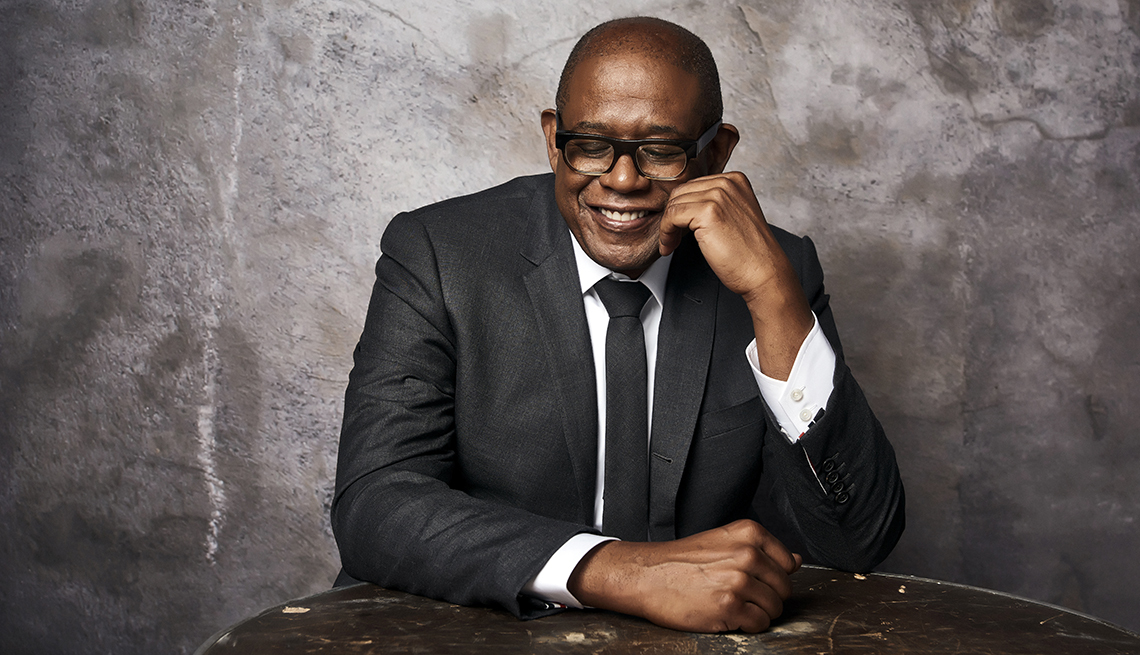 En español | Forest Whitaker started as a football player and opera singer and wound up as an Oscar-winning actor and peace advocate. Looking back, he tells AARP what he knows now.

I'm working class. I was supposed to go to L.A.'s Compton High, but I bused an hour and a half to Palisades. I played football. I got a scholarship to West Point; they flew me out. Impressive place, but I was concerned about losing my identity. So I studied classical voice at USC. An agent saw me in The Beggar's Opera, and I got cast with Sean Penn and Nic Cage in Fast Times at Ridgemont High as the school football hero. But I'd just gotten my weight down! I had to eat and eat to be convincing as a football player again, even though in real life, I was one.

My parents thought a better route would be to become a doctor or lawyer. I had a 3.8 grade point average, why not utilize my talents? When I turned down a soap opera — was it Days of Our Lives? — they didn't understand why. They thought acting was a profession you couldn't necessarily make a living at. A soap would have been security! But I thought I'd perish internally — it just wasn't me. There's nothing wrong with TV — it's a choice, and later I learned it's hard. Criminal Minds [2011] was one of the most difficult experiences of all, learning that girth of material.

My mom always used to tell me, “You don't have to believe in what I believe — but always believe in something.” So when I was young I read a lot of philosophy, and it influenced me. I'm drawn to ancient truths. 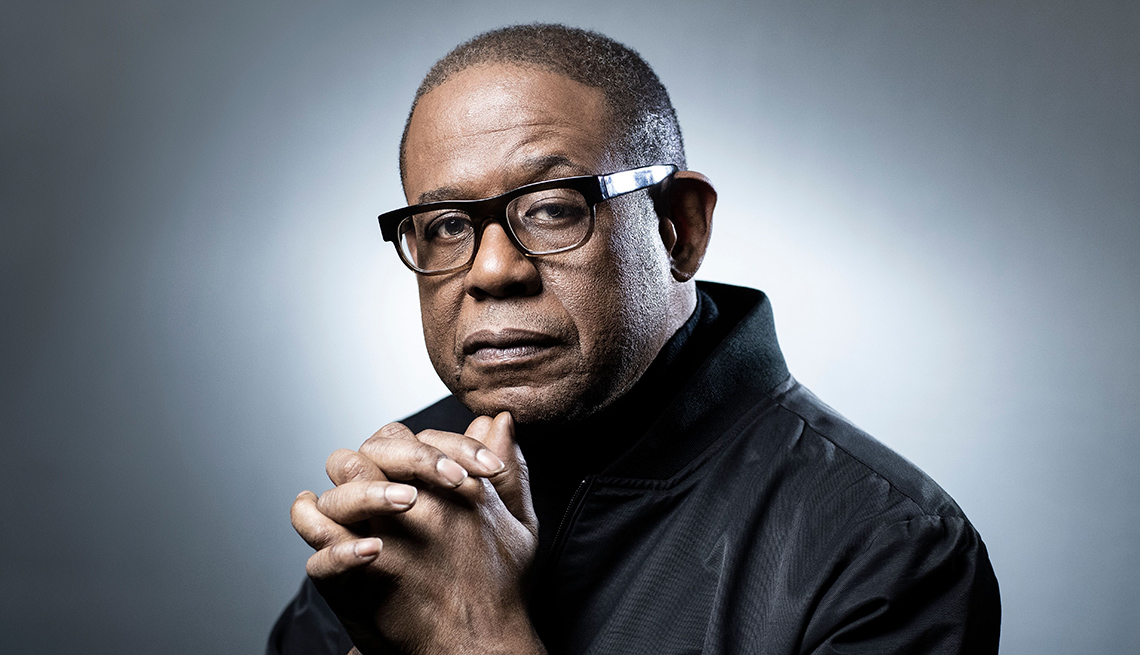 I won't do parts I don't think will help me understand more about humanity. Playing my first lead role, as Charlie Parker [in Bird, 1988], I had to dive in and commit — to learn how to dance on a limb. And if the limb breaks and I break an arm or leg, I'm not going to die, necessarily, but at least there's the intent of doing everything I could. Every character to me is a journey to learn something. It's important that my films have some sociological, deeply psychological message. For the Ghost Dog hit man [1999], philosophy, particularly from China, influenced me, and martial arts — I studied as young as 12. That role taught me how you can communicate a lot through silence.

My parents didn't understand. They still encourage me to continue my education.

I eat really clean, usually vegan without sugar or oils. Then I learn lines while using the treadmill.

I've known Desmond Tutu for years, and played him — I tried to understand his forgiveness for those who supported apartheid. I played Bumpy Johnson, the godfather of Harlem, who worked with Lucky Luciano and Malcolm X. It's exciting how crime interacted with civil rights in the 1960s. I can relate to somebody who has a purpose he's trying to fulfill.

Learning from Idi Amin and the KKK

Playing Idi Amin in The Last King of Scotland [2006] taught me about transformation. I merged myself into the role, spoke Swahili and Kakwa — when I called my kids from Africa, I still had his accent even if I thought I didn't. I met his family. The way I perceive good and evil is complicated. The choices are generated out of the experiences they had. I didn't forgive his actions, but I started to understand his motivations. In Burden [2018], a true story, my minister character meets a KKK character and says what Martin Luther King [Jr.] said: “Hate cannot drive out hate; only love can do that."

Researching Amin in Uganda, I got a more sensory feeling of being African. I went to the source of the Nile, where some of Gandhi's ashes were. A guide took me to a place in the jungle where the first man was supposedly born. Underneath the roots of a tree was a stream that comes out of nowhere, where he said the angels fought between good and evil. Amazing place. When I went to Africa for The Last King of Scotland, part of my job was to understand the culture, which helped me to learn about my ancestry.

The man who taught me a warrior dance for Amin runs a Uganda orphanage school. I met child soldiers — one had to watch his parents being killed. When I saw the look in that kid's eyes, I had to do something. So I'm on committees for reintegration of African child soldiers. I also started the Whitaker Peace & Development Initiative. I ended up becoming a representative at the UN, a special envoy for peace. We've directly influenced about 400,000 people, trained and financed 160 businesses, done conflict resolution. We're in war zones, and five countries: Uganda, South Sudan, South Africa, Mexico and three school districts in California — it started in Carson, where I was raised.

I was one of the first artists in my family; now there's a number of them. Two of my daughters are musicians, and my daughter True looks like she wants to move into acting. She's got aptitude. We'll see what happens.

Back to his first love: music

In the Christmas 2020 musical Jingle Jangle I play an inventor, Jeronicus Jangle, and I sing about four songs. My granddaughter brings me back to life by making me believe again. I had the best time I've ever had in my career.

I still have a bunch of questions. I'm too old to still have questions — I should have decided some of these things by now. What's important? Am I getting better? Sometimes I feel like I've figured it out, how to do my work, and I'll try to apply all the things I just figured out to the next project — and it doesn't work for a whole new role. At some point, I thought it should all coalesce. —As told to Tim Appelo

Forest Whitaker, 58, won an Oscar for The Last King of Scotland and stars in Burden (opening Feb. 28).