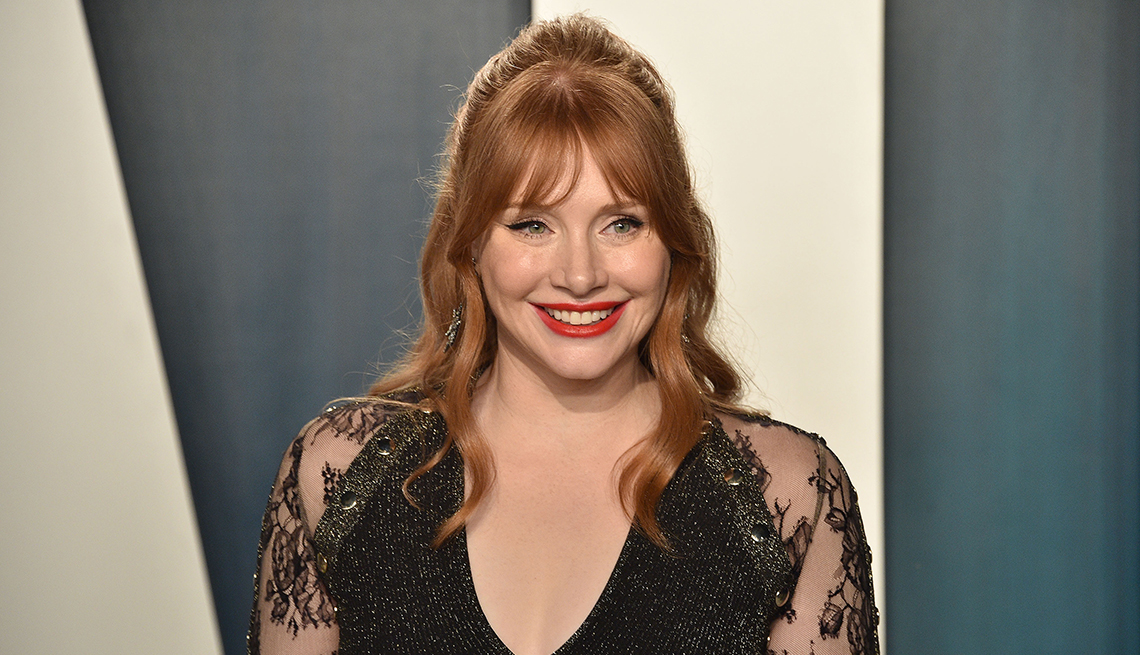 It has been quite a month for Bryce Dallas Howard, 39, daughter of director Ron Howard, 66 (Parenthood). She resumed shooting her latest blockbuster with costar Chris Pratt, Jurassic World: Dominion, after coronavirus shut it down. She graduated from New York University 21 years after her freshman year. The civil rights movie The Help (in which she costarred with Viola Davis, among others) hit No. 1 on Netflix. And most notably (especially with Father's Day nearly here), she unveiled her first feature film as a director, the incredibly heartwarming documentary Dads (Apple TV+, June 19). Here, Howard shares some inside glimpses into her own dad and some other celebrity fathers with AARP.

Interviewing dads ... including her own pretty famous one 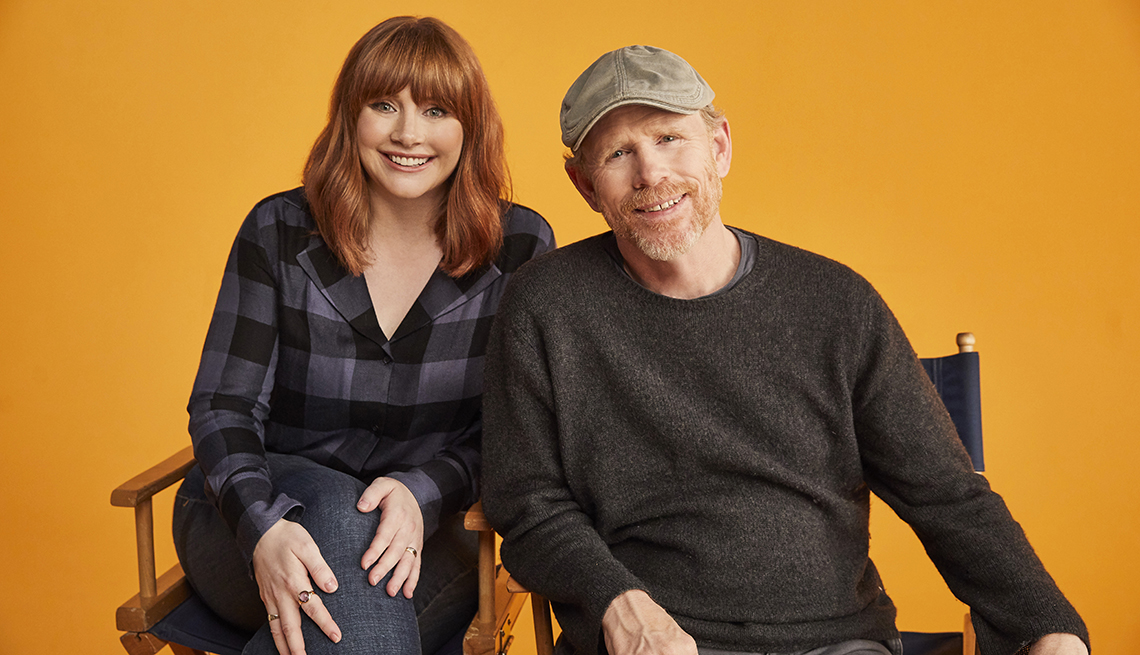 Bryce Dallas Howard and Ron Howard on the set of “Dads."

Though Howard interviews a wide spectrum of famous fathers in the film — including Judd Apatow, Jimmy Fallon, Neil Patrick Harris, Ken Jeong, Jimmy Kimmel, Hasan Minhaj, Conan O'Brien, Patton Oswalt, Will Smith and Kenan Thompson — it gets personal when she interviews her own dad. She even includes his video taken the day he met her. “If you had told me that my first feature as a director would be a documentary called Dads that opens with my birth, I would've said, ‘What? Is she on drugs?’”

She's not, but the film definitely delivers a mood-elevating effect, as the dads confess their innermost fears and feelings, and tell their funniest personal stories. “My dad was very nervous,” she says, “even though he's always been on camera since he was a kid [on The Andy Griffith Show], and behind a camera since I was a kid.”

RELATED: The Best Movies to Watch on Father's Day

The Howard family affair goes beyond her dad, to Howard's brother Reed. “I kept saying, ‘We need to find an expecting father,’ and halfway through shooting, I found out my brother and his wife were pregnant with their first kid.” At her sister-in-law's baby shower, Howard suddenly realized there was no similar rite of passage for dads.

"I was emotionally filming Ashley's baby shower, and we're all screaming, and there's games and there's gifts and champagne. And I asked, ‘Where's Reed?’ and my mom said, ‘Oh, he's in the basement with your father.’ It dawned on me — wow, dads are literally sent to the basement! There's no acknowledgement of the transformation as it's about to occur."

Celebrity dads out of their comfort zones and in their sweatpants

Howard increased the intimacy of her on-camera interviews by not offering her celebrity dads a chair. “I should have warned the guys they were going to be standing for their interviews,” she says now. “Probably thinking that they were going to be sitting down, they were really only dressed from like their torso up. And so you see this very authentic version of the guys in their jeans or sweatpants. It's not that kind of polished fame that you're used to seeing from a celebrity.”

Although it would be unfair to give away all the gems in her documentary, Howard shares a few: “Jimmy Kimmel recounts that the moment he realized that he was a dad was when he was holding up his infant and projectile vomit [went straight into this mouth and] hit his uvula,” she says, laughing. “How was Jimmy supposed to know that love was greater than vomit?"

Conan O'Brien confessed an outsize paternal fear to Howard. “He said when he walked across the threshold with his baby for the first time, there was an eagle like three miles away — and he immediately thought, ‘What if it tries to take her?'"

Will Smith, on the other hand, shared a classic realization: “He described how he'd get a picture-in-a-picture TV with a thousand-page manual, but then he brings home a newborn and realizes that there's this thousand-page manual for TV and there's nothing for a kid.”

A documentary that celebrates and guides

In a way, Dads serves as a parenthood manual, and also an inspiring celebration. “We can tell dads to be there from the start until we're blue in the face,” Howard says, “but if we don't create a culture that supports that emotionally, spiritually, logistically, then it's just not going to be possible."

Her hope, she says, is this: “That dads watch this, or people who aspire to be dads, or have one, and they feel connected again to their own heritage and their own experience. Hopefully this movie can be healing to those who didn't have a father. And it can be celebratory to those who do."

What's your favorite story about fatherhood? Share with us in the comments, below!