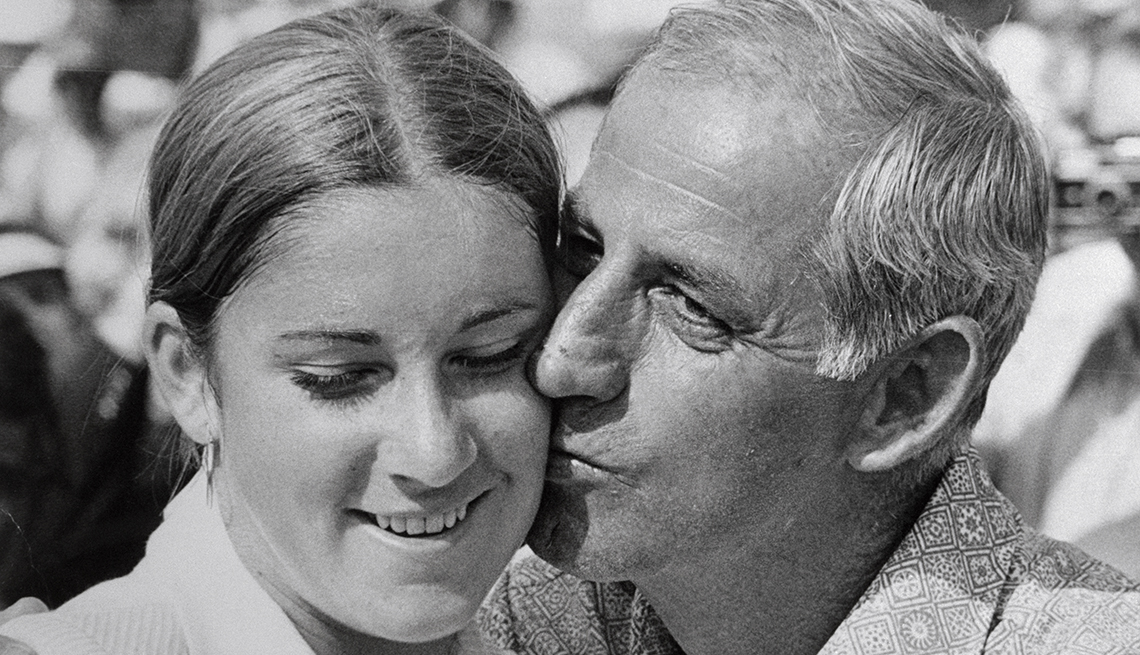 Fathers are towering figures in our lives, whether we follow in their footsteps or blaze our own trail. We carry their names, traits, talents and wisdom. To celebrate Father's Day, we asked seven extraordinary people, “What did you learn from your father?” Their answers are a celebration of Dads everywhere.

I learned humility from my father. I learned by observing him. He never boasted, bragged or thought too highly of himself. He treated everyone equal.

I learned the hard-work ethic from my dad. He worked 10-hour days at Holiday Park, giving lessons, stringing rackets, signing up courts and brooming courts. He never complained. It made me want to spend more hours on the court. I saw how people respected him and his work ethic. Even though I was making millions, instead of quitting his job and living off me he worked till he was 75 and didn't take a penny.

He was devoted to his faith, going to church every Sunday and living his faith every day by his actions.

Lesson: When I was 13, I wanted to be a cheerleader and cheer at games two to three times a week, which would take time away from my tennis practice. My dad didn't say, ‘No,’ but said if I wanted to be great at something I'd have to devote all my time to it (meaning tennis). He also said if I was going to split my time this way, he would split his time also, as my coach. That made my decision. 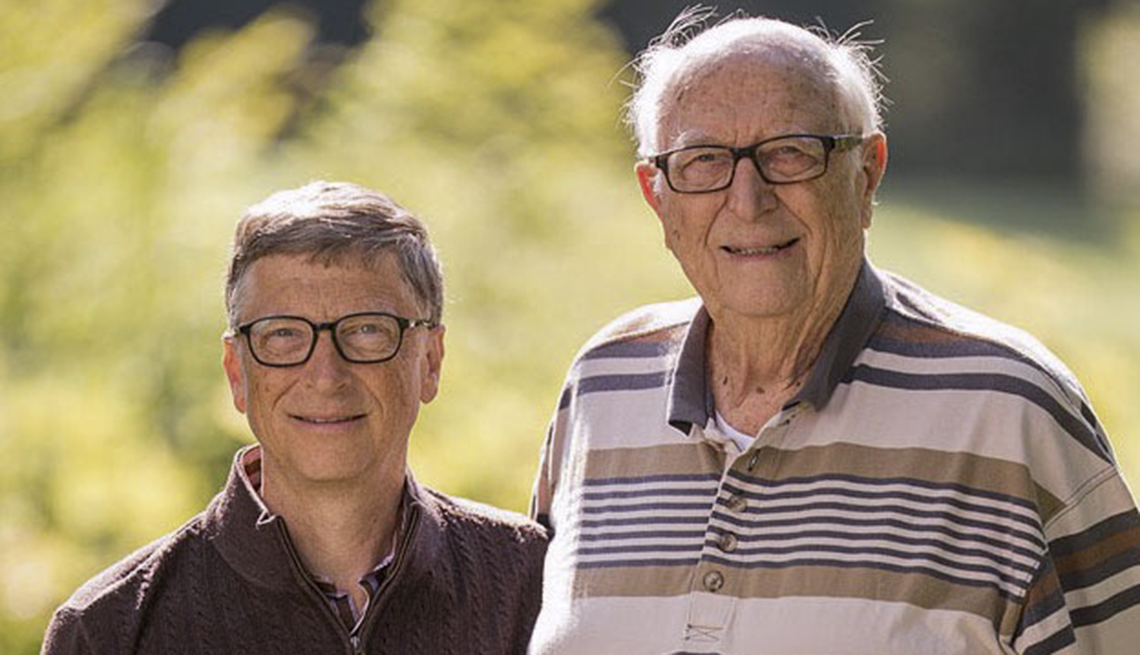 My dad is the man I aspire to be. He is one of the wisest, most kind, generous and calm people I know, and he has had an enormous influence on my life.

I didn't always recognize my father's wisdom when I was growing up. But eventually I figured it out and I have turned to him for advice more times than I can count.

He has a remarkable energy and commitment to making the world a better place. Our foundation would not be what it is without his guidance and inspiration. 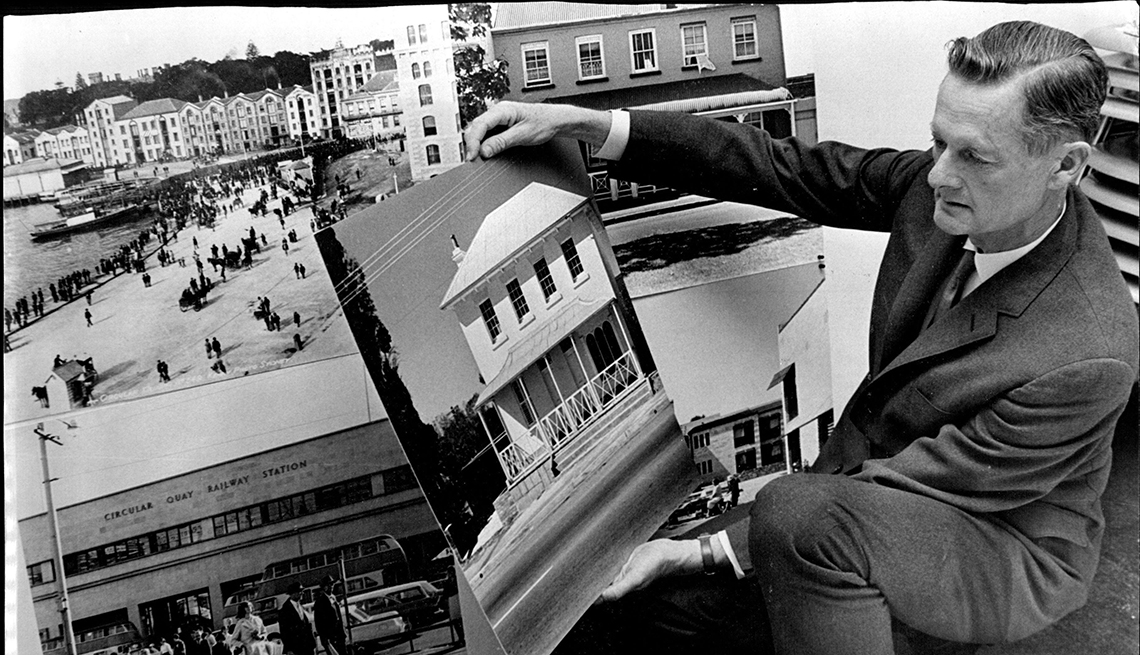 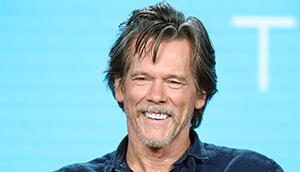 His Father — and Philadelphia's

My dad was very, very success oriented and very driven — driven with his work but also driven to be acknowledged for his work. It kind of horrified me in a way because he was always clipping whatever was written about him or said about him. The way that the public, the press perceived him was super important to him and so, as a reaction, me, I never clip anything. I haven't saved an article. I don't read reviews. But I would say, from him, I got the drive to be famous.

That drive, in the course of my life, was replaced by my drive to be good, by a drive to create something of value and by a drive to have a craft and to work real hard to learn that craft. Initially it was just a drive to be famous. So I got that from him. For better or worse, he was very, very well known in the City of Philadelphia and I wanted to more famous than him. I wanted to beat him at that. So, I'm grateful for that.

—Actor Kevin Bacon, appearing in Showtime's “City on a Hill,” and the son of architect and urban planner Edmund Norwood Bacon, called the “Father of Modern Philadelphia." 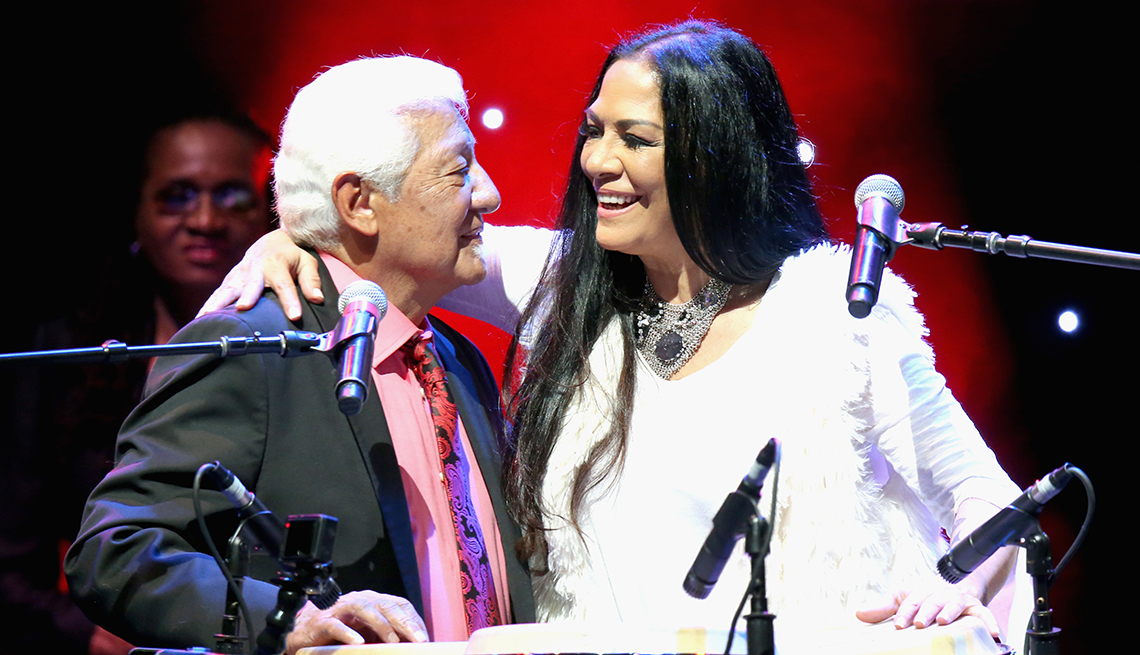 I learned his dedication to practicing all day every day, and listening to Miles Davis, John Coltrane, Tito Puente, Eddie Palmieri, Mongo Santamaria. There was music in the house, like eight, 10 hours a day.

I started playing congas before drums and timbales. My first concert was when I was 5 years old and I performed with my dad and his brothers in downtown Oakland at a club called the Sands Ballroom. I played the conga.

When I was 15, I performed with him in the band Azteca. My dad didn't want me to play, but his other percussionist got sick. That was the moment that changed my life; I had never experienced that level of musicianship before. I remember the roar of the crowd and the standing ovation.

Backstage, I grabbed my dad and hugged him and we cried. He couldn't believe what he saw. All my years watching him, I learned from him. I never had a lesson. Two weeks later I was on tour with him and the first place we went was Bogota, Colombia.

My father is 83 and every month, if we don't have a gig together, I book him at one of my shows. He's the most inspiring man that I know and I am honored and humbled to be his daughter. And I'm proud of him. 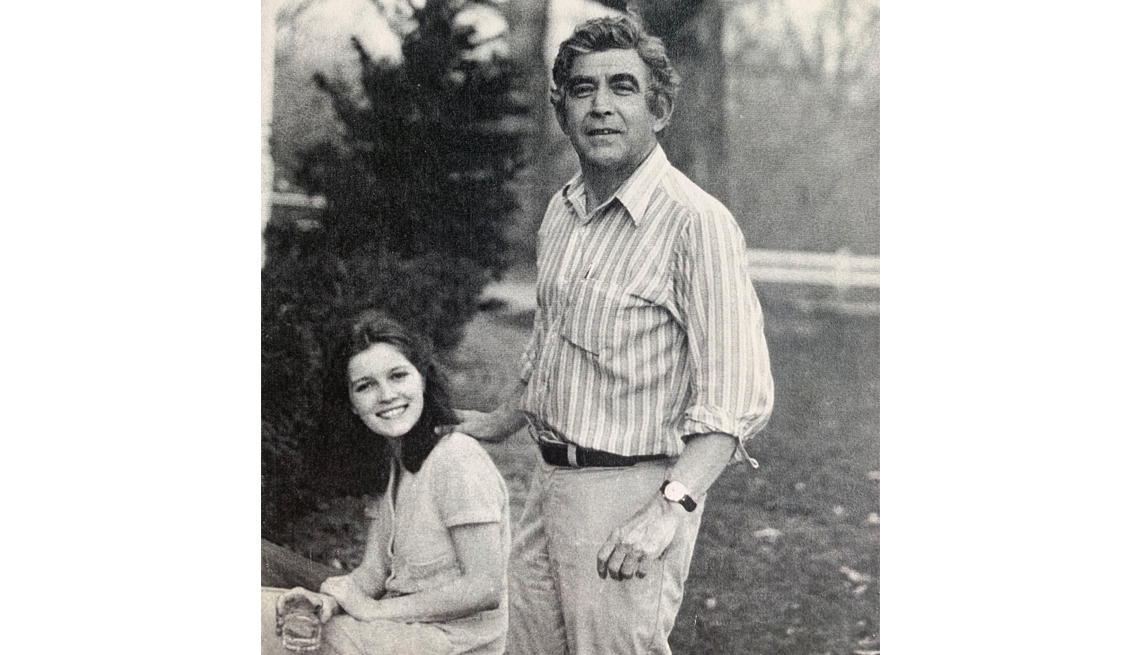 —Actor Kate Mulgrew, daughter of Tom Mulgrew, who was co-owner of Mulgrew Blacktop. She is the author of How to Forget: A Daughter's Memoir 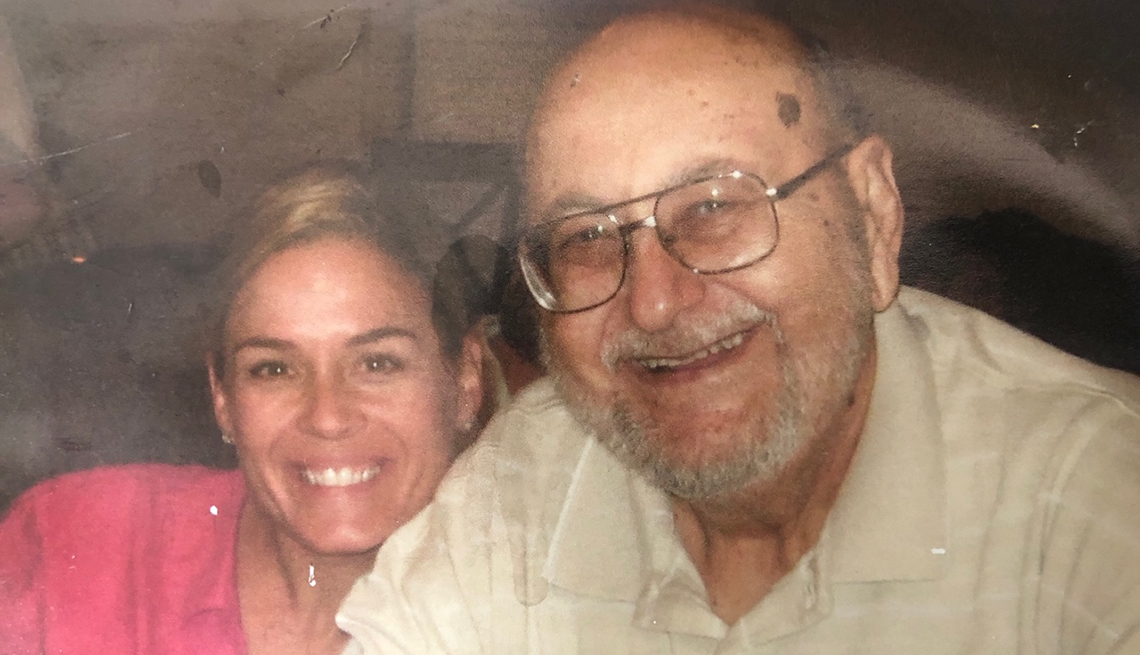 My dad was in the restaurant business for a long time, putting himself through college, and taught 10th grade world history. Being a Greek American, he was a very proud man.

He was probably 6 feet 4 and just this big guy who was jolly and happy all the time. He never met a stranger.

One of the biggest things he taught me was about grace. And he taught me a lot about kindness, respect, being the best you can be and giving back.

He was the grill meister in our family. He taught me all about grilling meats and how to marinate, whether it was a dry marinade or a wet marinade. He really taught me the heart of grilling outside and we had a lot of really special moments around the grill — quality time and bonding time.

He was the kindest, gentlest man.

—Cat Cora, celebrity chef, restaurateur and daughter of Spiro Cora. She is the author of Cooking as Fast as I Can: A Chef's Story of Family, Food, and Forgiveness 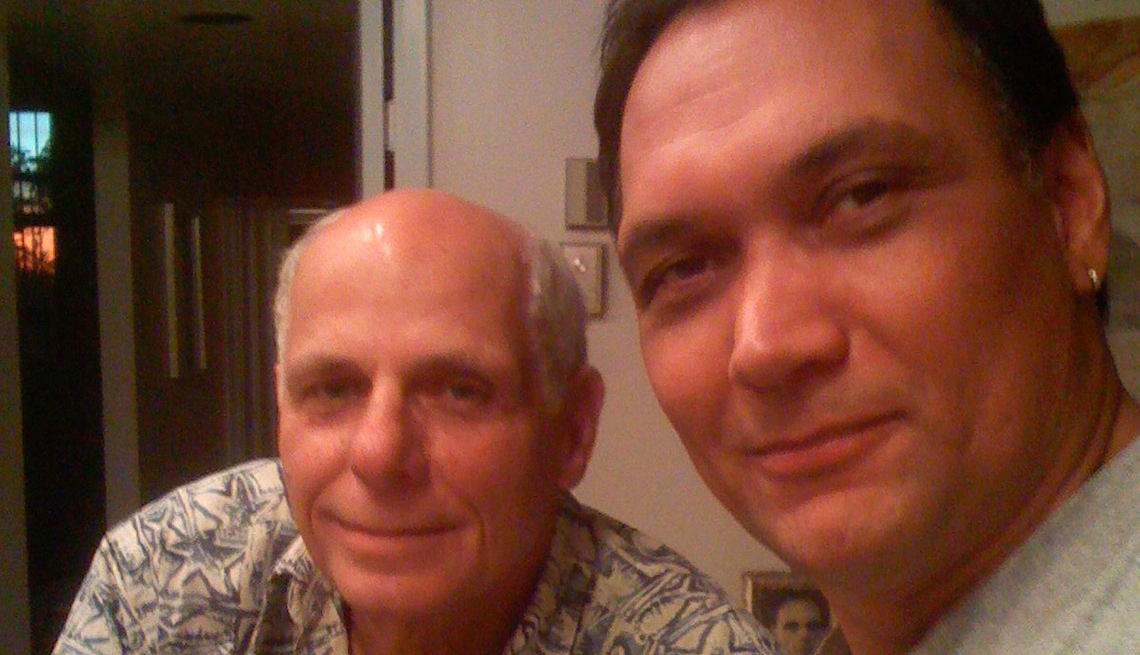 Dad and His Dictionary

I loved the fact that perseverance for him was a major mantra. Just keep at it, whatever you do.

He was very adamant about coming here to the States and doing something positive for yourself and your family. I treasure that.

As an immigrant, first-generation family here in this country, it wasn't about safe choices, but it was about realistic choices. There was a lot of weight put into the fact that I was one of the first in my extended family to attend college. Wanting to be an artist wasn't very practical. It was more: ‘Are you going to be a doctor, a lawyer, a teacher?’ Dad always said, ‘I like those Shakespeare plays that you do, but I got to have a dictionary with me.’ God rest his soul.

—Actor Jimmy Smits, appearing in the fall in an NBC series, “Bluff City Law,” and the son of Cornelis Leendert Smits, an émigré from Suriname who worked for a manufacturing firm.