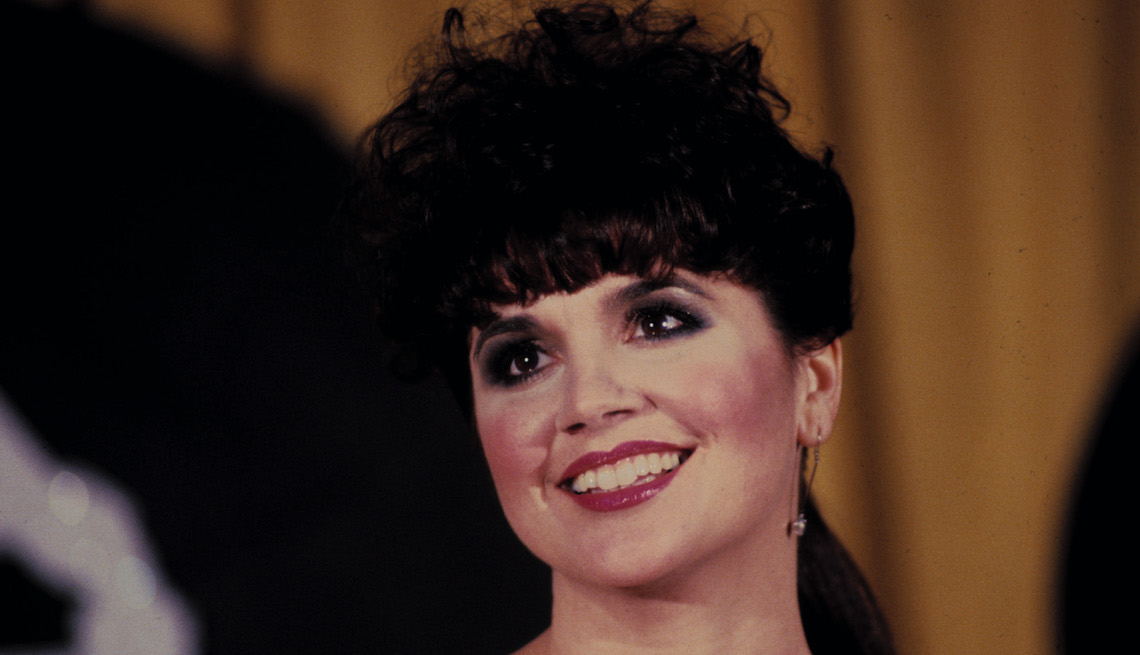 En español | Look, Ma, no downward spiral! Rock documentaries often document self-destruction, but this celebration of 10-Grammy-winning singer Linda Ronstadt, 73, is refreshingly uplifting. Award-winning filmmakers Rob Epstein (The Times of Harvey Milk, The Celluloid Closet), 64, and Jeffrey Friedman (The Celluloid Closet), 68, deliver an inspiring portrait of the trailblazing rock ‘n’ roller, a big-hearted girl with a gorgeous voice and a soul to match.

Born in Tucson, Ronstadt drove to California at 18 in the 1960s, found an $80 apartment on Santa Monica Beach, befriended the up-and-coming pop power elite at the Troubadour Club, and launched a genre-busting career spanning pop, folk, country, light opera and mariachi music, selling over 100 million records. She dated George Lucas, Steve Martin, Albert Brooks, Jim Carrey and California governor and presidential candidate Jerry Brown, but her romantic life is less central to the story than her life onstage. Much of the movie's pleasure is performance footage: her early work with the Stone Poneys ("Different Drum"), her Johnny Carson appearance and her startling leap to star in Gilbert & Sullivan's Pirates of Penzance. A restless experimenter, she reached deep into her Mexican roots to sing passionate Spanish-language standards on Canciones de Mi Padre, the bestselling non-English album in U.S. music history.

Throughout, the brown-eyed beauty avoided the trap of a music culture she considered inherently hostile to women, who often, she warns, “lose the ability to focus on themselves as a person rather than as an image.” She was part of a breakout generation including Carly Simon, 74, Carole King, 77, and Joni Mitchell, 75 — in fact, “the queen,” as fellow singer Bonnie Raitt, 69, called her. “She was like what Beyoncé is now."

Joyously collaborating in the group Trio with Emmylou Harris, 72, and Dolly Parton, 73, Ronstadt toured without all that behind-the-music baggage. As Parton says in the film, “Linda could literally sing anything.” The performers’ rich harmonies rivaled Crosby, Stills, Nash & Young, recently featured in the fascinating, darker hit documentary David Crosby: Remember My Name.

In that film, Crosby, 78, a man of unsheathed ego and bad-boy behavior, gives a heartfelt apology to all the women he hurt or (like his wife) led into addiction. In contrast, the grounded Ronstadt was a unifier. And yet, Linda Ronstadt: The Sound of My Voice is not without heartbreak. Parkinson's disease silenced Ronstadt's singing career. For viewers, there will be tracks of tears — but this is no tragedy.

In the end, Ronstadt sits on a couch, surrounded by family and singing along in a barely audible voice. There is sadness that the sound that brought so much joy has been taken from this musician. But there is also a sense that she is so much more than the music and the performance: she is a generous grownup sustained by rich family and collegial relationships. This is the rare music documentary that concludes in hope and fellowship, and a deeper understanding of a woman who broke barriers and reached international heights without burning bridges or setting herself on fire.