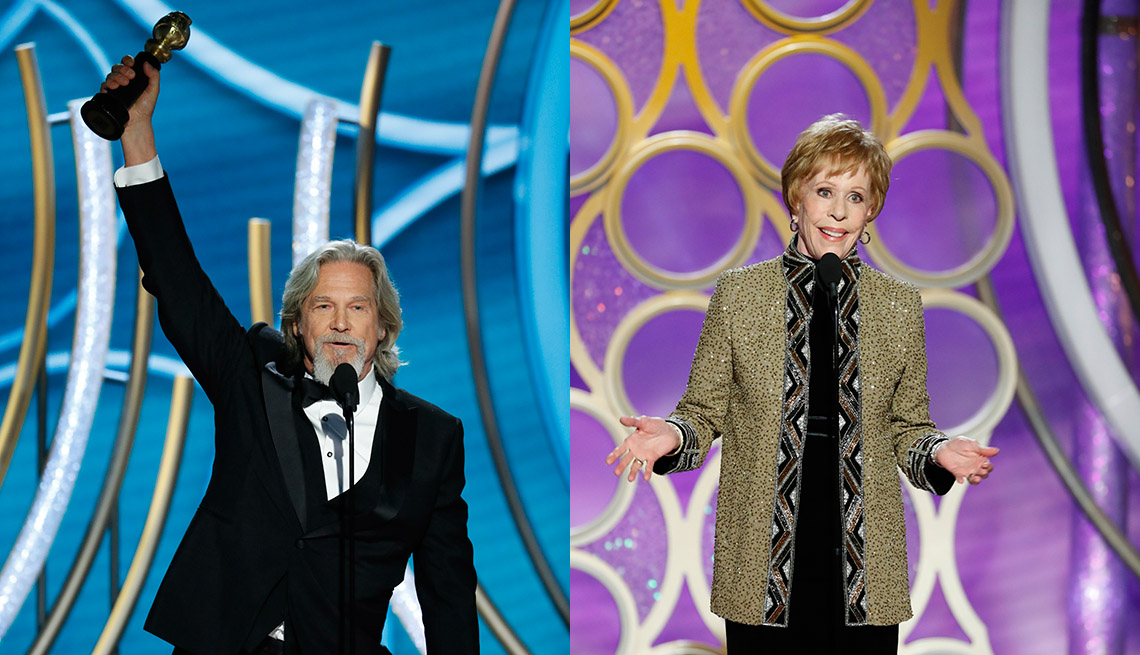 Jeff Bridges won the Cecille B. DeMille Award and Carol Burnett became the first recipient of the new TV achievement award named in her honor.

Any award show that opens with the camera on 61-year-old director Spike Lee, wearing a purple beret and (as usual) super cool glasses, has potential to be interesting.

There was plenty to enjoy — Lady Gaga’s voluminous periwinkle dress, Jamie Lee Curtis’s startling white hair, Sandra Oh’s applauding parents — but there was such a dearth of entertainment in the on-stage moments. From stilted presentations to laundry list acceptance speeches — it was as if all those great actors forgot they know how to put on a show.

Thank goodness the two career award recipients, Carol Burnett and Jeff Bridges, put a little life in the party. The comedy legend was the first recipient of an award named after her for career achievement in television. The Hollywood Foreign Press Association, which gives the Golden Globe awards in both TV and film, also has the Cecil B. DeMille award for achievement in movies, given this year to Bridges. 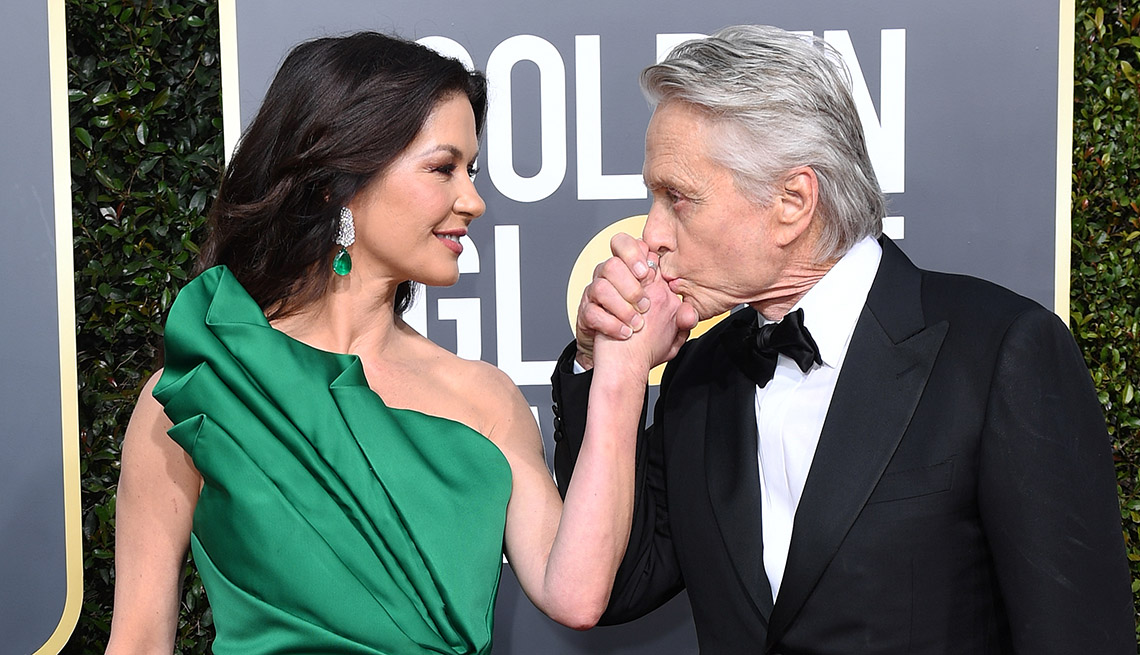 Michael Douglas arrives at the Golden Globes ceremony with his wife Catherine Zeta-Jones. Douglas won the award for best actor in a television series — musical or comedy for his turn as the title character in The Kominsky Method.

Reminiscing about her long-running comedy-variety series, Burnett, 85, said,  “Sometimes I catch myself day dreaming about being young again and doing it all over. Then I bring myself up short because I realize how incredibly fortunate I was to be there at the right time.”

Burnett said, “What we did then — it couldn’t be done today. The networks wouldn’t spend the money.”  She chided, “Here’s to reruns and YouTube.”

Burnett and Cecile B. DeMille award winner Jeff Bridges, 69, honored for a performing career that began when he was a kid, were highlights of the more than three-hour show on NBC. Bridges, a Hollywood favorite, provided one of the most authentic moments of the night with a real, if rambling, thanks to a cast of characters involved in his life — moviemakers or not — starting sweetly with “my sweetheart, Sue” his wife of 41 years, brother Beau Bridges, and other family members including a recognition of his father, the late actor Lloyd Bridges. 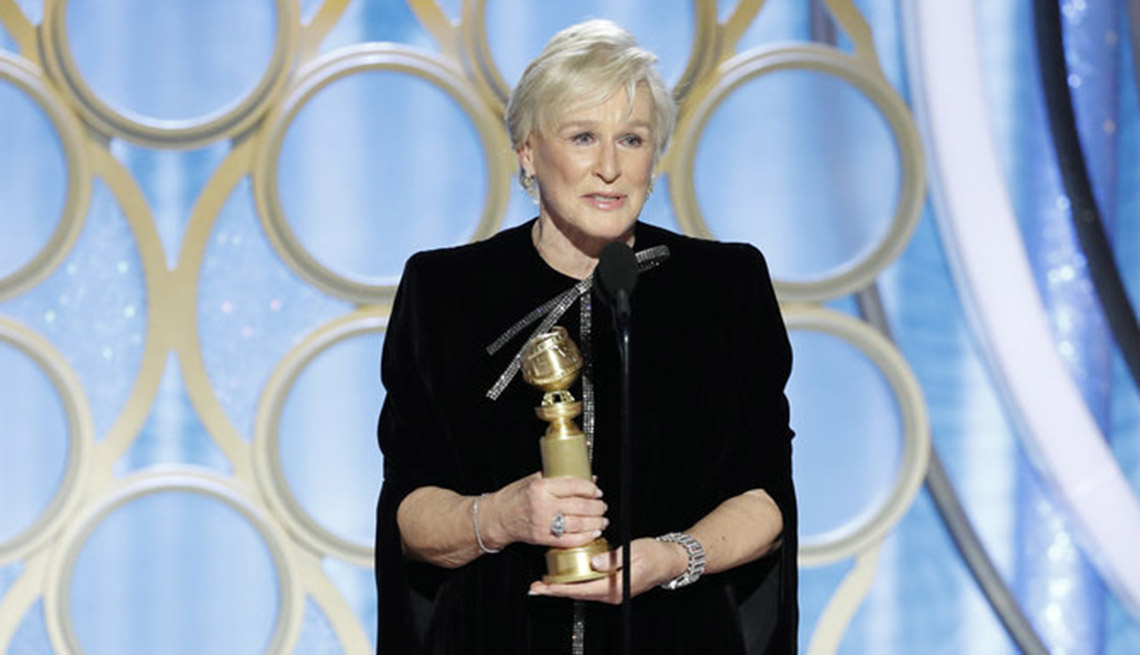 Glenn Close won the award for best actress in a motion picture — drama for her performance in The Wife.

Many of the award winners of the night, like the career achievement recipients, were men and women of substantive experience.

Michael Douglas, 74, who was awarded best actor for his leading part in the new Netflix series The Kominsky Method. He said the show’s producer Chuck Lorre “thinks getting old is funny,” and he paid tribute to his 102-year-old father Kirk. Later the show, which showcases the friendship of two older men, was awarded best TV comedy.

Douglas’s 1987 Fatal Attraction co-star Glenn Close, 71, who pointed out she has been an actor for 45 years, was in tears as she took the stage winning for best actress in the film, The Wife. She brought the audience to its feet when she said one of the things she learned in making the film was, “Women, we’re nurturers … but we have to find personal fulfillment. We have to say, ‘I can do that and I should be allowed to do that.’” 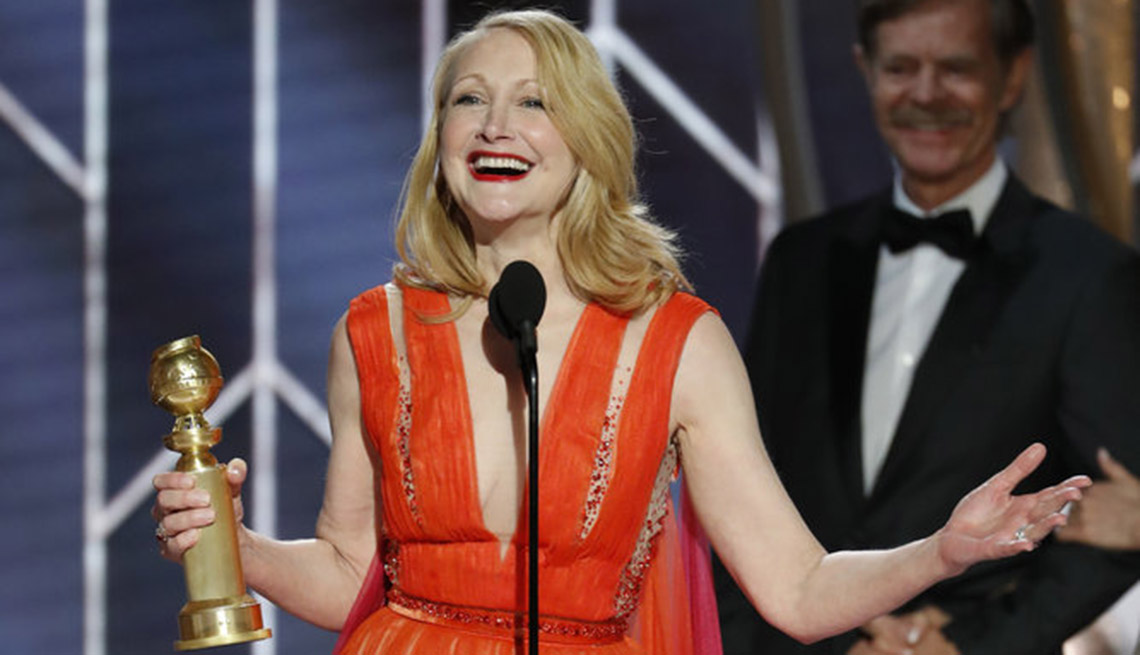 Patricia Clarkson, 59, who won best supporting actress for Sharp Objects, a family drama on HBO, thanked director Jean-Marc Vallée, telling him: “You demanded everything of me except sex — which is exactly the way it should be in our industry.”

Patricia Arquette, 50, won best actress for the Showtime limited series Escape at Dannemora, executive produced and directed by Ben Stiller, and called him “a dream come true for actors.”

Alfonso Cuarón, 57, won best director for Roma, which also won best foreign film. The Netflix movie is about his upbringing in 1970s Mexico and he thanked the people who inspired the film as well as his country: “Muchas gracias, Mexico.”

Dick Van Dyke, 93, got a standing ovation arriving on the stage with Mary Poppins Returns star Emily Blunt. A lead in the first Poppins, Van Dyke has a cameo in the new movie, and was a lively presenter. Bright blue eyes wide, he quipped: “I spotted Carol Burnett out there and I said, ‘My God, I know her!’”