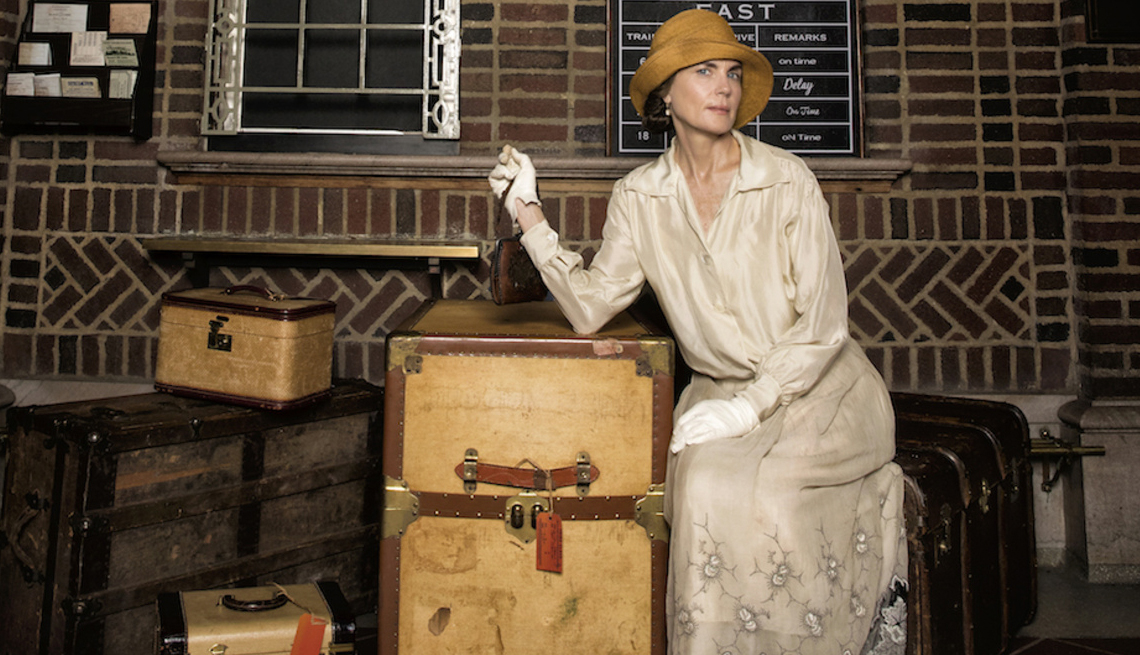 For Downton Abbey fans, The Chaperone represents a respectable reunion on this side of the pond among 1920s middle-class Yanks. Downton creator Julian Fellowes, 69, adapted the script from Laura Moriarty's bestseller for director Michael Engler, who will helm the upcoming Downton Abbey movie. The drama tracks schoolgirl Louise Brooks’ first trip from parochial Kansas City to wild Manhattan, seeking fame as a dancer and, ultimately, finding it as a silent movie star. But, while the perky Haley Lu Richardson, 24, twirls through the pretty period drama, bobs her hair and tipples despite the era's Prohibition, it's Downton's Cora Crawley, Elizabeth McGovern, 57, who gets the star treatment. She gives one of her best performances as the repressed, corseted and unhappily married chaperone, Norma.

This is a rare season of movies struggling to depict the belated self-acceptance of ordinary over-50 mothers — from Mary Kay Place's Diane to Julianne Moore's Gloria Bell. Add Norma to that category, as a New York-born, Midwestern-raised orphan who did all the right things: loved her adopted rural parents, married the first man who asked and moved from their farmstead to his bedstead without ever posing that central American question: What am I going to be when I grow up?

Norma assumes the path of least resistance as a wife, a mother and a neighbor who tries to keep on the right side of the community's virulent gossip mill. Having let others make her life choices for so long, through the birth and maturation of two stalwart sons, when her nest becomes empty and she's betrayed by her lawyer husband (an empathetic Campbell Scott, 57), she's unmoored.

So when she overhears that local girl Brooks won't be allowed to attend a New York dance academy without proper accompaniment, she jumps at the chance. As someone who's never leapt before, she surprises herself by leaving her husband behind, and looking ahead to carve her own identity in a search for her birth mother while Brooks attends class.

That trip to Manhattan, and Norma's proximity to the rebellious Brooks, becomes a catalyst for seismic personal change. She both waits to exhale (ultimately dropping her corset) and gets her groove, if not back, then for the first time.

McGovern, who also produced, drove this passion project. Aware of how few complicated roles exist for mature women, and empowered by Downton's popularity, she's made an exquisite if slight movie where it's history's forgotten character, not the ingénue, that makes headlines, who carries the narrative and wins the day. McGovern is lovely as a fading, self-effacing beauty who always serves herself last. Yet, it's in the moments when she snaps — at her feckless husband, or the spoiled Brooks — that she reveals the ever-present tension that exists in a woman whose politeness has eased her way in society but has also numbed her to her essential desires. Norma's slow rise to self-empowerment is every bit as radical as that of Brooks — and hugely satisfying for audiences hungering to see real women, not superheroes, carrying the plot.