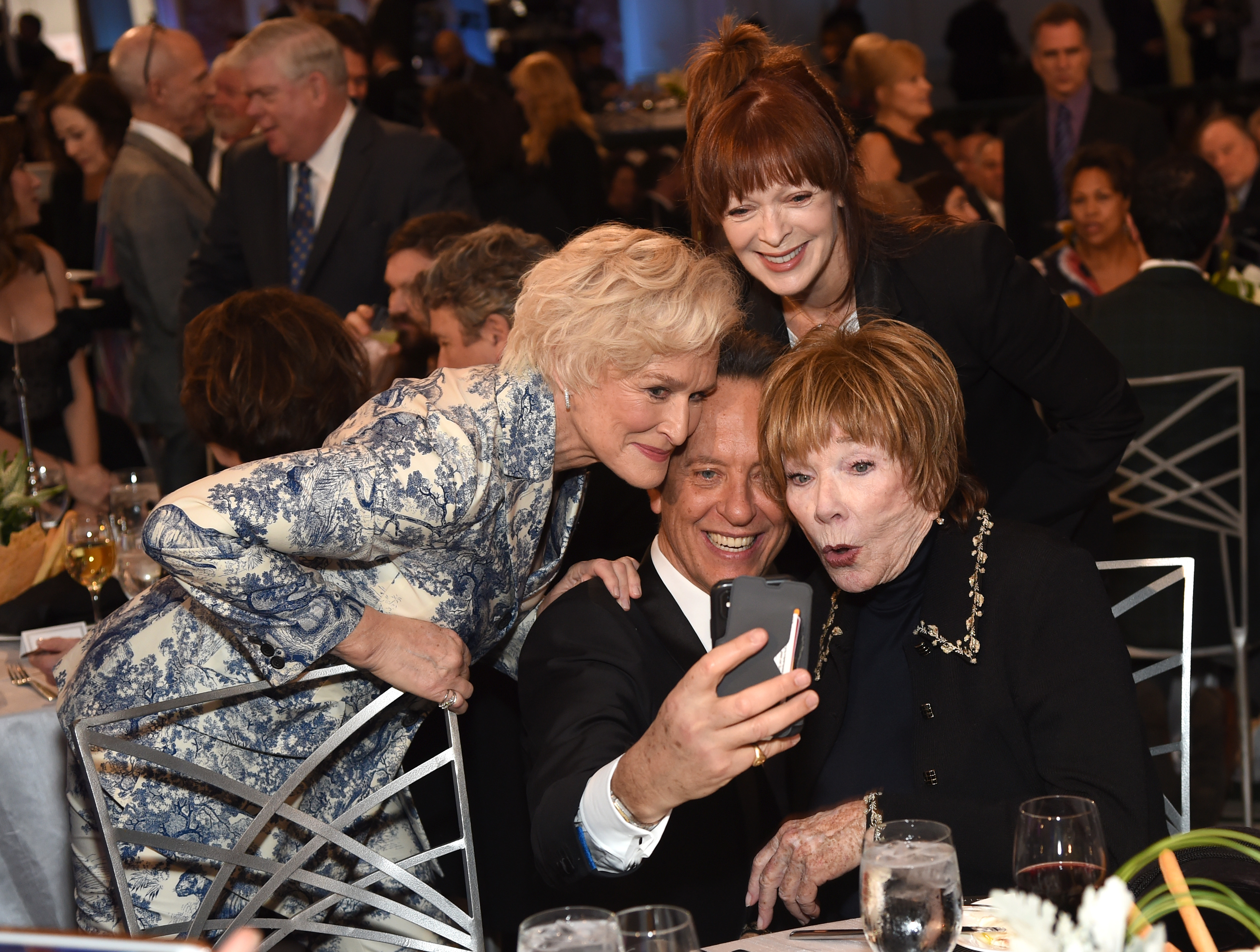 After a few days of rain in Los Angeles, the sun arrived with the stars Monday for AARP’s 18th annual Movie for Grownups Awards. The celebrity-filled event in Beverly Hills brought Oscar nominees Glenn Close, Viggo Mortensen and Spike Lee to the red carpet, as well as legendary actress Shirley MacLaine, who was honored with a career achievement award. 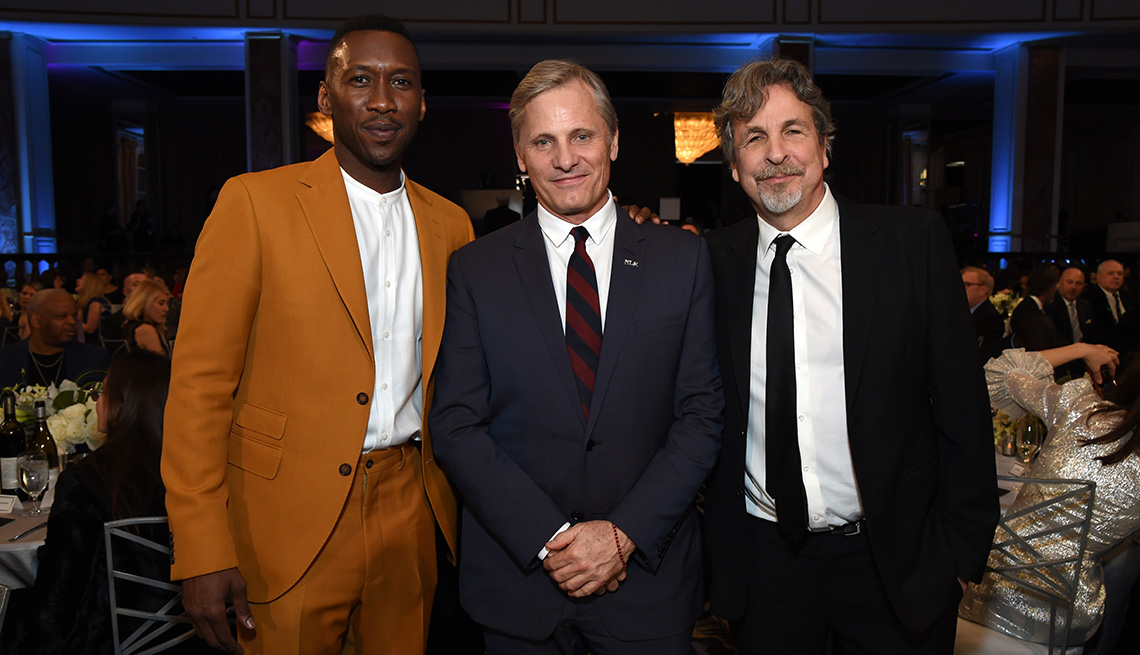 Mortensen, 60, star of Green Book, turned heads, clearly having lost the 45 pounds he gained for his role as driver Frank Vallelonga. “I’ve been nominated for awards many times, but I don’t often win,” he said. “So, if it’s happening, I’m down with it.” 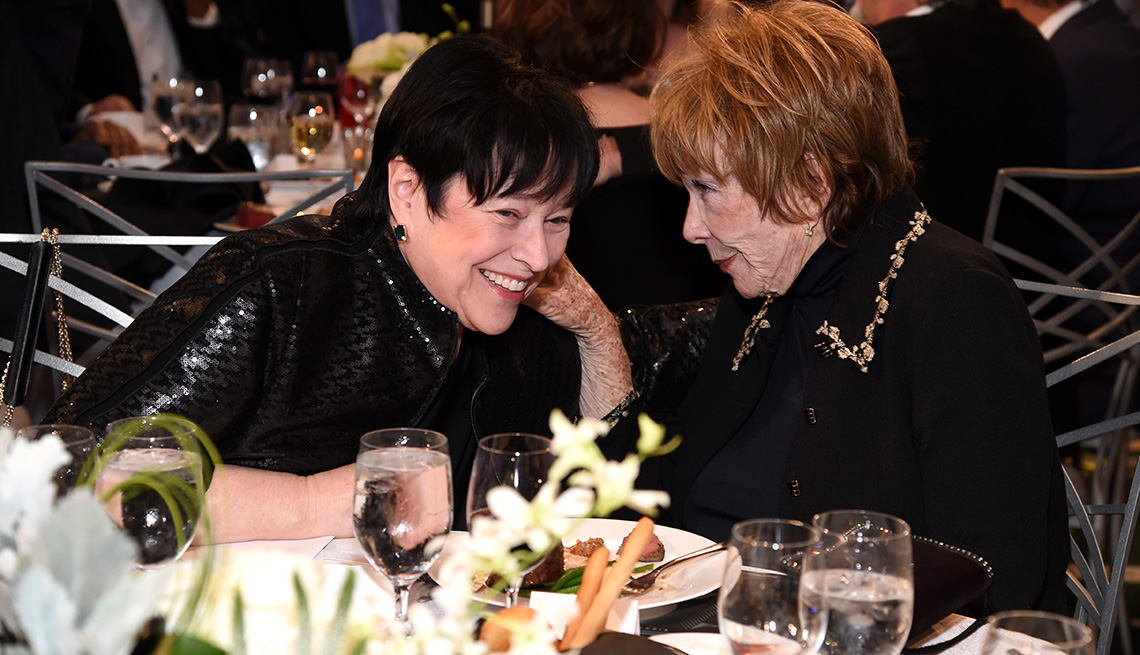 Career achievement award winner MacLaine, 84, who later asked that AARP continue to help her with her “modern maturity” — invoking the previous name of AARP The Magazine — hung out with frequent costar and friend Kathy Bates. 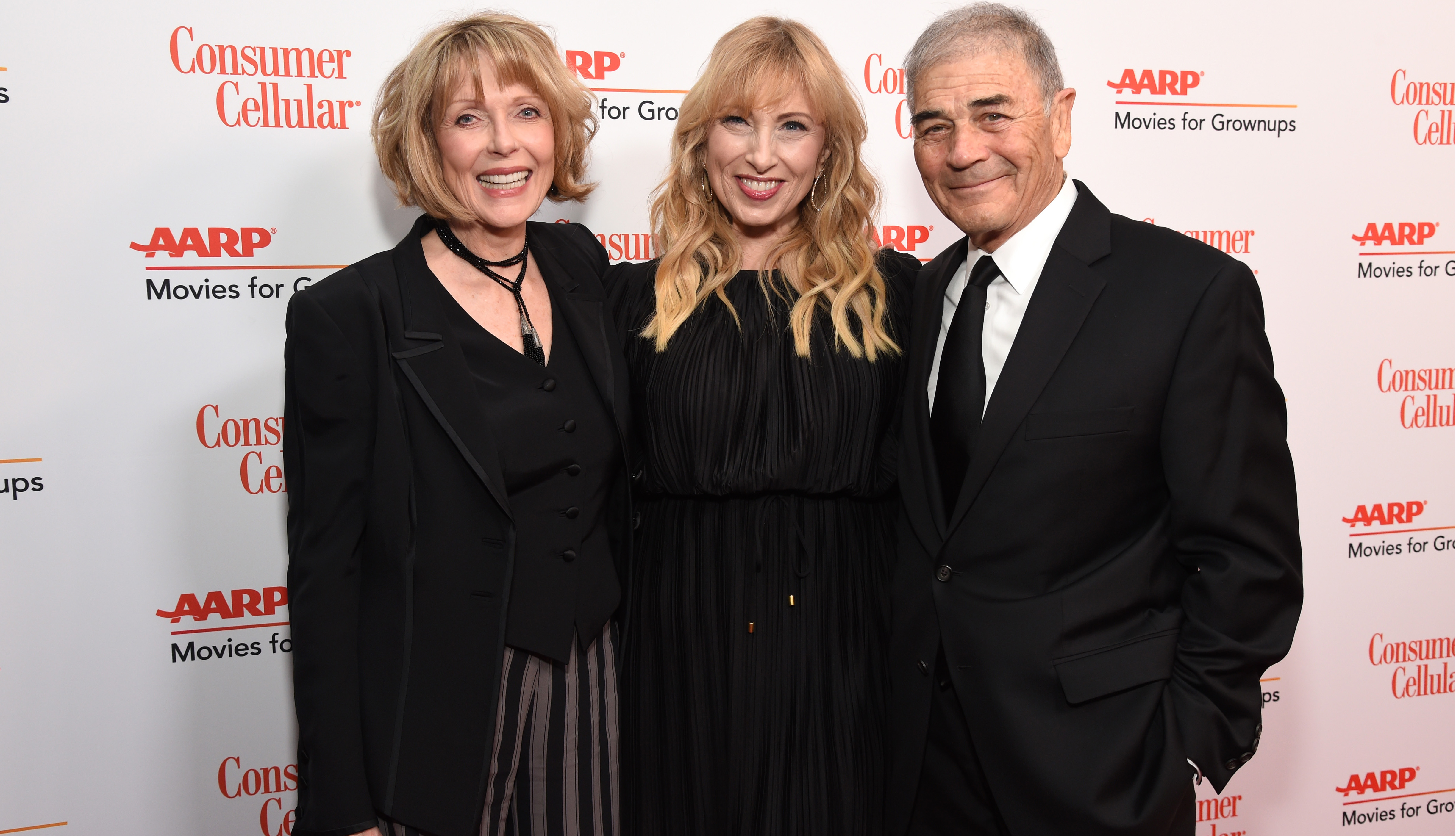 Actresses Susan Blakely, left, and Denise Grayson with “What They Had” star Robert Forster.

Forster, 77, whose love story with Blythe Danner in What They Had made the film a poignant piece, related on a personal level to his role as a caregiver to a wife who has Alzheimer’s. “I took care of my dad during his last 35 days,” he noted. “Anyone who has the opportunity to care for a parent will never regret doing so. It’s your best opportunity to say thank you.” 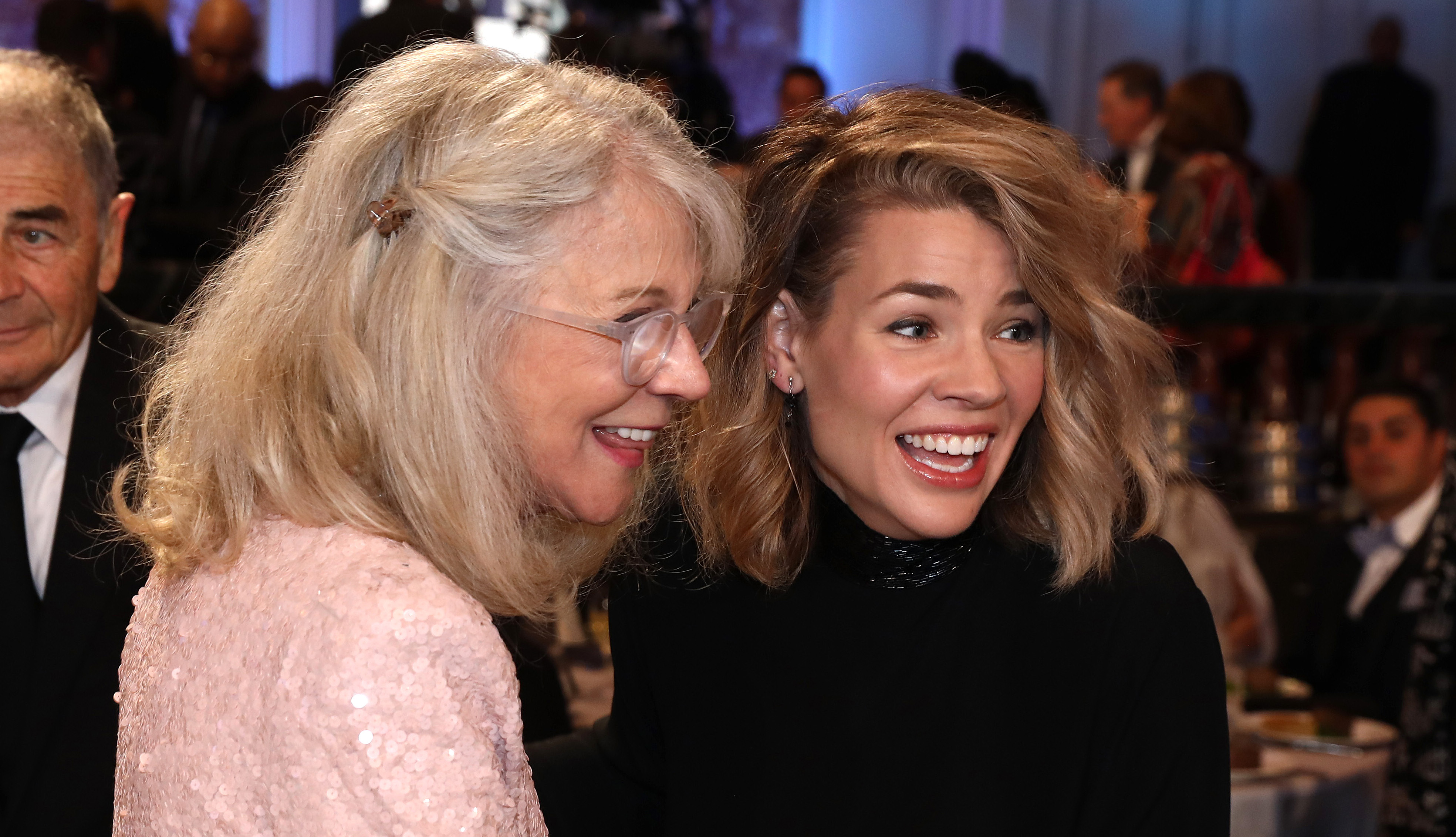 Blythe Danner, left, with her “What They Had” director Elizabeth Chomko.

Danner, nominated for best grownup love story, said she appreciated how the boomer audience responded to her role as a woman struggling with Alzheimer’s disease in What They Had. She shared the night with the movie's young writer-director, Elizabeth Chomko, marveling that Chomko had “written such a profound story based on her grandmother,” who was diagnosed with Alzheimer’s disease at age 68. “It is remarkable.” On a personal note, Danner, 76, said, “I just want to keep working. I’d like to go out taking a bow onstage, in any Chekhov play.” 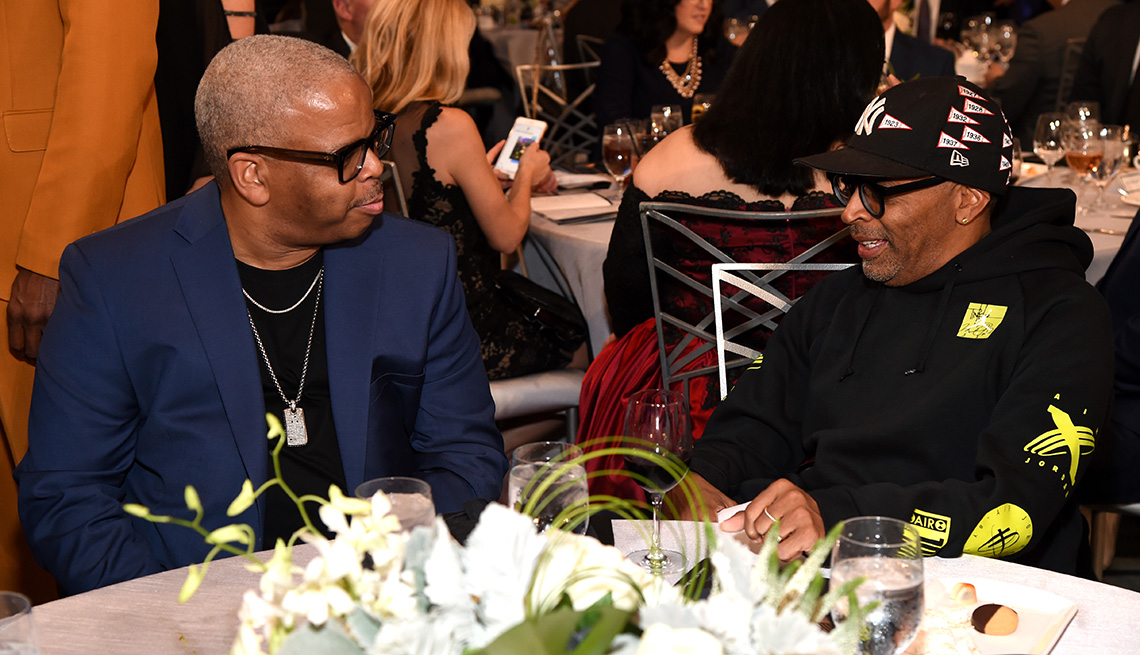 Lee, 61, director of BlacKkKlansman, looked casual and cool in a black Air Jordan hoodie and New York Yankees cap. It was a different look from the purple suit and beret he wore to the Golden Globes. “I’m saving that,” Lee said. He added that it is critical for moviemakers to focus on a grownup audience: “We have to have films that everybody likes. But adults — we have a lot of time on our hands; we have a lot of money. And I think a lot of times [moviemakers] are just sleeping on this market.” 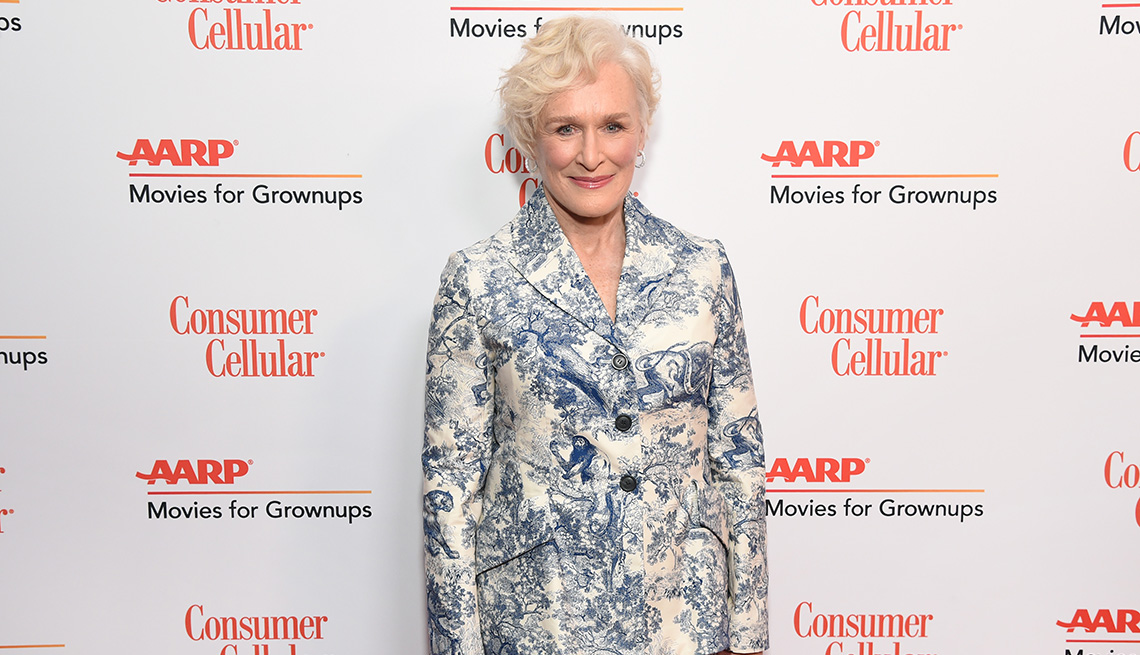 Close, 71, star of The Wife and standing out in a sea of black wearing a fitted Wedgewood-blue toile pantsuit, reflected on her later-life successes. “It was exciting the first time it happened, at 34 with [1982’s The World According to] Garp, but I think it means much more to me now than it ever has. You’ve lived longer, you’ve plied your craft longer, you know how hard it is to get the stories you really believe in and commit to. So yes, this is the best time in life to me to have a part that resonates with people and have it recognized to the extent it has been.” 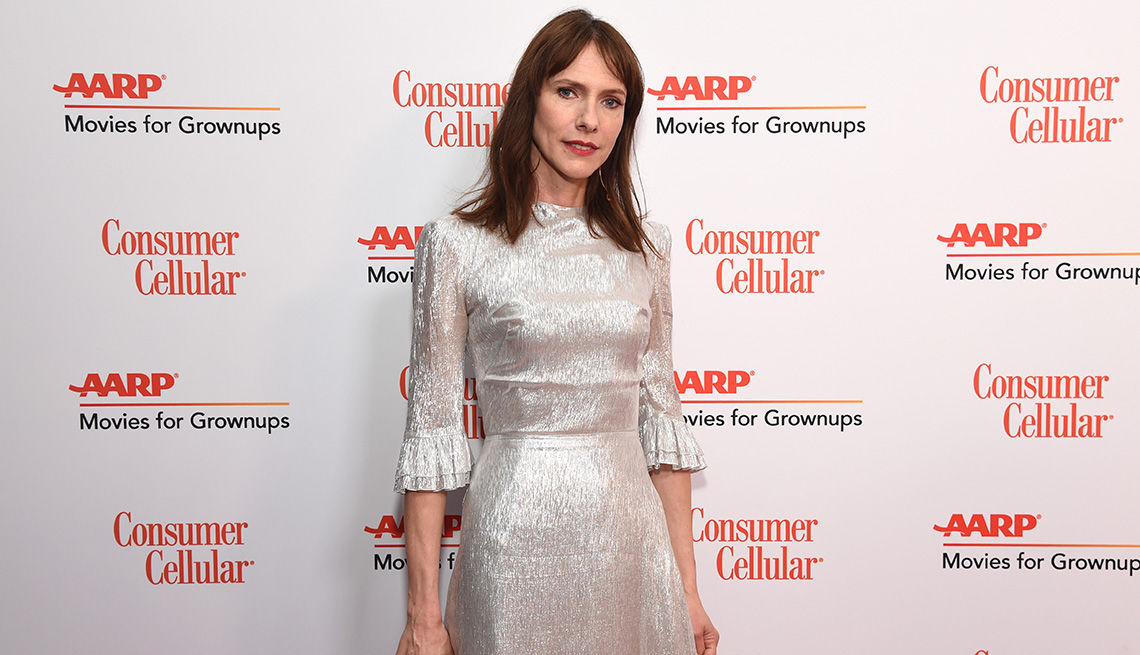 Wells, 47, who played a book dealer opposite talented forger Lee Israel (Melissa McCarthy) in Can You Ever Forgive Me?, said, “It’s the first film I have ever been in where there was just constant joy from anybody who sees it. I get texts and email every day from people just loving it — every generation.” Despite the movie’s melancholy subject matter, Wells said the filming was “really fun. Melissa is heaven. It was wonderful watching her work. She’s a brilliant actress.” 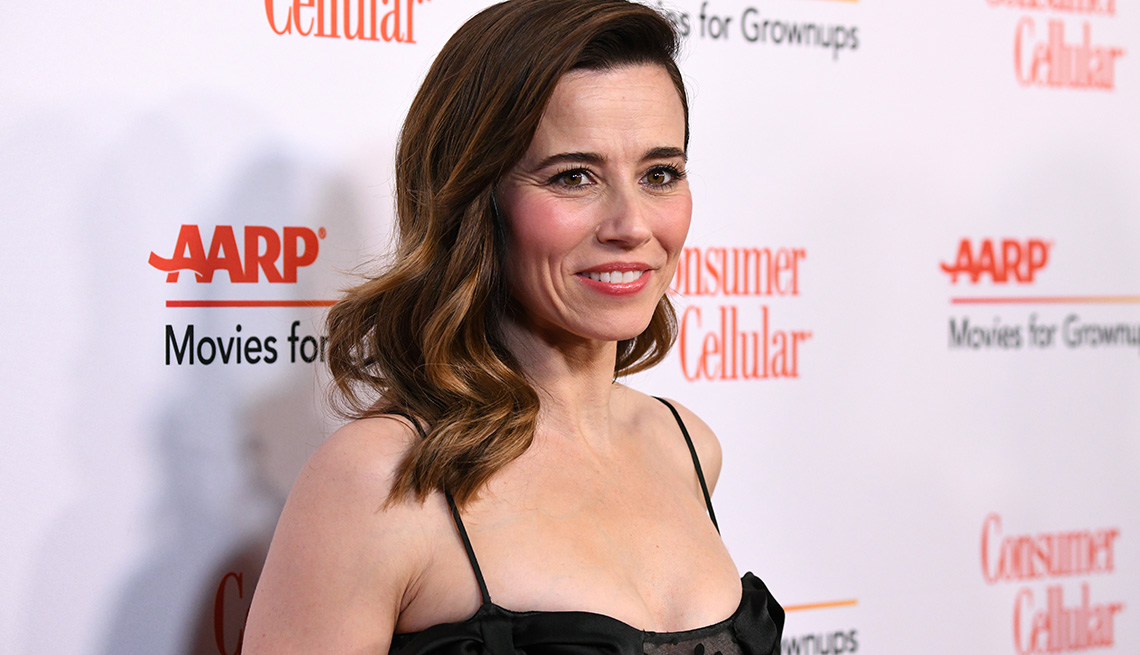 Cardellini was happy to support MFG’s mission to recognize the achievements of 50-plus moviemakers. “That’s the whole point in life, to get older,” she said. “So the idea of not celebrating it doesn’t make sense.” 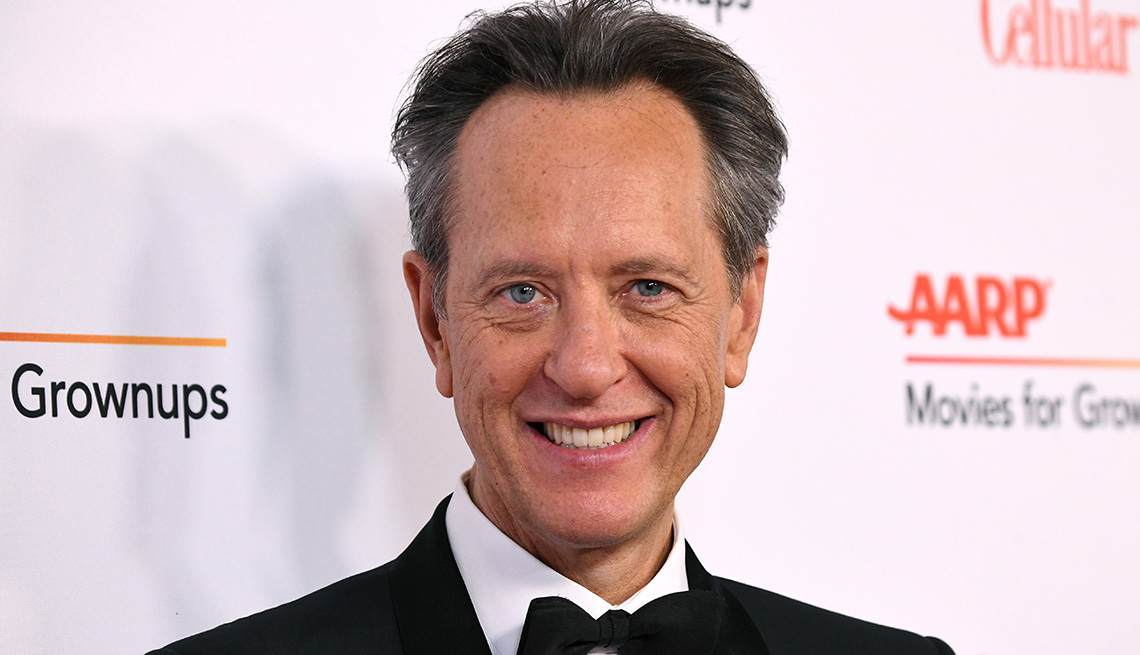 Grant, 61, whose credits have included everything from Downton Abbey to Game of Thrones, won best supporting actor for his role as Melissa McCarthy’s partner in crime in Can You Ever Forgive Me? “To be in a movie that’s Oscar nominated and to be in the final Star Wars movie [Grant will appear in episode 9, due out in December ] — I’ve never experienced anything like it — so I’m enjoying every second of this time,” he said. “Fifty used to seem old, but beyond 50 it doesn’t seem so. As long as I’m younger than Mick Jagger, I can still feel young — younger.”

Jenkins' drama If Beale Street Could Talk was awarded best time capsule for the way it captures the 1970s. Karifa-Smart, whose uncle James Baldwin wrote the novel from which Beale Street was adapted, recalled that Baldwin used to tell him: “Don’t listen to what people say. Listen to what they don’t say.” 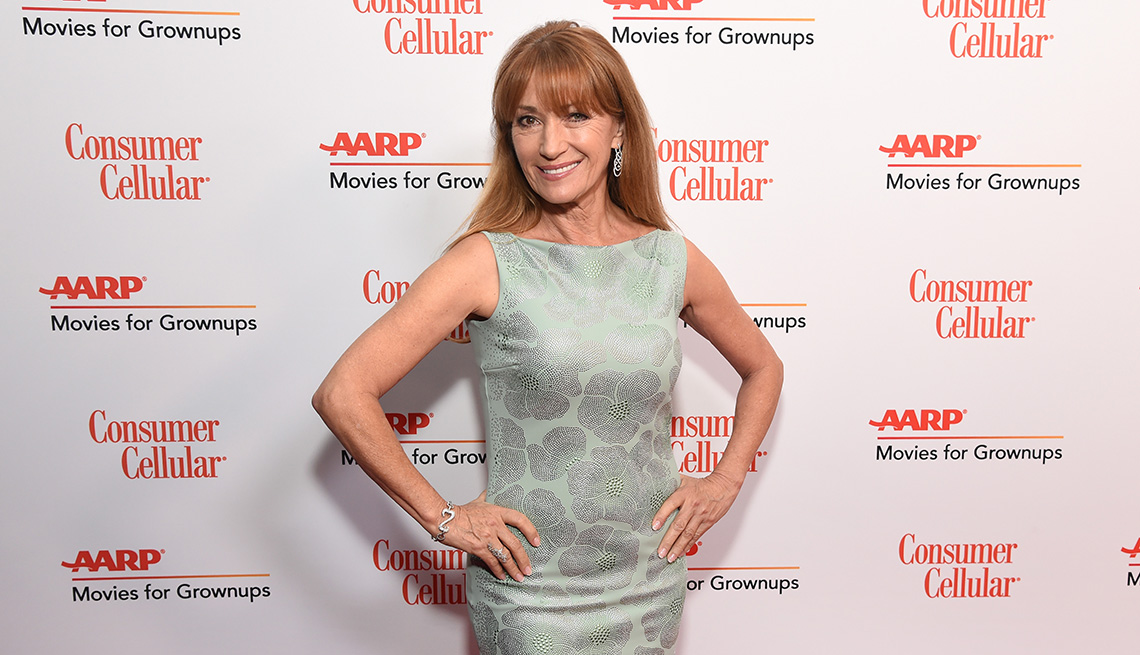 Seymour, a member of the award program’s host committee, had two fun connections to the evening’s winners. She shared how Fred Rogers of Mister Rogers’ Neighborhood was a fan of her ’90s hit show, Dr. Quinn, Medicine Woman, and appeared on an episode. When Rogers came on the set he “went to every member of the crew and said, ‘May I take a photograph of you?’” And because of Bohemian Rhapsody’s MFG win for best ensemble (about Queen and its front man, Freddie Mercury), Seymour took out her phone to show off a photo of herself and the late Mercury sharing a kiss as faux husband and wife at a London fashion show in 1971. 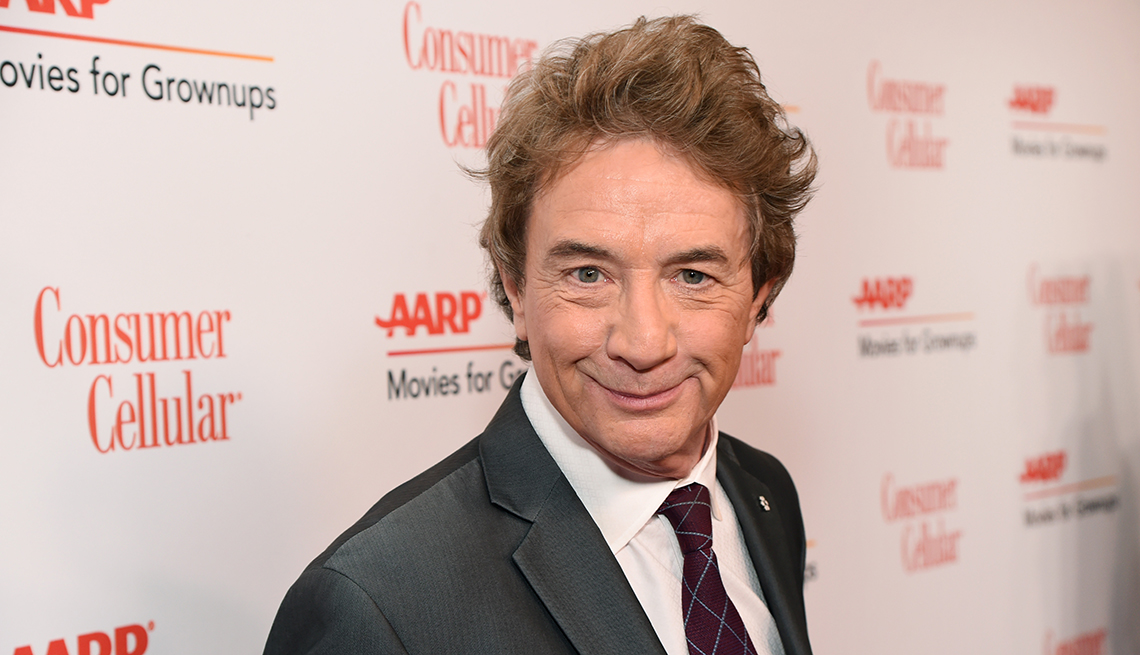 Comedian and host of the Movies for Grownups show, Short, 68, ran from cocktail party to red carpet before work duties began. Asked what part of the evening he was most looking forward to: “When it’s over,” he quipped.

More From the Movies for Grownups Awards Show