Triple Golden Globe nominee If Beale Street Could Talk is about the most visually ravishing, rapturously romantic, socially relevant film since last year’s triple Oscar winner Moonlight, which is unsurprising, because it has the same director-cowriter and cinematographer. Hollywood’s first-ever adaptation of James Baldwin, a fiction author and essayist who’s ranked right up there with George Orwell, it comes a year after the Oscar-nominated documentary about Baldwin, I Am Not Your Negro.

But you don’t need to know any of that to get swept away by the film’s fierce lyricism and heartbreaking characters. Newcomer KiKi Layne is radiant as Tish, who realizes, after 19 years of growing up in turn-of-the-1970s Harlem with sculptor Fonny (Stephan James, Julia Roberts’ client in the TV hit mystery Homecoming), that he’s been the one for her all along. She’s pregnant, which thrills her family, led by Regina King, 47, a late-in-life breakout star who’s earned three Emmys in four years and was named best actress by the three top U.S. critics’ groups for her role as Tish’s magnificently protective mom, Sharon.

But there are ominous clouds hovering above the lovebirds’ infectious bliss. While Tish’s clan doesn’t care that she’s pregnant just before marriage — “Unbow your head, sister!” says her sis, Ernestine (Teyonah Parris) — Fonny’s pious mom (Aunjanue Ellis) and her mean-girl daughters are judgmentally appalled. The scene of the colossal argument between the soon-to-be-in-laws is terrific, sad, a little funny and very believable. 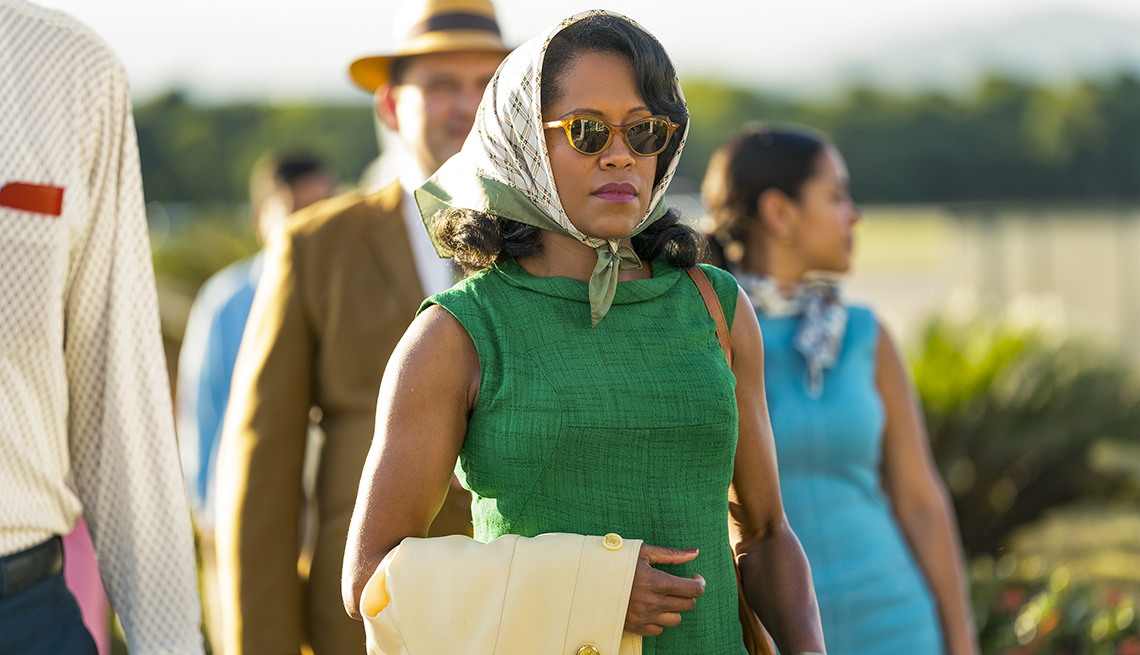 Regina King is winning raves — and awards — for her performance in "If Beale Street Could Talk."

It’s all too believable when the lovers’ car gets pulled over and a racist cop winds up framing Fonny for a rape across town that he couldn’t have committed without supersonic transport. Tish has to reach out to Fonny’s beseeching hand against a jailhouse window. “I hope that nobody has ever had to look at anybody they love through glass,” she says. Just before injustice struck and split his life in two, Fonny had heard about the horrors of prison from a recently released pal (annually Emmy-nominated Brian Tyree Henry) of uncommon eloquence — Henry’s monologue is a show-stopper. So Fonny knows the hell that’s coming his way.

The movie alternates between flashbacks to heavenly times and the family’s increasingly desperate attempts to prevail against a justice system that runs like a relentless factory of untruths and despair. The rape victim, traumatized by her unknown assailant and intimidated by cops, has fled home to Puerto Rico, and Sharon does all she can to raise funds for a lawyer and a trip south to try to talk her into recanting her police-orchestrated accusation against Fonny.

There are moments when the film drifts a bit, as if carried away in reverie by the melancholy jazz soundtrack — Miles Davis’ “Blue in Green” has never sounded so hypnotically resonant. But then the momentum of the legal case kicks back in. The performances, excellent throughout, are capped by the diamond-like perfection that is Regina King. In 2012, critic Matt Zoller Seitz called her “an actress for whom no praise is adequate.” And in 2018, she’s better than ever.