Marielle Heller’s brilliant, bitter comedy Can You Ever Forgive Me? is a literate, female-driven character study of forger Lee Israel (recent AARP The Magazine cover subject Melissa McCarthy, 48). Full of well-earned laughter and hard-won wisdom, it’s as smart and mature as any movie in contention for Oscars this season.

The title of the film (and of Israel’s 2008 memoir) is a phrase Israel wrote in a forged letter supposedly by Dorothy Parker, apologizing for drunken misbehavior. But Israel was proud of her forgery career, which she turned to in the 1980s after her celebrity biographies stopped selling and she wound up on welfare by age 50. The film follows her as she goes from begging her agent Marjorie (a piquant Jane Curtin, 71) for an advance to forging some 400 letters by Parker, Noel Coward, Lillian Hellman and others before the FBI arrests her.

The sophisticated story coscripted by Nicole Holofcener, 58, a noted poet of comic discontent, merits the Oscar nomination it is likely to get for best adapted screenplay, while giving extremely likely best actress Oscar nominee McCarthy the role of a lifetime. As an acerbic, perceptive, often unlikable, cat-loving drunk, the comedienne proves her acting chops once and for all. It’s not just the bad wig that makes it appear that her unwashed hair is clogged with cigarette smoke and cat fur, or the boxy masculine tweeds that accentuate her teapot short-and-stoutness. It's that she captures the charming and repugnant duality of this intelligent and often nasty alcoholic author — she gets under the gay writer's skin and chafes, never opting for the sentimental dodge, the easy punch-pull. 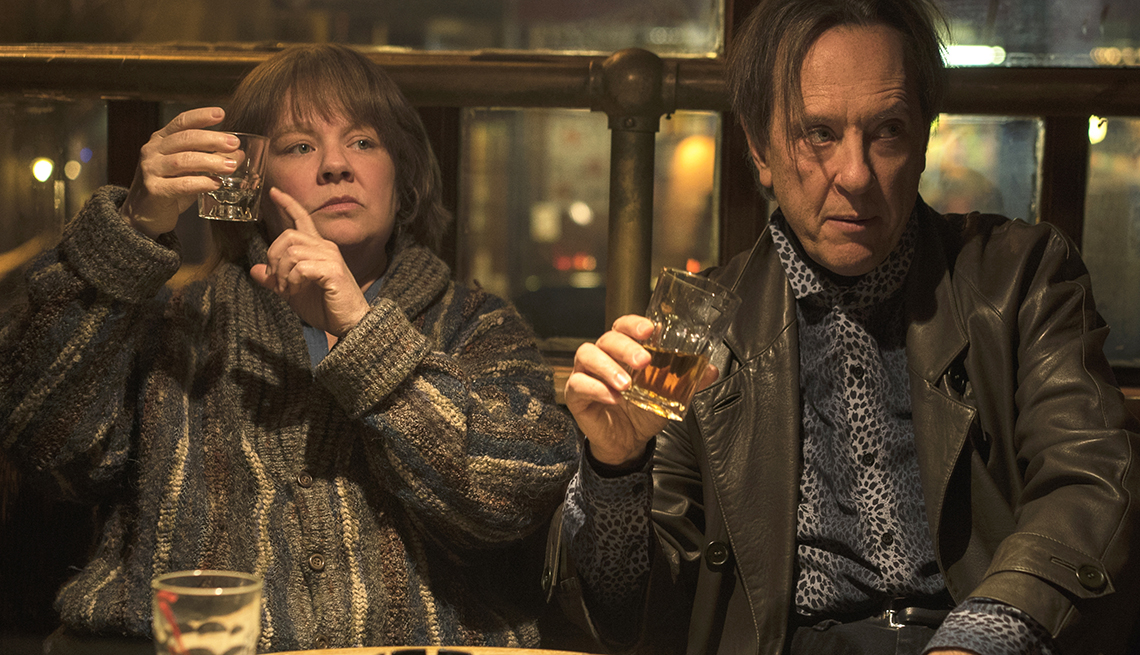 Melissa McCarthy plays writer-turned-forgery-artist Lee Israel and Richard E. Grant is her accomplice in the true story of Can You Ever Forgive Me?

The tone is set economically in an early scene, in which Israel reluctantly attends one of those mirthless, high-toned and rampantly competitive literary parties at Marjorie's tasteful classic six on the Upper West Side. As prolific best-seller Tom Clancy (Kevin Carolan) pontificates in the living room, swirling his brandy and declaring to rapt women that writer’s block is a sign of weakness, the already demoralized Israel desperately ambushes Marjorie, who won't return her calls. When that unsurprisingly backfires, she guzzles free booze from a crystal glass and leaves, but not before stealing another guest's overcoat from the coat check. A pathetic thief, liar and loose cannon she may be, but she's resourceful and, yes, a compelling — even sympathetic — New York character

As much as the director, writers and star swizzle together to create an intoxicating cocktail, the movie only truly pops when Richard E. Grant, 61, enters. Playing Israel's shady bar buddy and accomplice Jack Hock, he's a life force past his prime, a gay man living and spiraling in the AIDS era. The pair's verbal duets and disagreements in Julius', the venerable Manhattan gay bar on West 10th, lend authenticity to a film rooted in the dreams and disappointments of making it in New York City.

An unrepentant Israel wrote in her memoir, “I still consider the letters to be my best work.” This sharp adaptation displays McCarthy in her best work to date — and raises the bar for her future ambitions. 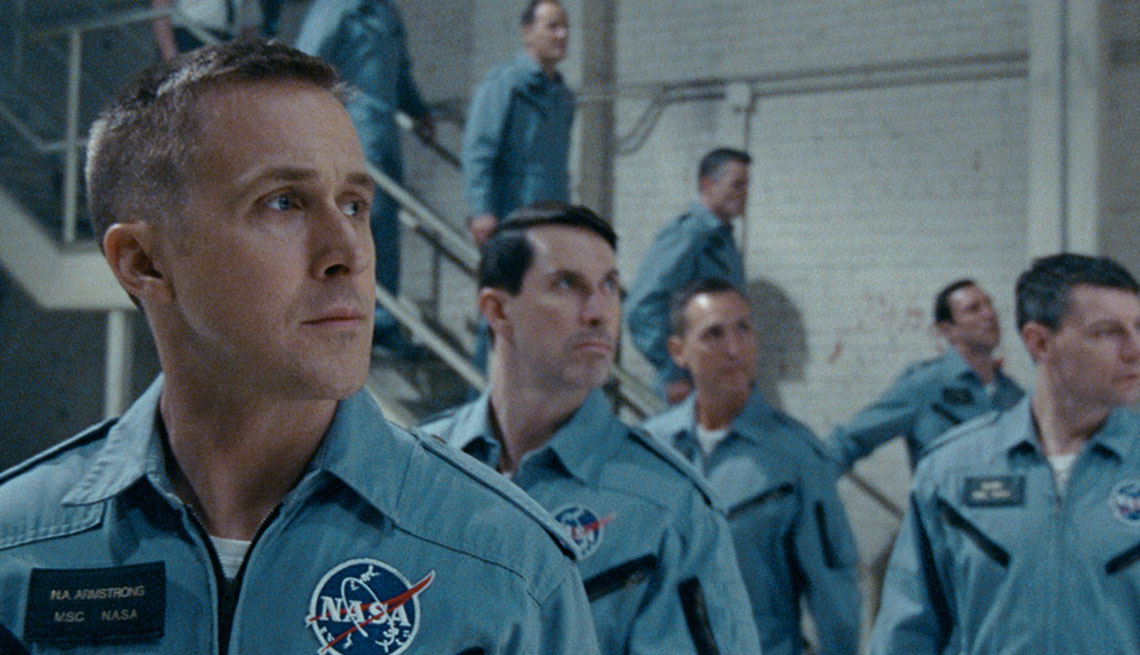 In 'First Man,' Ryan Gosling Has the Right Stuff 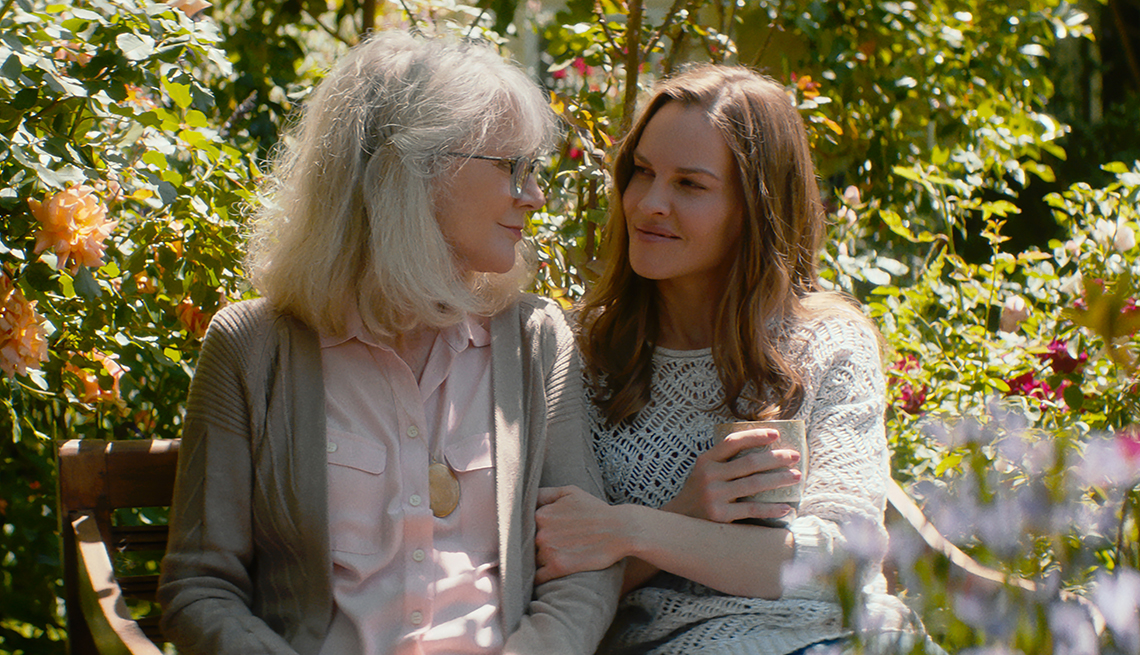 'What They Had': Love, Family, Caregiving