Even the greats usually flop trying to film Chekhov — see Sidney Lumet’s 1968 The Sea Gull, with Vanessa Redgrave (or, rather, don’t). But the new version with Annette Bening, 59, is a sizzling cinematic treat that doesn’t feel like highbrow homework. Shot on a Russian immigrant’s sumptuous 1909 upstate New York lakeside estate and directed by the guy who brought you the insanely sexy Tony Award winner Spring Awakening, it’s 43 minutes shorter than Lumet’s and 430 percent better (and sexier). The camera swoops from spectacular vistas to emotional closeups, and Chekhov’s notorious silent moments become punchy as gunshots, not long, painful pauses that only work onstage. 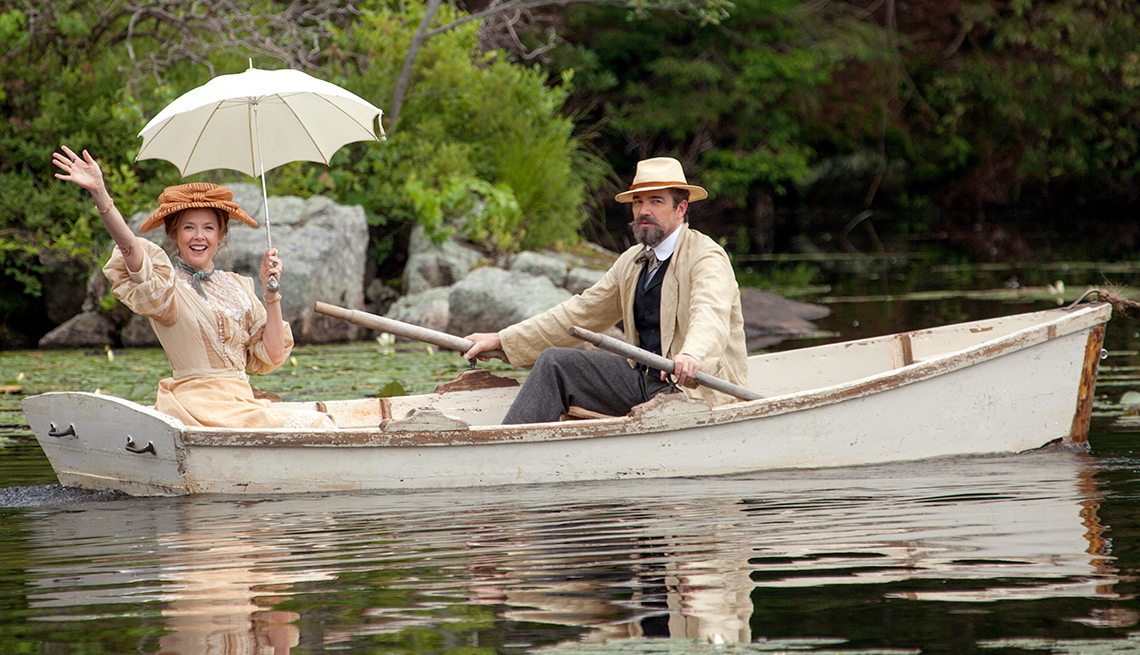 Chekhov's tale of romantic and artistic conflict sparks to life thanks to strong performances by Annette Bening and Jon Tenney, among others, in "The Seagull."

Bening has subverted Hollywood ageism by earning most of her Oscar, Emmy, Golden Globe (and three AARP Movies for Grownups) honors after 45, and her best part in years is Chekhov’s Irina. Irina is a great actress and diva who won’t face her age — “I could play a girl of 15!” — and attracts desirable younger men like Trigorin (House of Cards’ Corey Stoll), a famous writer who mines Irina’s family woes for his fiction, like a smooth literary vampire.

Irina’s worst problem is her high-strung son (Dunkirk’s Billy Howle), whose experimental play she heckles because she’s not the star, and his no-talent but radiant teen girlfriend (Saoirse Ronan) is. (You’ll see Howle and Ronan play a still more passionately messed-up couple in another awards-magnet film, On Chesil Beach, next week.) And when Irina walks in on the ingenue flatteringly chatting up Trigorin, she knows at a glance whose bed he’ll share next. Irina’s gun-toting son reacts badly to getting disrespected by his appalling mom and ambitious girlfriend. Chekhov based the kid’s freakout on the case of a friend who ignored his own son’s play, so the son killed himself — and the poor guy was in the audience at The Seagull’s premiere. One message of this tale is, everybody’s a vampire. 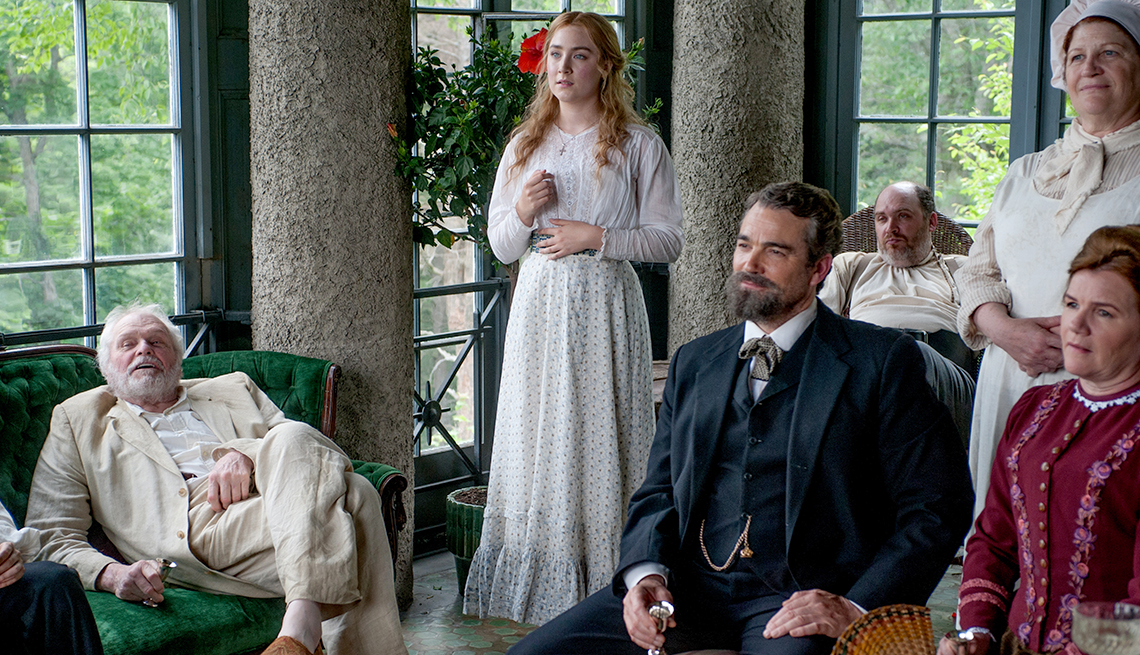 Did I mention that in this movie, ruthless vampires are sympathetic, yet funny? The Handmaid’s Tale’s Elisabeth Moss plays an alcoholic forever in black (“I’m in mourning … for my life”), vainly, tearfully courting Irina’s playwright son while treating the schoolteacher who adores her (The Marvelous Mrs. Maisel’s Michael Zegen) like dirt. Irina’s bachelor brother (quintuple Emmy nominee Brian Dennehy, 79) wastes his last days lamenting lost loves and sharing the wisdom of age that no one heeds, tended by his Chekhov-lookalike doctor (Jon Tenney), who loved Irina in youth and pines for her still. Naturally, he’s breaking the heart of weeping Polina (immortal Oscar and seven-time Emmy nominee Mare Winningham, 58).

The romantic roundelay is like a clockwork farce that casts vast, dancing tragic shadows, and the music, composed by two former Philip Glass assistants who graduated to horror film and prestige-picture scores, manages to be period-piece perky and cosmically austere. The personal clashes add up to a fascinating debate about what plays should be — traditionally, realistically crowd-pleasing or dreamily, modernistically symbolic? — and what love really could possibly be. Most deeply, The Seagull is a complicated story about aging and time — the inexorable way it changes while we stubbornly refuse to.

Producer Tom Hulce (Mozart in Amadeus) spent six years getting this Annette Bening masterpiece made. It’s worth 98 minutes of your time.