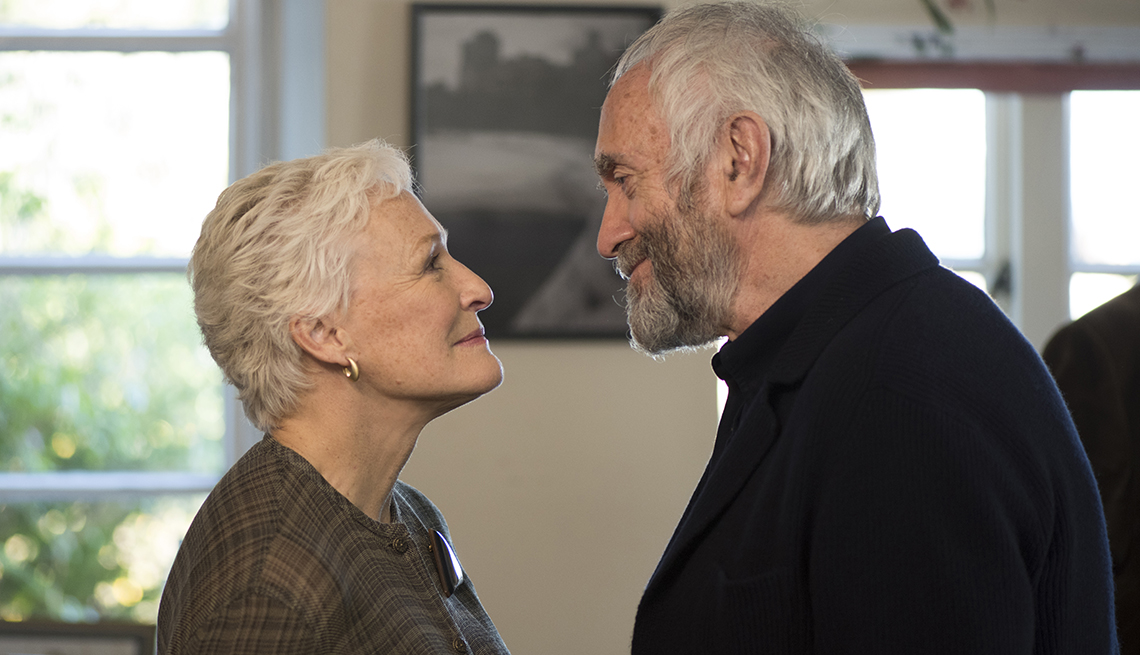 When The Wife (based on Meg Wolitzer’s 2003 best-selling book) premiered at the Toronto International Film Festival last September, the #MeToo movement had not yet gone viral. The movement may boost the film’s relevance, yet Glenn Close’s extraordinary performance as an abiding wife living in quiet desperation doesn’t require #MeToo for her voice to be heard.

Set in 1992, The Wife (in theaters on Aug. 17) focuses on Joan (Close). Highly educated, shy and the “devoted” wife of an acclaimed novelist (Jonathan Pryce), she begins to question her life choices when he wins the Nobel Prize. The independent and outspoken Close couldn’t be more different from the obedient wife she portrays in the film, so she looked to her mother’s life for direction.

“She didn’t have a career, but she was a very talented lady who basically deferred and sublimated herself to my dad their whole married life,” says the award-winning actress. The film was a family affair in another way, too. Close’s 30-year-old daughter, Annie Starke, plays the younger Joan in flashback scenes from the early days of her marriage. “I thought she did a terrific job,” Close notes. “I was very proud of her because she gets the original chemistry of their relationship.”