Game on! The writers of Horrible Bosses have topped themselves by directing a still perkier comedy about a weekly couples get-together for charades or Pictionary. One night, after obsessively competitive Max and Annie (Jason Bateman and Rachel McAdams) invite over their besties (Lamorne Morris and Kylie Bunbury, Billy Magnussen and his date du jour Sharon Horgan), Max’s insanely competitive venture-capitalist big brother (Kyle Chandler, 52) switches up the game plan. Instead of a board game they are going to have a home invasion by a company called Murder We Wrote, which stages mystery parties.

Fun for everyone, except the glum, party-pooper cop next door (skyrocketing Fargo star Jesse Plemons), whom they quit inviting because after his recent divorce, he’s a bore whose nerdiness exceeds their own, obsessing about whom his ex is sleeping with. The cop catches them in their driveway red-handed with a bagful of snacks, ready for a fun night without him. “Three-for-one Tostitos,” Bateman lamely claims — no party at all! “How would that be good for the Frito-Lay company?” the bitter cop inquires. His keen deductive reasoning will come in handy later. 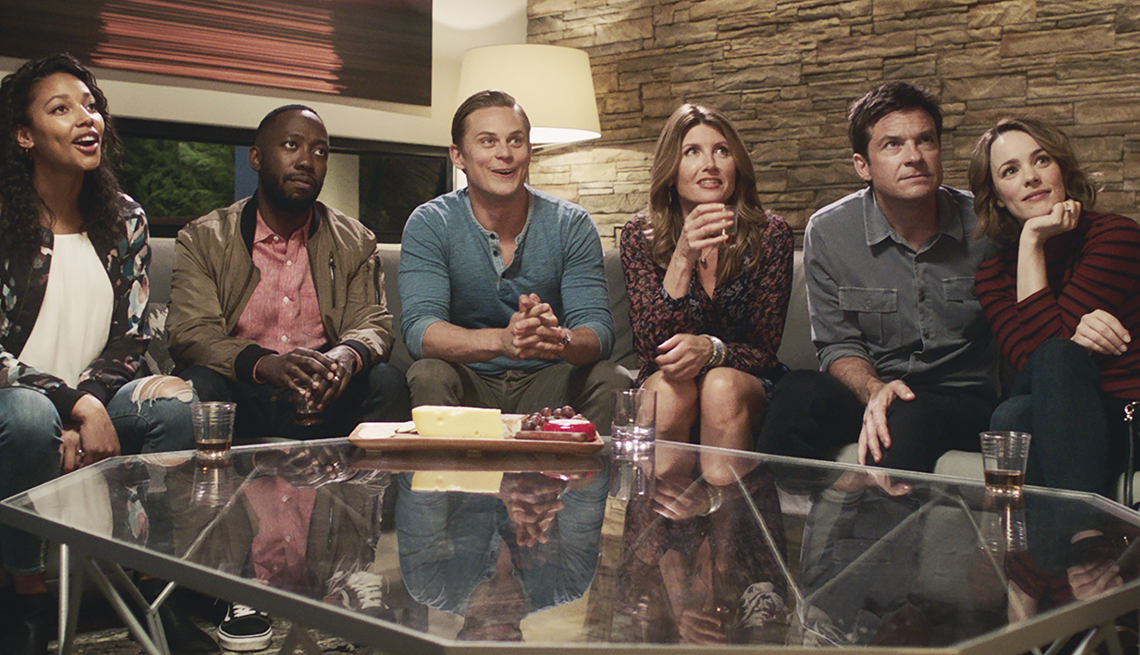 Annie, in particular, has a good time after the thug kidnappers break into the party, unaware that her gun is real, the thugs she threatens are actual criminals, and her brother-in-law is mixed up with them big-time. The ensuing gamer and gangster chases throughout the city to find a Fabergé egg in a wall safe are logical, fast and funny, with a teensy tang of danger, from suburban streets resembling a board game to a mansion where beefy guys pummel each other to amuse the guests of a rich gangster (Danny Huston, 55). In a film crammed with rapid fire pop-culture references, of course the characters compare the pugilist party to Fight Club, Eyes Wide Shut and Django Unchained. When characters say Max is like Donnie Wahlberg to his brother’s Mark Wahlberg, or Skeet Ulrich is the poor man’s Johnny Depp, they’ve got a point.

The scramble over the mysterious egg is nimbly shot in lengthy takes, and every parody of action flicks and horror movies lands light on its feet. And then they’re off on another chase, and to beg the snubbed cop for help. Even he hoards a secret or two, and it’s gratifyingly hard to see the narrative tricks around every corner. 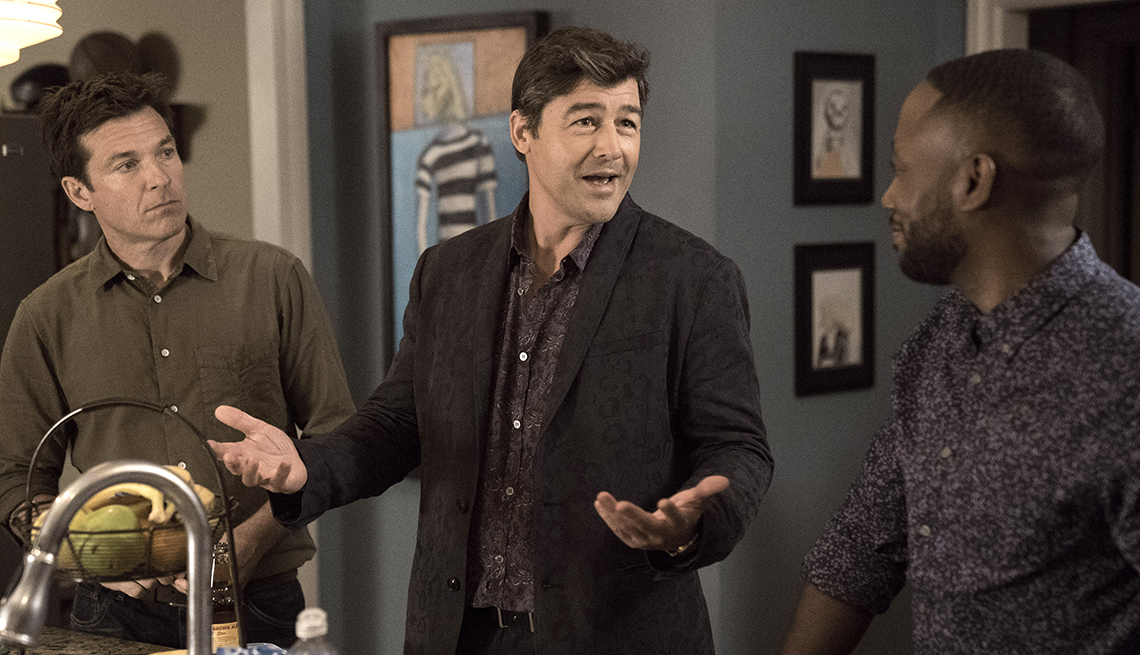 The characters have just enough humanity to engage us, and problems efficiently milked for laughs, plus a soupçon of earnest emotion. Max and Annie have fertility woes, and an amusingly horrible doctor (Camille Chen) who has fertile feelings for his big bro. Morris and Bunbury have an ongoing argument over which celebrity she slept with when they were on a relationship break; he does a hilariously nasty impression of the celeb in question. Magnussen, whose piercing eyes were so memorably psycho in Ingrid Goes West, plays with comic genius a two-digit-IQ fool, and Horgan is almost as good as his high-IQ date, rolling her eyes like lemons on a one-arm bandit at his rude cluelessness. Each learns a valid life lesson, except the dumbest guy, but it’s not icky or sentimental. The comedy steers just clear of gleeful nihilism — when Annie punches a bad guy into a jet engine that cuisinarts him, she feels awful for a second.

Game Night is no Girls Trip or The Hangover, a distinctive hit, but it’s better crafted than most lightweight romps. The cast is worth braving multiplex crowds to see. McAdams earns her comedienne wings, and Bateman’s subversive deadpan, which always works, works better than usual. Morris and Bunbury quarrel inseparably and adorably. Grownups score lots of laughs: Chandler besmirching his saintly Friday Night Lights image, Angels in America’s Jeffrey Wright, 52, as an actor peeved that he turned down a Disney cruise gig to play a Murder We Wrote party character, Michael C. Hall, 47, as a killer who isn’t kidding. It’s maybe 10 minutes too long, but stay through the credits — you’ll find out who the cop’s wife is dating. The guy’s got game.