Ethan Hawke, 47, has been boyish for most of his life, but he may get his fifth Oscar nomination and finally a win for playing a grownup, the haunted Rev. Ernst Toller in First Reformed. Writer/director Paul Schrader, 71, preferred Hawke to younger actors because “his face was getting some interesting wrinkles,” and there are many interesting wrinkles about this, Schrader’s best screenplay since Taxi Driver (1976), which he wrote at age 26 when he was a destitute, suicidal alcoholic living in his car, with nothing but his ulcer and his gun for company. He really felt like Robert De Niro’s Travis Bickle. 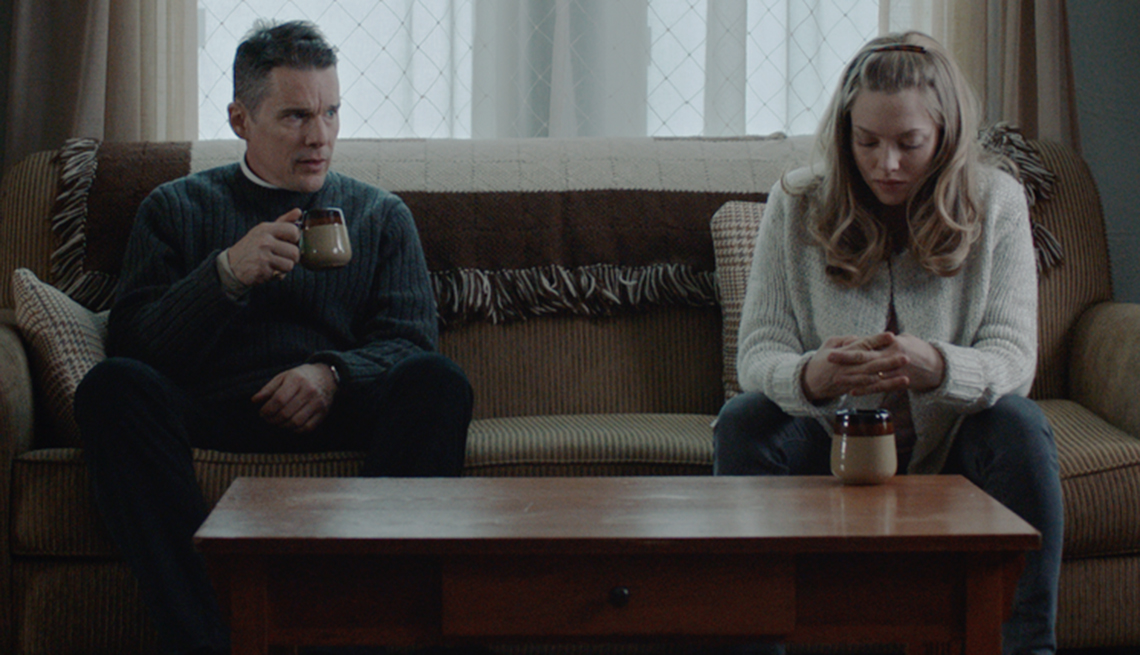 Hawke’s Rev. Toller is an alcoholic with deadly stomach trouble, divorced after he encouraged his son to volunteer in Iraq, where he died. He quits his job as a military chaplain and gets a job from Rev. Jeffers (Cedric the Entertainer, 54, who also deserves an Oscar nomination for this movie). Jeffers runs Abundant Life, a megachurch preaching the business-friendly prosperity gospel, financed by an evil plutocrat polluter. Jeffers also oversees the tiny First Reformed church nearby, a 250-year-old tourist attraction with maybe five worshippers, where he's hired Toller as minister. Kindly Jeffers advises Toller to stop wrestling with his conscience and go do good with the bad guy’s money. “You’re always in the garden. Even Jesus wasn’t always in the garden. He was preaching, on the mount … in the temples, in the marketplace.”

But Schrader — who began as a seminarian and door-to-door proselytizer in the hyper-strict Christian Reform Church — sees things in moralistic black and white. Jeffers freaks out when his First Reformed parishioner Mary (Amanda Seyfried) asks him to counsel her husband, a suicidal ecological terrorist. Toller becomes obsessed with environmental apocalypse, spiraling into his own personal inferno. 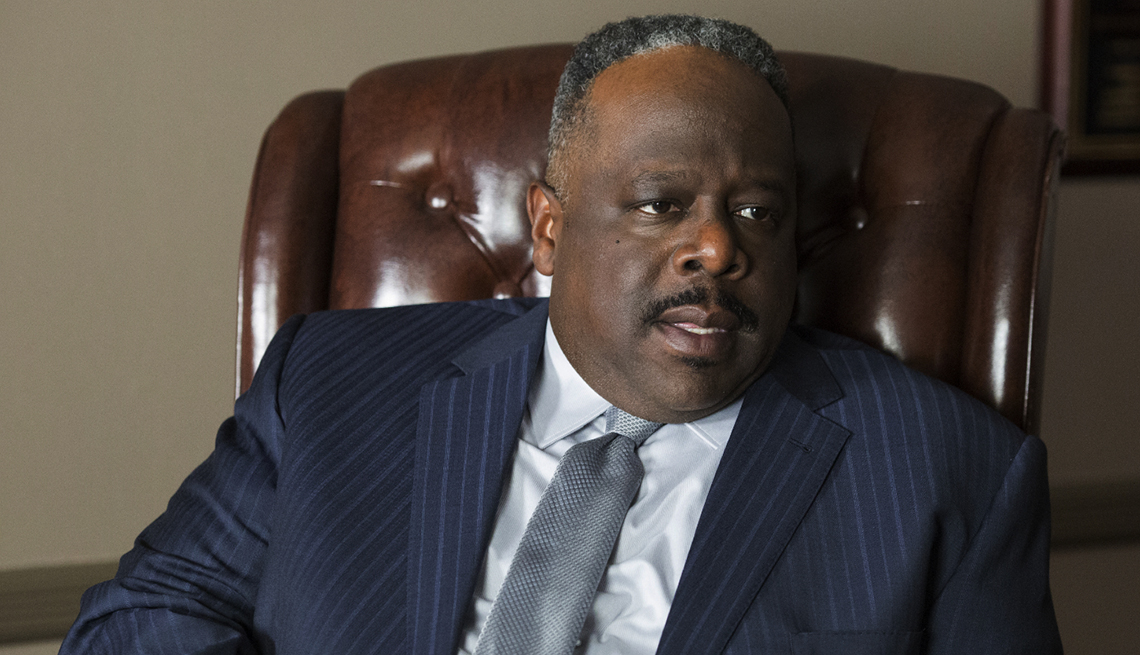 This must-see art house hit resurrects Schrader, whose films from 2003 to 2017 are all rated "rotten" on the movie website Rotten Tomatoes. (His 2014 Nicolas Cage flick Dying of the Light got a scary 9 percent favorable rating from critics on the website). First Reformed fulfills the promise of the early masterpieces he wrote (Raging Bull, Mishima, The Last Temptation of Christ). It marries his religious and cinematic obsessions, and he's said that only now does he feel he could make a movie in what he calls the quiet, "transcendental style" he championed as a film scholar. As a filmmaker, though, he avoided that style, going for sex, action and violence. But as he told NPR, "I said, well, you're going to be 70 ... it's time to write that movie you swore you would never write." So he combined the meditative style and elements of Robert Bresson's 1951 Diary of a Country Priest and Ingmar Bergman's 1962 Winter Light with the violent urgency of Taxi Driver. He told NPR, "There is a sense of completion, a sense that I've tied it all together." It’s like a Taxi Driver for grownups.

Christianity Today raved about First Reformed, and lots of Hollywood’s most godless people think it’s the best film of 2018. His distributor A24 (Moonlight, Ex Machina, Lady Bird) is doing its best to make Schrader its next Oscar winner. His return to the red-hot center of creativity is an inspiration to anyone who dares to believe that one's 70s can signify a new beginning. 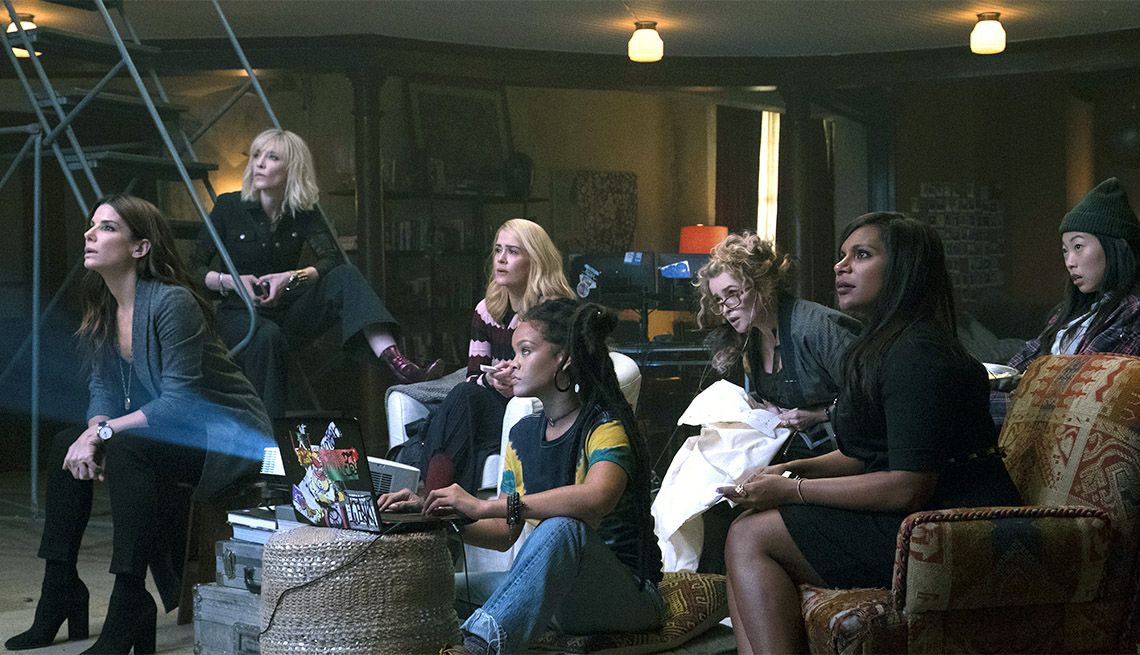 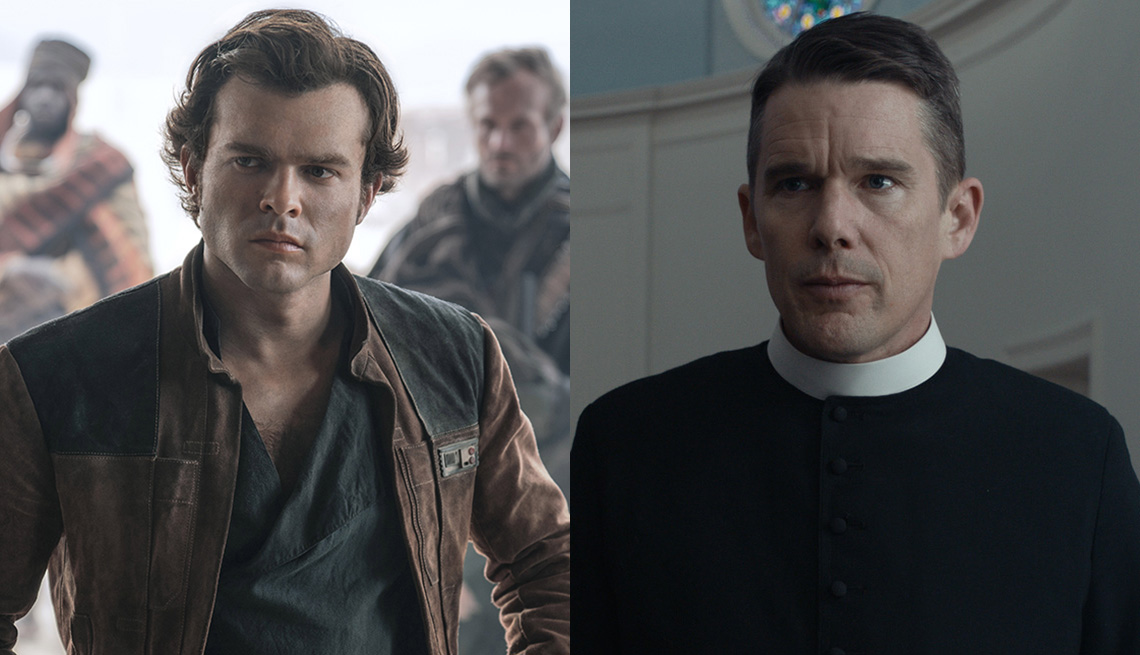 What to Watch This Weekend