Arrrgh! Paul McCartney is ready for some high-seas adventure.

The former Beatle recently posted a photo on Twitter in which he shows off his swagger in a beard, eye shadow and a bandanna, along with scraggly, beaded braids and a scarf under a wide-brimmed buccaneer’s hat. This is no early tryout of a Halloween costume but a close approximation of how he’ll look in Pirates of the Caribbean: Dead Men Tell No Tales, which premieres May 26.

McCartney is following in the footsteps of another legendary rocker. Rolling Stones guitarist Keith Richards appeared in two previous installments of the “Pirates” franchise as Captain Teague, the father of main character Capt. Jack Sparrow (Johnny Depp). No official word yet on whether Richards will make an appearance in the latest film, though he isn’t listed among the cast on the Internet Movie Database (IMDb) website. 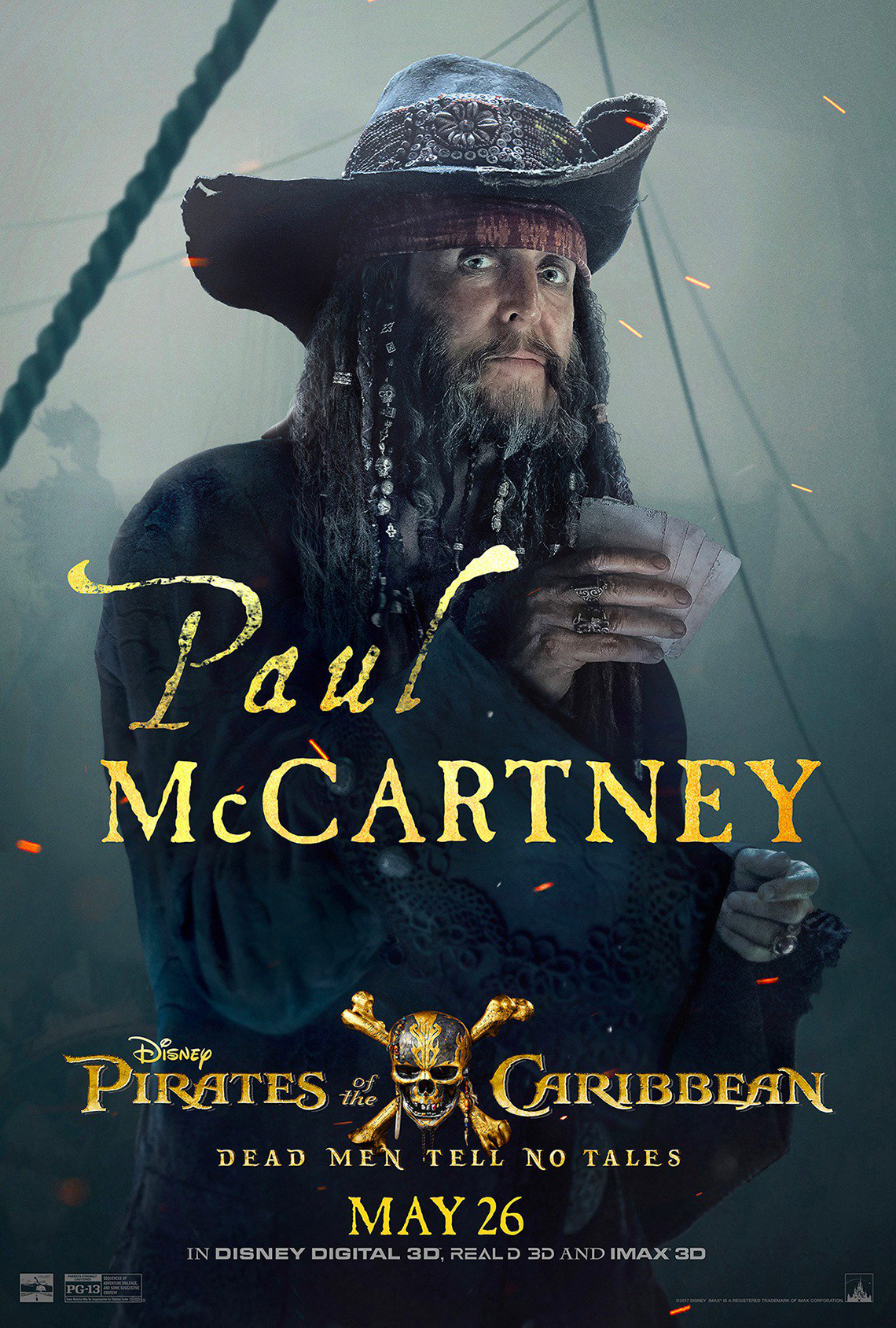 The singer-songwriter has long known Depp, a fellow musician who appeared in McCartney’s video for his hit “Early Days” in 2014. But he apparently was a late addition to the Pirates film. According to Deadline Hollywood, directors Joachim Ronning and Espen Sandberg and producer Jerry Bruckheimer actually added an entire major scene to the blockbuster, which had already wrapped, in order to include McCartney.

Though he’s been a rock star for more than half a century, McCartney hasn’t done that much acting before. He’s portrayed fictional versions of himself in “A Hard Day’s Night,” in 1964, “Help!” in 1965, and in the 1984 film “Give My Regards to Broad Street.”