Does a bold performance by a potbellied, thin-haired Matthew McConaughey give you reason enough to see the financial thriller Gold? Normally I'd say yes. But even the spellbinding Oscar winner can't perform alchemy on this movie's meandering and flabbily directed script.

Based on the true story of a scam that bilked investors of billions, Gold introduces us to a hapless prospector named Kenny Wells (McConaughey), who is about to lose everything after a decade of looking for lode in all the wrong places. On a hunch, he invests his last dime in an expedition launched by a fellow prospector, Michael Acosta (Hands of Stone star Edgar Ramirez), who's absolutely positive there's gold in them thar hills — of remote Indonesia.

When the pair return to the U.S. with news of one of the biggest gold strikes in history, the wolves, sharks and assorted vermin of Wall Street come pounding on their door for a piece of the golden pie. It looks like our boys have it made — but, of course, their problems are only beginning.

In his earlier films Syriana and Traffic, director Stephen Gaghan displayed remarkable skill at relating complex parallel story lines without disorienting his audience. Here, though, with a relatively straightforward tale to tell, he complicates matters unnecessarily. One-third of the way into the film, we suddenly discover we've been in flashback mode the entire time when Kenny pops up, telling his story to FBI agents. Meanwhile, the script takes any number of patience-testing detours.

These side trips include, among other things, a walk through a tiger's den and an amorous entanglement with an investment executive who has her eye on our roly-poly Kenny. Scenes go on way too long. One argument between Kenny and his girlfriend (Bryce Dallas Howard) in a hotel suite involves so much ineffectual stomping from room to room that I expected the folks downstairs to start pounding a broomstick on their ceiling. 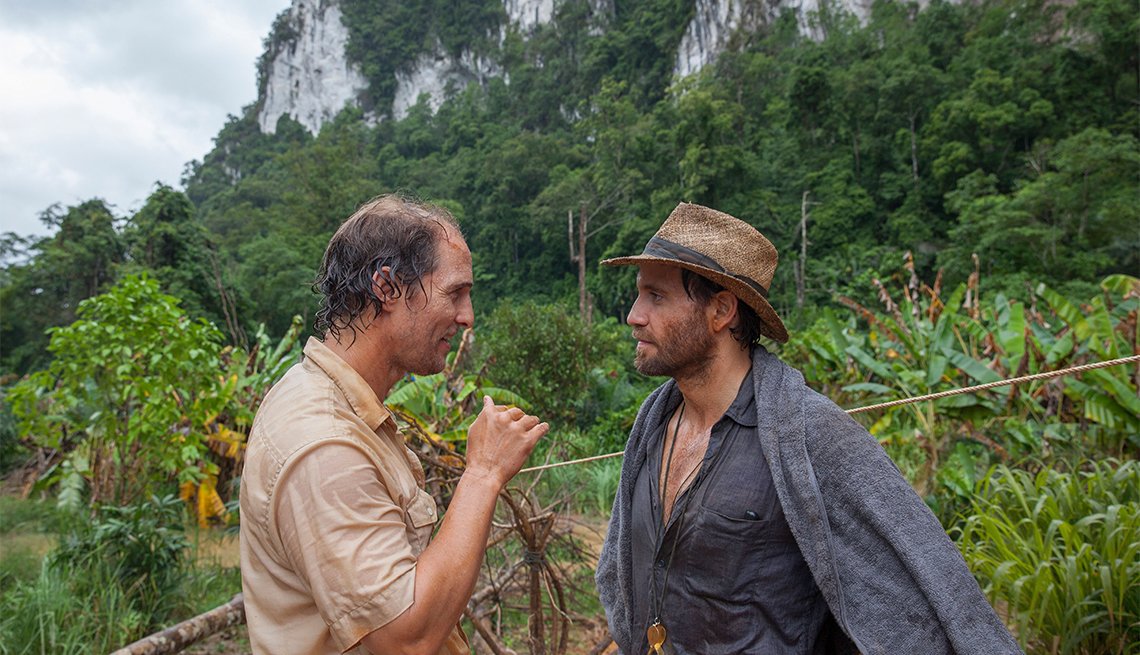 Still, there's the mesmeric McConaughey, his shirt buttons barely closing (he gained 40 pounds for the role), the few remaining hairs on his head perpetually askew, lurching about with front teeth so huge that he resembles Bugs Bunny doing a Groucho Marx impersonation. At times he looks less like the trim, tuxedoed Adonis you see driving a Lincoln Continental in those TV commercials and more like the grease monkey you'd see rolling under one.

His Kenny isn't lovable, and if he sat next to you on a bus, you'd start thinking about another seat. But he's that eager-to-please salesman you buy from out of pity, that socially awkward co-worker you can't help joining at his lonely cafeteria table. Beyond the cosmetic achievement, McConaughey has created a character who is hypnotically watchable and oddly sympathetic in his clueless repulsiveness.

It's easy to see that Gaghan was aiming for a bang-bang, over-the-top exposé of human ambition and excess in the vein of American Hustle, or perhaps even The Wolf of Wall Street. Unfortunately, this Gold standard falls considerably short.